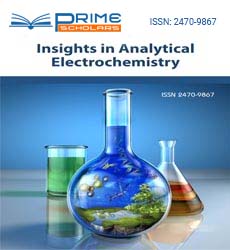 Jianqi Zhang is an honorably imported full-time professor and serves as the Dean of International School at the Inner Mongolia University of Science and Technology, Baotou, P. R. China. Zhang was raised in Baotou, a world-wide well-known city particularly enriching rare earths natural mineral resources and flourishing heavy industries in iron and steel making, manufacture of military canons and armored vehicles, extraction of nuclear resources and production of non-ferrous metals. He left hometown for pursuing undergraduate and graduate studies on Materials Science and Engineering in the University of Science and Technology, Beijing at age of sixteen and acquired BS and MS, respectively in 1986 and 1989. Then he was employed as an Engineer in the Beijing Institute of Aeronautical Materials from 1989 to 1995, developing advanced gas turbine blades and corrosion protection technologies, where he was conferred the Prize for Scientific and Technological Progress by the Ministry of Aeronautical Industry. In 1995, he was elected as a Ph.D. candidate by the University of Science and Technology, Beijing, advancing new generation superalloys and protective coatings with Professor Rizhang Zhu, the former General Secretary of Chinese Society for Corrosion and Protection. Zhang went abroad as a full-time graduate student leading to Ph.D. with scholarship sponsored by the United States of America in 1996. From 1996 to 2001, Zhang completed his Ph.D. in Materials Science and Engineering at the University of Central Florida, Orlando, Florida, USA, where he worked as a Research Associate with Professor Vimal H. Desai, the Director and Founder of the Advanced Materials and Processings Center, exploring the-state-of-art hot-section gas turbine materials and non-destructive evaluation techniques for monitoring life-long service of thermal barrier coatings. In 2000, he was also appointed as a Research Associate in the Oak Ridge National Laboratory on investigating the thermal conductivity that is correlated with the electrochemical impedance spectroscopy technology for ensuring resilient service of gas turbines. Zhang continued his postdoctoral studies with Professor Ronald M. Latanision at the Uhlig?s Laboratory, Department of Materials Science and Engineering at Massachusetts Institute of Technology in 2002 in promoting supercritical water oxidation technology for clean-up of nuclear and chemical wastes. Zhang worked as a Research Fellow with Professor Giovanni Zangari at the Center for Materials for Information Technology, University of Alabama, Tuscaloosa, Alabama and Professor Elizabeth J. Podlaha in the Departments of Physics, Chemistry and Chemical Engineering, Louisiana State University, Baton Rouge, Louisiana, in tailoring hard magnet nanomaterials for information storage technology and multilayered nanofilms and nanowires with giant magnetoresistance for MEMS devices in 2003 and 2004. As a Senior Research Professor from 2005 to 2006, Zhang joined Professor Michael S. Strano in the Department of Chemical and Biomolecular Engineering at the University of Illinois at Urbana-Champaign and Professor Albert Sacco in the Center for Advanced Microgravity Materials Processings, Northeastern University, Boston, Massachusetts, where Zhang pinpointed to innovating single-walled and multiwalled nanotubes arrays for sensoring biomolecular and chemical weapons as well as for focusing electron trajectory beams with high resolution for delicate fabrication of smart nano-devices. After honorably invited by the President of the Inner Mongolia University of Science and Technology, Baotou, P. R. China, Zhang has served as a full-time Professor and the Director for International Affairs at the University since 2006. He has launched research programs on advanced materials and smart technology, nanomaterials and micro-devices, corrosion and protection, and catalysis. He has authored 4 books, published over 100 peer-reviewed papers, and conferred 30 invited international talks. Zhang was elected as the Intelligentsia Elite in Contact to the Governors of Inner Mongolia Autonomous Region in 2008, Innovative Elite and Intelligent Attributor of Chinese Home-Returners from Overseas in 2012, and China Intelligentsia Elite from Overseas in 2017. Not only has Zhang organized and chaired internal and international conferences but acted in the editorial board and review committee as well. Zhang has initiated extensive world collaborations with the universities in USA, GB, Canada, French, Germany, Russia, Australia, Japan, Korea, Sweden, Poland, Mongolia, Thailand, Malaysia, as well as in Taiwan, Hong Kong and Macao for interexchange in high education programs and scientific research projects, and for joint congresses of faculty members and students. Zhang is an avid person in sports, he loves jogging, swimming and soccer. He is also a benign one who always stretches out his hands for the need of others. Zhang married Qian in 1996. His wife accompanied Zhang to USA and acquired Master?s degrees in Business Management and Information Technology there. The couple has one son.