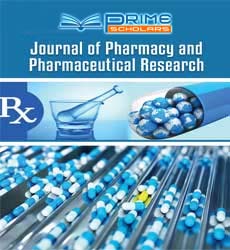 Dr. Hiroshi Nakagawa obtained his Ph.D. degree at Department of Bioengineering, Graduate School of Bioscience and Biotechnology, Tokyo Institute of Technology, Japan on March 26, 2004. He was a postdoctoral fellow and an assistant professor in the laboratory of Prof. Toshihisa Ishikawa, a member of the International Nomenclature Committee for Human ABC Transporter Genes, at Department of Biomolecular Engineering, Graduate School of Bioscience and Biotechnology, Tokyo Institute of Technology (2004-2010). Since September 1, 2010, he has been a Lecturer and a principal investigator in Department of Applied Biological Chemistry, College of Bioscience and Biotechnology, Chubu University, and has also taught there. For the last 15 years, he has his scientific interests in personalized therapy and prevention of cancer and locomotive syndrome. Dr. Nakagawa specializes in the functional validation of single nucleotide polymorphism (SNP), especially in ATP-binding cassette (ABC) transporter genes. He is just over 40 years old, but his achievements have published as more than 50 papers and 10 books. Dr. Nakagawa has invited more than 10 kinds of Journal editorial boards. In 2010, he won an award ?Special ABC2010 Poster Recognition Award? at The FEBS-ABC2010 - 3rd FEBS Special Meeting on ATP-Binding Cassette (ABC) Proteins: From Multidrug Resistance to Genetic Diseases.