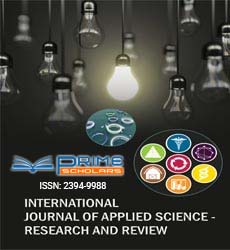 Dr. Enamul Hoque is an Associate Professor in the Department of Biomedical Engineering at King Faisal University (KFU), Saudi Arabia since September 2015. He also served as a Chairman in the Department of Biomedical Engineering at KFU for the period of January 2016 ? December 2016. Prior to joining KFU he served as an Associate Professor in the Department of Mechanical, Materials & Manufacturing Engineering and Head of the Bioengineering Research at the University of Nottingham Malaysia Campus from August 2007 to August 2015. He received his PhD in Mechanical Engineering (major in Biomedical Engineering) from the National University of Singapore (NUS), Singapore in 2007. He also obtained his PGCHE (Post Graduate Certificate in Higher Education) from the University of Nottingham, UK in 2015. He is a Chartered Engineer (C Eng) certified by the Engineering Council, UK and Fellow of Higher Education Academy (FHEA), UK. Besides, He is a member of several professional scientific bodies. So far, he has produced 6 books and 16 book chapters. He has also published about 150 technical papers in high impact referred journals and international conference proceedings. His research interests include the areas of Biomaterials, Biocomposites, Tissue Engineering, Stem Cells, Rapid Prototyping Technology, Nanotechnology, Nanomaterials, Bioenergy & Food Technology.