Background Multicentric pancreatic neoplasm offers a unique challenge to the surgeon with respect to the surgical procedure to be performed. Traditionally total Pancreatectomy was considered as the standard treatment in these patients. But due to the inevitable pancreatic state associated with the procedure alternative parenchyma sparing pancreatic surgeries have evolved as effective options. Middle preserving pancreatectomy is one such option when the pancreatic body is unaffected by any pathology. Methodology Two patients with multi centric pancreatic tumors who underwent middle preserving pancreatectomy for suspected neuroendocrine tumor were reviewed. We have also reviewed the English literature and found 26 cases of middle preserving pancreatectomy. The demographic, intra-operative and postoperative morbidity, mortality and the risk of pancreatic insufficiency associated with the procedure were evaluated. Results The overall morbidity was 32.1% (9/28), pancreatic fistula rate 17.8% (5/28), risk of re-operation estimated as 3.5% (1/28). There was no perioperative mortality. . The rate of endocrine and exocrine insufficiency to be 25% (7/28) and 17.8% (5/28), respectively. The reported length of remnant pancreas has varied between 2cm to 8 cm. There has been no reported case of pancreatic remnant necrosis and disease recurrence in the remnant pancreas on follow up. Conclusion Middle preserving pancreatectomy is a feasible, safe and effective alternative in carefully selected patients with benign or low grade multicentric pancreatic neoplasms.

Multicentric pancreatic neoplasm though rare can be encountered in patients with neuroendocrine tumors, cystic neoplasms, synchronous pancreatic adenocarcinoma or metastatic lesion from other organs [1]. These lesions offer a unique challenge to the surgeon with respect to the surgical procedure to be performed. The balance between radical resection and post-operative quality of life has to be considered. Conventionally total Pancreatectomy was the surgical option for multi focal pancreatic neoplasm, however it is associated with impaired functional outcome in terms of long term exocrine and endocrine insufficiency [2]. Parenchyma preserving pancreatic resection for multiple and low grade lesion has been described to circumvate the functional consequences associated with total pancreatectomy. These may vary from enucleation to segmental resection to preservation of small pancreatic segment. Middle preserving pancreatectomy is an attractive option in such patients [3]. Ever since its first description in 1999, only 26 cases has been reported in the English literature so far. Middle Preserving Pancreatectomy is a rare surgical procedure mainly due to lack of suitable cases. We hereby report our experience with two cases of middle preserving pancreatectomy performed over a period of seven years.

Both patients had almost identical presentation. Both were young females with clinical presentation of intermittent paroxysmal hypertension along with elevated urine and serum catecholamine level. One of them was a diabetic (Table 1). On imaging both had hyper-vascular lesion in the head and uncinate process of pancreas and similar lesion in the tail. One of them had similar nodule in the pancreatic body as well. Both had adrenal lesions suggestive of pheochromocytoma; one of the patients had bilateral disease. Both the patients underwent Middle Preserving Pancreatectomy and Adrenalectomy and both had an uneventful recovery (Figures 1 and 2). Figure 1: CECT with hyperenhancing lesion in the head and right adrenal gland (case #1) Figure 2: DOTA scan with tracer avid lesion in the head of pancreas (case #1)

After a rooftop incision, the peritoneal cavity was carefully explored and the pancreas was exposed. A standard Antrum preserving pylorus ring excisionpancreaticoduodenectomy was performed towards the head lesion. For the distal lesion, care was taken to preserve the dorsal pancreatic artery. A spleen-preserving distal pancreatectomy with careful dissection of the splenic vessels was done in one patients, while the other one with a large lesion impinging upon the splenic hilum, concomitant splenectomy was performed. In the patient where splenectomy was performed, the splenic vessels were ligated at the level of distal pancreatic transection. Both proximal and distal resection margins were confirmed free of malignancy on frozen section. The distal pancreatic stump was closed using a linear stapler. Care should be taken in leaving at least 5 cm of pancreatic remnant which was 6 and 8cm in the two index cases. The proximal end of the pancreatic stump was anastomosed end-to-side to a Roux en-Y jejunal loop. An end-to-side hepaticojejunostomy and gastrojejunostomy were performed in same order over a single jejunal loop. Figures 3 and 4 shows the end result of the surgical procedure. In the present study a total of 28 patients data were retrieved and analysed (including two from present study). For patients operated after 2007, the complications such as pancreatic fistula, delayed gastric emptying and post pancreatectomy haemorrhage were classified in accordance with the ISGPS definitions [4]. The mean age of the study group was 56.85 years (19-83 years), female to male ratio was 1:1.07. In the present review the most common indication for Middle Preserving Pancreatectomy was Intraductal Papillary Mucinous Neoplasm (10) and other indications were Pancreatic Endocrine tumors (4), Solid Pseudopaillary neoplasms (3), Metastatic Renal Cell carcinoma (3), chronic pancreatitis (3), pancreatic ductal adenocarcinoma (2), serous cystic neoplasm (1). 22 patients underwent one stage Middle Preserving Pancreatectomy while the remaining six patients underwent the surgery in two stages. The mean length of pancreatic remnant to be 5.5 cm (2-8 cm). In the present analysis we found the overall morbidity to be 32.1% (9/28), Pancreatic fistula rate was 21.4% (6/28) of which 7.14% (2/28) were grade A and 14.2% (4/28) was grade B. One patient had grade A delayed gastric emptying, while 2 patients had postoperative haemorrhage which was managed by coil embolization of the splenic artery in one and surgical reexploration in another. There have been no reports of peri-operative mortality or necrosis of the remnant pancreas till now. We found the rate of endocrine and exocrine insufficiency to be 25% (7/28) and 17.8% (5/28) respectively (Table 2). Middle preserving pancreatectomy has two potential sources of pancreatic fistula - pancreato-intestinal anastomotic site and stapled distal end of pancreatic remnant. So, theoretically can be considered to be at a higher risk of pancreatic fistula and perioperative morbidity. Perioperative morbidity and mortality associated with pancreatoduodenectomy and distal pancreatectomy are 38-44%, 1-4% and 13-54%, 0-4% mrespectively [17, 18, 19, 20, 21] which is comparable to Middle Preserving Pancreatectomy. In a recent metaanalysis, total pancreatectomy was associated with an overall morbidity and mortality of 31.1-57.1% and 1.6- 9.2% respectively with inevitable exocrine and endocrine insufficiency [22].

Dorsal pancreatic artery is the major supply to the pancreatic remnant and care should be exercised to preserve it [16]. This can be achieved by performing careful lymphadenectomy at the level of celiac and splenic artery. Both the patients in the present study had an uneventful recovery; this was probably due to the better preservation of blood supply of pancreatic remnant.

Pancreatic pathology involving the head and tail definitely has the potential of involving the pancreatic body. There is a risk of residual or recurrent disease in the remnant pancreas. In order to avoid the recurrence in the remnant pancreas after MPP, appropriate candidates should be selected through careful preoperative evaluation of malignant potential, and intraoperative frozen section analysis of the two resection margins. Furthermore, intraoperative ultrasound would be helpful to identify all of the lesions and to confirm that the remnant was disease free. There have been no reports of disease recurrence in the remnant pancreas after middle preserving pancreatectomy. However the patient should be kept on regular follow up to detect early recurrence.

Concluding, middle preserving pancreatectomy is a feasible, safe and effective alternative in carefully selected patients with benign or low grade multicentric pancreatic neoplasms. The procedure can be performed with acceptable morbidity and no mortality with a good long term functional outcome.

There are no conflicts of interest. 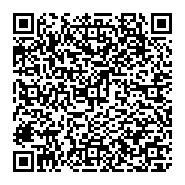