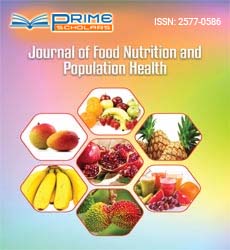 Maternal Malnutrition and Its Kick on Child Growth: An Alarming Trim for Pakistan

2Department of Biochemistry and Biotechnology, University of Gujrat, Pakistan

Visit for more related articles at Journal of Food, Nutrition and Population Health

Malnutrition affects overall mother and child health, survival, economic productivity of individuals and a healthy development and growth of a child. Malnutrition turn up, of lack of essential micro-nutrients include vitamins and minerals, their deficiency leads to serious problems during gestation period in mother and stunting in child after pregnancy [2].

Maternal malnutrition is a crucial contributor of low body mass index, anemia, micro-nutrient deficiencies and long term cognitive impairments in child [3]. According to National Survey of Pakistan 2011 it is reported that Pakistan has a high prevalence of child and mother under-nutrition. 44% children in Pakistan have stunted growth and one in two mothers is anemic due to lack of iron [4].

Micronutrients are collectively reported as vitamins and minerals. These micronutrients play essential role in the physiology of body their deficiency causes severe outcomes in maternal body and in fetus. Micronutrient deficiencies mostly reported in middle and low-income countries and cause several abnormalities like mental impairment [5]. Micronutrient deficiencies pose serious health effects on fetus and on mother such as irondeficiency anemia, pre-term births, post-partum hemorrhage, mental retardation, stunted growth of child are some of the outcomes of maternal malnutrition [6]. With the emerging motif of science and technology researchers find alternative approaches to overcome malnutrition in low-income countries. Oral supplements of vitamins and minerals are commercially available is one of the useful practice to deal with micronutrient deficiencies. Fortification and Bio-fortification of staple foods by plant breeding methods is also the egress in this biotechnology era [7].

Pakistan government has taken some initiatives and just started some nutrition programs with the collaboration of UNESCO and UN to control maternal malnutrition and child under-nutrition in Pakistan. Nutrition Intervention program has initiated by Khyber Pakhtunkhwa government to acknowledge public about nutritional supplements during pregnancy in pregnant females [8].

Maternal malnutrition is unremitting cling in South Asian countries. Investigators has reported multifarious factors for the maternal malnutrition in developing countries i.e., lack education, poverty (Figure 1) and lack of empowerment are considered as dominant obstacles in malnutrition in women. Many women suffering from stresses and these include inadequate supply of food, chronic energy deficit and poor healthcare [9].

Micronutrient deficiencies can affect any age group but these are more rampant in women during their childbearing age. Iron deficiency anemia is one of the most prevalent and observed complication globally but the most affected victims of iron deficiency anemia are women of developing countries. The primary cause of anemia is iron but poor dietary habits, inadequate supply of nutrients, menstruation and nutritional demands of the fetus during gestation period are the more pronounced secondary causes of anemia in pregnant females. In Pakistan, the prevalence of iron-deficiency anemia in maternal population are varied i.e., in married females of age 15-44 is reported 26% in urban areas while females of rural areas have iron deficiency anemia is reported to be 47%. Similarly, the prevalence of anemia in pregnant females is reported 29%-55% in urban areas attending private clinical checkups in tertiary hospital in Karachi [11].

Study conducted in Rawalpindi at tertiary healthcare center to depict the deficiencies of iron, folate and cobalamin. It is reported that in pregnant females iron deficiency is about (57%), folate (20%) and cobalamin (4%) during their first trimester. In Pakistan, it is reported that deficiency of iron is due to poor reabsorption of iron due to intake of chapatti because chapatti contains phytates, an inhibitor of iron reabsorption [8]. Recently revealed that 70% of pregnant females have iron-deficiency anemia is due to the lack of vitamin B12 deficiency [12].

Vitamin D is a steroid based vitamin and responsible for bone metabolism in body. During pregnancy vitamin D is most active in reproductive tissues and involved in immune modulation of body. Its deficiency causes severe effects on pregnant female and on its child, such as Preeclampsia, hypertension, gestational diabetes and preterm delivery and low birth weight of baby has been reported [14].

Women of low-income countries may develop hypothyroxinemia due to less dietary intake of iodine. In South Asian countries, Pakistan is thought-about the most iodine deficient country and the most prevalent cases have been reported in pregnant females. Due to iodine deficiency thyroid hormones not properly produce T3 levels in a body. This thyroid hormone is responsible for proper brain and neuronal development of fetus by the regulation of specific genes as a result fetus may abnormally developed nervous system [15].

Table 1 Demonstration of required nutrients and their physiological effects in pregnant females and on foetus.

Malnourished women face different problems during their gestation period at different intervals which may leads severe dilemmas (Figure 2). Severe iron-deficiency anaemia during pregnancy is one of the most frequent complication observed in low-income [17-25]. Second major issue reported during pregnancy in malnourished females is postpartum haemorrhage. Each year 140,000 females dying due to postpartum haemorrhage. Primary issue of postpartum haemorrhage is the lack of uterine muscle contraction which may leads to frequent bleeding and it is known as uterine atony. This postpartum haemorrhage is the leading cause of mortality and morbidity in pregnant females in Pakistan as well as globally. Pre-eclampsia is considered as third contributing factor in maternal mortality in Pakistan. Pre-eclampsia is a condition linked with high blood pressure during pregnancy. According to Pakistan demographic and Health survey of 2007 reported that lack of MgSO4 use in low and middle-income countries is the leading cause of preeclampsia. These factors have high risk of maternal mortality and severe effects on child growth [6,26]. Figure 2: Life cycle of poor nutrition and its affected victims and outcomes [10].

Iron deficiency in pregnant females may lead to low birth weight of their infants (Figure 2). Preterm births are the second more pronounced issue in Pakistan. It is reported that postpartum haemorrhage in pregnant females may often results in preterm births [27]. According to recent study it is reported that maternal stress and depression may the reason of preterm births. Biochemical mechanism of undernutrition is leads to the stress condition in pregnant female as a result cortisol releases from adrenal gland, this cortisol causes the release of oxytocin from posterior pituitary gland. In result, these hormones initiate the production of prostaglandins F2α (PGF2α) by the uterus, fetus and placenta. High levels of oxytocin bind with the intracellularly Gq type G-protein coupled receptors ultimately cause the release of second messengers Phospholipase C and Diacylglycerol via the inositol 1,4,5-trisphosphate pathway in turn, cause the in-flux of Ca+2 into the cell. This high level of Ca+2 causes the preterm contraction of the uterus ultimately cause pre-term births. On the other hand dietary supplementation consists of adequate amount of antioxidant micronutrients and omega-3 polyunsaturated fatty acids prevent preterm-birth (Figure 3) [28]. Perinatal mortality is may also the maternal malnourishment consequence and health of a mother describes the health of her child. Intricacies or complications during pregnancy, delivery may often lead to the stillbirths or perinatal mortality. Maternal anaemia, diabetes and hepatitis are contributing factors in perinatal mortality. It is reported in a study conducted in Pakistan 270,000 new-borns die out of 5.3 million births [29]. Small for gestational age (SGA) is a state in which infants weight and size is less than the average size and weight of the infants of the same gestational age. SGA is not a key contributor in infant mortality but it has more pronounced effects in later adult life i.e., cardiovascular diseases and diabetes. Preeclampsia, stress and low or high BMI of mother are reported factors in SGA [30].

Tawana Pakistan Project is one of the initiative by the government of Pakistan with the collaboration of Ministry of social welfare to convoy young girls and women to run nutritional awareness. With this program, almost 94,000 women were trained to combat malnutrition. With this initiative, a clear drop seen in malnutrition and in stunting in girls of primary schools.

Micronutrient initiative program designed with the aid of UN to eliminate micronutrient deficiencies among people of Pakistan. MI program screened micronutrient deficiencies among people of different target areas and provide them to proper supplementation of zinc and vitamin A, folic acid. Family planning and primary Healthcare program is another initiative of government to acknowledge people with the primary health care provided by the lady health workers especially in rural areas. The area of focus of this program is to provide sufficient information about maternal malnutrition and child health [36].

Malnutrition has become a global issue and it contributes key problems in a population of Pakistan especially targeting women and children. Malnourishment is totally linked with the mortality and morbidity in females and in children. Malnutrition in females results still births, post-partum hemorrhage and pre-term births. This would lead to the stunted growth in children and cognitive impairments and poor development. This stunting and wasting of children due to malnourishment become a hurdle in a national progress and would not be able as much productive. Pakistan government has made policies and initiate some nutritional related health program to control malnutrition in women and children of Pakistan. 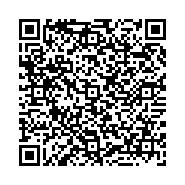 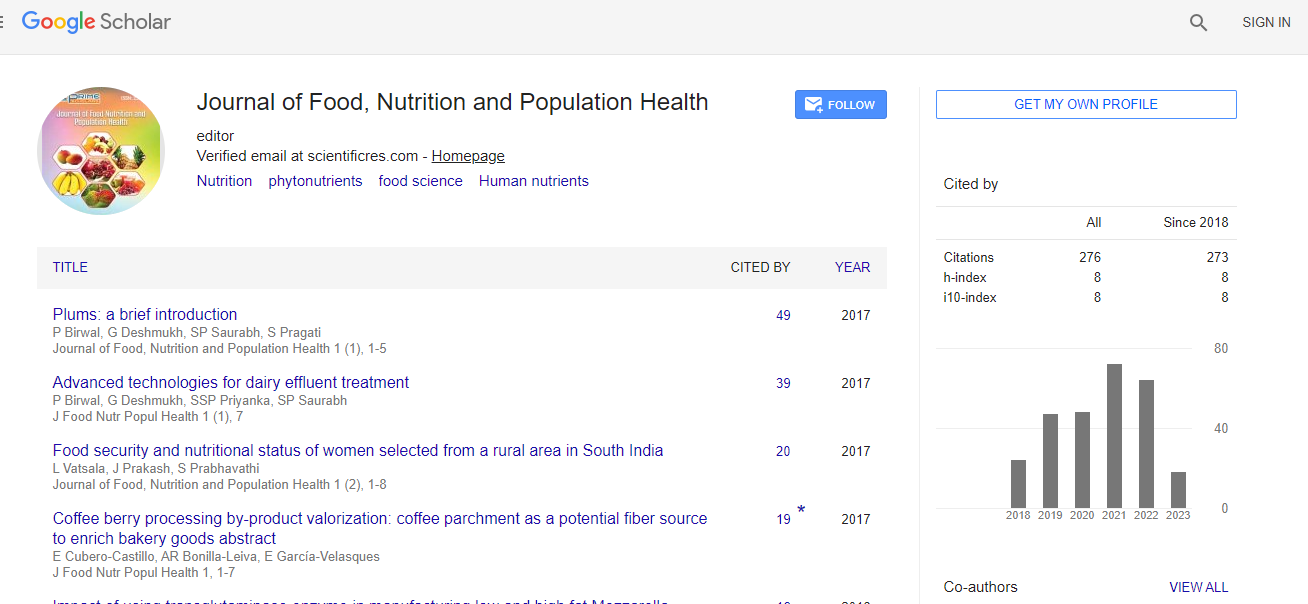