A 42-year-old man presented with 2 years history of recurrent episodes of upper abdominal colicky pain with recurrent hematemesis and melena for which he had several admissions and received multiple blood transfusion. He gave a history of acute pancreatitis about a year before. Patient never consumed alcohol. Patient was not a diabetic nor had any other comorbid medical illnesses. Repeated endoscopies done were unremarkable. Patient presented to our hospital with colicky pain and melena. Ultrasound scan of the abdomen showed evidence of chronic calcific pancreatitis. Hemoglobin done at our hospital was 6 gm%, Blood sugar 100 mg/dl and serum amylase was within normal limits. A side viewing endoscopy done was unremarkable. Contrast CT done after admission showed multiple stones in the body and tail of the pancreas with upstream dilated main pancreatic duct. Because of the association of chronic calcific pancreatitis and obscure GI bleed the possibility of hemosuccus pancreaticus was considered and a visceral angiogram obtained. Visceral angiogram showed a pseudoaneurysm from the splenic artery (Figure 1) confirming the possibility of hemosuccus. Since patient couldn’t afford angioembolisation and also since the chronic calcific pancreatitis was predominantly with the body and tail of pancreas with the pseudocyst in the same region a surgical treatment was decided. Anaemia was corrected by multiple blood transfusions and patient was taken up for distal pancreatectomy with splenectomy. Figure 1. Receiver Operating Curve (ROC) for the final nomogram (Area Under the Curve = 0.756; asymptotic significance <0.0001). (b). Calibration plot comparing the nomogram performance for each decile to the ideal prediction line.

At surgery dense adhesions were encountered between the tail of pancreas /spleen with the fundus of stomach and also with left adrenal gland. Pancreatic duct was dilated with multiple linear clots inside the duct along with stones (Figure 2). Adherent sleeve was removed enbloc with distal pancreas and spleen using a linear cutter stapler. Roux En Y pancreatojejunostomy done. Operative and post-operative period were uneventful. Patient at 1 year follow up was asymptomatic and had an Hb of 11 gm%. Figure 2. Receiver Operating Curve (ROC) for the final nomogram (Area Under the Curve = 0.756; asymptotic significance <0.0001). (b). Calibration plot comparing the nomogram performance for each decile to the ideal prediction line.

Hemosuccus pancreaticus is a known complication of chronic pancreatitis and a potentially life-threatening obscure cause of upper GI bleeding, described as bleeding from ampulla of Vater via Pancreatic duct. It is one of the least frequent causes of upper gastrointestinal bleeding and is most often caused by chronic pancreatitis, pancreatic tumours and pseudocysts [1, 2, 3, 4, 5, 6, 7, 8]. Though the cause for the upper GI haemorrhage remains obscure, increased awareness about the complication, improvement in diagnostic procedures like high resolution CT scan and CT visceral angiograms has helped in diagnosing this condition easier than in the past. In our case chronic tropical/idiopathic pancreatitis was the cause for hemosuccus as against most reported cases where chronic alcoholic pancreatitis was the aetiology.

Patients with gastrointestinal haemorrhage usually present with abdominal pain, gastrointestinal haemorrhage and high amylase levels [14]. Abdominal pain and bleeding are usually intermittent. Episodes of recurrent epigastric pain radiating to the back and resolving spontaneously are usually followed by melena. The abdominal pain is thought to be due to increased intraductal pressure caused by distension of main duct with blood [15]. Caly et al emphasized that the classic crescendo decrescendo nature of pain is found in about half the patients, caused by sequential distension and decompression of pancreatic duct caused by blood and blood clots [5, 16]. In our case the amylase levels were within normal limits possibly due to the pancreatic exocrine damage caused by chronic pancreatitis.

The various modalities that can aid in the diagnosis of hemosuccus pancreatitis are contrast enhanced computerised tomography scan of the abdomen, Esophagogastroduodenoscopy, visceral angiography and sometimes endoscopic ultrasound. EUS and Endoscopic Retrograde Cholangiopancreatogram (ERCP). Haemorrhage from ampulla is not commonly identified at gastroscopy due to the intermittent nature of the bleeding and the suboptimal view with a forward viewing endoscope. Endoscopy detects active bleeding from ampulla in only 30% of cases [8]. In rare instances, endoscopy demonstrates bleeding from the ampulla [17, 18]. Thus, endoscopy is usually not sufficient to make an initial precise diagnosis and a negative endoscopy does not exclude the possibility of hemosusccus pancreaticus. However, endoscopy is essential in ruling out other causes of upper gastrointestinal bleeding such as peptic ulcer, erosive gastritis, varices, and so on. Contrast CT abdomen is an excellent modality in demonstrating the pancreatic pathology and also can demonstrate features of chronic pancreatitis. Angiography is the gold standard for diagnosis and therapy. It identifies the causative artery and delineates the arterial anatomy for therapeutic interventions [4, 5, 10]. Angiography has a sensitivity of greater than 90% [19].

The treatment of hemosuccus pancreaticus should eradicate the source of bleeding completely. There are two approaches namely interventional radiologic procedures and surgery. If the source of haemorrhage is found by angiography then interventional radiographic procedures are the first choice for initial management with immediate good results in 79-100% of the cases and an overall success rate of 67% [19, 20]. The techniques for intervention include embolization via prosthetic material, balloon tamponade and stent placement. Coil embolization is the most frequently described technique. It stimulates thrombus formation in the pseudoaneurysm. However, it also occludes the artery and ischemia can develop in the tissue supplied by the artery if the collateral supply is poor. Balloon tamponade and stent placement can be used as a bridge to elective surgery. Recurrence rate of bleeding following angiographic embolization is around 30% [19].

Surgical treatment is indicated when there is uncontrolled bleeding, persistent shock, failure of embolization, rebleeding after embolization, or when initial angiography shows no abnormal findings. The various surgical procedures include distal pancreatectomy and splenectomy, central pancreatectomy, intra-cystic ligation of the blood vessel, aneurysm ligation and bypass graft [4, 19]. Most surgical procedures have shown success rates of 70-85%, at the same time operative mortality rates of 10- 50% have been reported in the literature [17, 19]. The rate of re-bleeding after surgery is around 0-5% [19]. Distal pancreatectomy for bleeding pancreatic pseudoaneurysms in the body or tail of the pancreas is a surgical alternative to angioembolization. In our case since the patient was stable and since the chronic pancreatitis disease was limited to the body and tail of pancreas, distal pancreatectomy eradicated both the source of bleeding from the splenic artery pseudoaneurysm and also eradicated the source of pain due to chronic pancreatitis. Hence a distal pancreatectomy with splenectomy was performed ligating the splenic artery at its origin. The proximal pancreas was anastomosed to a Roux Limb of jejunum. In a properly selected patient one stage surgery is a viable alternative with lowest risk of re-bleeding. When the pseudoaneurysm is located in the head of the pancreas, surgical resection is associated with increased mortality and morbidity rates, and independent angioembolization has been proposed as the recommended treatment modality of choice [4]. There was a report of emergency control of haemorrhage by ERCP and placement of multiple pancreatic duct plastic stents as a means of tamponade and the stents were removed electively after 2 months [21]. Endoscopic Ultrasound (EUS) guided thrombin injection or coiling of the affected segment of splenic artery is also an alternate mode of treatment [22]. 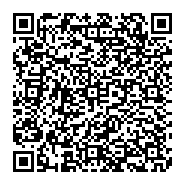