In children with bilateral Blount’s Disease, the vast majority of patients present with deformity of both legs concomitantly at the time of initial diagnosis. Although the severity of deformity may not be identical in each limb, it is generally present to some degree on both sides. Asynchronous presentation of bilateral Blount’s Disease has been reported in the Japanese literature8, but to our knowledge there are no reports of such a presentation in the English literature. We report this case due to its apparent rarity, and also as a reminder to maintain vigilance for the possible late development of contralateral deformity in patients with presumed unilateral tibia vara.

Blount described progressive varus deformity of the proximal tibia in children in 1937 in the English literature [1]. Osteochondrosis Deformans Tibiae, now known commonly as Blount’s disease, is classified based on the severity of the deformity, and patient age at onset of deformity. Blount’s disease may be used interchangeably with the term “tibia vara” in the literature. Langenskiold identified and classified the progressive radiographic changes of the medial proximal tibial physis of patients with untreated Infantile Blount’s Disease in 1952 [2]. Since the initial description, there has been substantial evidence that links obesity with the development of both infantile and adolescent tibia vara [3-7].

While deformity of the proximal tibia may occur either unilaterally or bilaterally, the most common initial patient presentation is bilateral disease. In children with bilateral disease, the vast majority of patients present with deformity of both legs concomitantly at the time of initial diagnosis. Although the severity of deformity may not be identical, it is generally present to a certain degree on both sides. Asynchronous presentation of Blount’s Disease has been reported once in the Japanese literature [8], but to our knowledge there are no reports of such a presentation in the English literature. We report this case due to its apparent rarity, and also as a reminder to maintain vigilance for the possible late development of contralateral deformity in patients with presumed unilateral tibia vara.

A 6-year-old black female presented with a history of bilateral knee pain at rest and with activity. In addition, the family noted a bowing deformity of the left leg. She had no history of trauma or injury, and no significant past medical history. Upon initial presentation, her weight was 33.4 kg, and her body mass index (BMI) was 25.48 kg/m2. Physical examination demonstrated a grossly level pelvis in stance with minimal leg length discrepancy, as well as full range of motion and ligamentous stability to each knee. There was an obvious unilateral varus deformity of the left leg. Standing radiographs revealed irregularities of the left proximal medial tibial physis and angular deformity consistent with Blount’s Disease (Figure 1). Of note, the contralateral right-sided proximal tibial physis demonstrated no evidence of similar radiographic changes, and the alignment of the right lower limb was both clinically and radiographically normal. There were no generalized physeal or epiphyseal changes evident on the lower extremity radiographs that might have generated concern for metabolic bone disease or systemic skeletal dysplasia.

Treatment options were discussed with the family, and nonoperative treatment was not felt to be appropriate due to the patient’s age and the magnitude of the deformity. Hemiepiphyseodesis of the lateral proximal tibia was recommended to the family rather than an immediate corrective osteotomy (Figure 2). This procedure was performed with an Eight Plate (Orthofix, Richardson, TX, USA) in an attempt to modulate the growth of the proximal tibia and generate correction of the deformity. There were no complications of this outpatient procedure, and the patient resumed full weight-bearing and activity in the immediate post-operative period. Following an uneventful postoperative wound check one week after the procedure, the patient failed further follow-up for approximately one year. Upon return, it was apparent that her left limb deformity had corrected significantly.

However, it was now obvious that she had developed a new deformity of the contralateral right leg. In addition, her BMI had increased in the interim, from 25.48 kg/m2 initially, to 28.19 kg/m2 upon return presentation. Standing radiographs demonstrated correction of the left limb deformity. However, there was the appearance of new changes of the right medial proximal tibial physis and angular deformity consistent with Blount’s Disease in a limb that had been uninvolved one year previously (Figure 3). In light of the uncomplicated correction of the left limb deformity, and the new onset right limb deformity, removal of the left plate and screw device is planned simultaneously with a similar growth modulating procedure of the right proximal tibia. Blount’s disease is a well-described entity, which if untreated, leads to progressive deformity of the lower limb in children and adolescents [9]. This appears to be secondary to an abnormality of the medial proximal tibial physis, which results in angular deformity. It appears that patient body weight and/or a pre-existing level of tibial varus may predispose patients to abnormal growth of that portion of the physis and increasing angular deformity, although the exact etiology of the epiphyseal changes is uncertain.

The epidemiology of Blount’s disease is documented poorly. There is no literature that details the prevalence or incidence of the deformity in the general population, although there is evidence that, at least in North America there is an increased incidence in black patients and an association with obesity [3-5].

Bilateral Blount’s disease is common, particularly in patients with early onset deformities. However, the exact incidence of bilateral involvement is unclear from the literature. What seems true is that those patients with bilateral deformity generally present with clinical evidence of bilateral involvement, and that asynchronous later development of tibial deformity in a limb that had been considered normal previously is extremely rare. To our knowledge, this has been reported only once to date [8].

Regardless of the true incidence of this phenomenon, it is important for those managing pediatric patients with Blount’s Disease to be aware of this possibility. The patient in question met BMI-based criteria for obesity, and her BMI had increased by greater than 10% in approximately 12 months. As such, with pre-existing deformity of the left side she may have been predestined for eventual development of deformity on the right. Regardless, this case demonstrates the necessity of continued vigilance in younger patients with unilateral Blount’s Disease. It is important diagnose the tibia vara patient as early on in the process as possible, preferably prior to the development of a severe deformity or the patient advancing closer to skeletal maturity. In cases of delayed diagnosis, the tibial deformity may not be amenable to less invasive methods of treatment, such as growth modulation procedures, and may require the use of procedures with higher risk and potential morbidity, such a corrective osteotomy of the tibia and fibula.

Asynchronous development of bilateral Blount’s Disease appears to be an uncommon entity. However, knowledge of its existence is important for those managing pediatric patients with lower limb deformity. In light of this finding, it is imperative that patients with presumed unilateral disease receive routine follow-up, most likely until skeletal maturity. This degree of follow-up should minimize the possibility of late presentation with significant angular deformity that may not be amenable to attempts at less invasive surgical intervention. 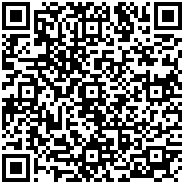