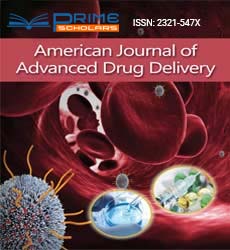 The literature on acid-evoked cough is extensive1-6, and the subject matter is accessible for study via animal models. It was reported that citric acid-evoked coughing observed in anesthetized guinea pigs (GP) could be mimicked by administration of hydrochloric acid but not by sodium citrate1. Citric acid-evoked coughing in anesthetized GPs is mediated by direct activation of capsaicin-insensitive vagal afferent nerves, perhaps through sequential activation of acid-sensing ion channels and chloride channels [1]. Repetitive sub-threshold activation of the cough receptors or coincident activation of C-fibers and/or nTS (nucleus tractus solitaries) neurokinin receptors lead to sensitization of cough [2]. Chronic cough has often been considered to be caused by gastro-oesophageal reflux, post-nasal drip, or asthma. Nonetheless, new insights in chronic cough revealed two important mechanisms that can initiate a cough: sensory-driven and protective cough reflex [3].

It has been demonstrated that chemical irritants bind to receptors on afferent nerves, opening ion channels on the terminals of the airway sensory nerves to activate nTS relay neurons via vagal sensory afferents, and ultimately activating motor neurons resulting in the cough reflex [4].

Citric acid is the gold standard for assessing the impact of H+ ions on post-inhalation (PI) cough. The threshold of cough for citric acid in humans (i.e., cough in 2 out of 3 trials with a nebulizer running for 15 seconds at 8 L/min by face mask method) is ≤ 0.8 M5. Animal models for cough have been reported, and the conscious GP is the most useful laboratory animal for experimental studies of chemically induced cough, as compared with the rat and rabbit6. The threshold of cough for citric acid in anesthetized GPs was reported as 0.03 M [1].

The present study focused on the chemistry of the chemical irritants, particularly on the physicochemical properties of the acids as the main cause of cough as induced by changes in the local pH at the site of delivery, and how this knowledge can be used to mitigate PI cough for inhaled drug products.

This paper describes an animal exposure study conducted in conscious GPs to investigate the difference in cough response as a function of the acidity constant of the irritant. The test animals were exposed to nebulized solutions of citric acid and maleic acid, relatively straightforward to prepare and aerosolize. The study with nebulized aerosols were aimed at assessing if the conscious guinea pig model provided a suitable test system to study acid-induced cough in dry powder formulations for inhalation. Cough studies with dry powders administered intratracheally to anesthetized GPs has been reported in the literature7, but not to conscious, unrestrained GPs placed within a whole-body exposure chamber.

Preparation of solutions: Dose-response characteristics were studied using nebulized solutions of citric acid and maleic acid, prepared over a range of solution strengths to achieve three dose levels of each treatment. The solutions (100, 200, and 300 mM citric acid and 25, 30, 50, 100, and 200 mM maleic acid) were prepared fresh daily. Prior to use, the pH of each formulation was measured and compared to the predicted pH. The pH of the solutions were measured with an Accumet XL150 pH meter (Fisher Scientific, Bridgewater, NJ) calibrated daily.

Dose-responses of cough to nebulized aerosols were studied in conscious GPs by using a whole body plethysmography system, and the cough characteristics were obtained by real-time monitoring and recording of audio, video, and respiratory flow signals.

Animals: A total of 30 Dunkin-Hartley GPs (250-350 g) were obtained from Charles River Laboratories, Inc. (Wilmington, MA) over the course of the study (nebulized citric and maleic acid exposures). The animals were housed in filter top cages with ad libitum access to water and food. The room was constantly ventilated and the temperature kept at 23°C. The animals were quarantined for two weeks before experiments. After quarantine, the GPs were individually placed in the aerosol exposure chamber for 45 min/day × 3 days for habituation.

Ethics statement: In vivo procedures were conducted under protocols approved by the Lovelace Respiratory Research Institute (Albuquerque, NM) Institutional Animal Care and Use Committee (IACUC). These facilities are accredited by the Association for Assessment and Accreditation of Laboratory Animal Care (AAALAC) International. Animals were examined twice per day (morning and afternoon) on each day of the study. No adverse clinical signs were noted during the course of these studies. Animals were fed a certified diet twice daily and allowed water ad libitum.

Aerosol exposures: A summary of the aerosol exposure treatments conducted in this study is shown in Table 1. The animals were exposed to liquid aerosols generated by nebulizing solutions of citric acid and maleic acid. These experiments were performed to confirm the suitability of the GP model for assessing cough challenge response, and to verify the soundness of the test methodology, as a prelude to further studies with inhaled dry powders (not reported here). Three solution strengths of each acid were selected so that a dose-response assessment could be conducted. Maleic acid solution strengths were lower compared to citric acid, based on the expectation that, as a stronger acid, maleic acid should evoke a cough response at lower strengths, assuming comparable aerosol delivery. The solutions were made fresh on the day of exposure and the pH measurements recorded (Table 1).

Note: aFor the maleic acid the dosing regimen (i.e., solution strength/aerosol concentration and exposure duration), were defined after conducting pilot runs with a small number of animals.  The table reports only the number of animals that received the final treatment

A schematic diagram of the aerosol exposure system has been illustrated in Figure 1. The test aerosols were generated using an Aeroneb Lab vibrating mesh nebulizer (Aerogen Ltd., Galway, Ireland) attached to a whole-body plethysmography exposure chamber (Buxco, Wilmington, NC, USA). A bias air flow of 1 L/min was maintained for the duration of the experiment. For measurement of aerosol concentration, the chamber exhaust flow was sampled through a Pallfex filter (Pall Corp., Port Washington, NY 11050) at a flow rate of 0.6 L/ min during nebulization. Measurement of “dose” of nebulized aerosol was done by drying the filter and weighing (i.e., gravimetric). The chamber pressure was maintained slightly positive, with 0.4 L/min allowed to vent out of the chamber for respiratory signal optimization. During dosing, each animal was individually exposed to nebulized isotonic saline (SL), and then randomly to the three selected concentrations (Table 1) of citric acid and maleic acid solution for two minutes, respectively, to assess cough response in the test animal. The animal was kept in the chamber for 30 min after the exposure to record the evoked responses and their recovery. At least two hours were allowed between two consecutive exposures. After completion of exposure runs and assessment of cough response, animals were euthanized by intraperitoneal injection of an overdose Euthasol solution (200 mg/kg) (Figure 1). Detecting cough response: To detect cough, an omni-directional lavalier microphone system (UTX-B2, Sony, Japan) was mounted in the roof of the plethysmography chamber to record the sound, similar to previous reports8-10. To monitor animal behavior, a video monitor (Q2F-00001, Microsoft Corp, USA) was placed outside of the chamber. The digitized respiratory flow signals, the sound from microphone, and the video were recorded simultaneously with a data acquisition and analysis system (Powerlab 8/sp and LabChart 7 software, ADInstruments Inc., Colorado Springs, CO). The number of coughs was counted by two trained observers to ensure that only coughs but not sneezes or augmented breaths were counted.

A typical cough response, as reported before [8,11], was defined by the simultaneous appearance of: (1) A transient and great change in the respiratory airflow (a rapid inspiration followed by rapid expiration).

A non-parametric one-way ANOVA analysis12 was performed for each test article, with the animal ID treated as a blocking variable. Post-hoc multiple comparisons were performed using Dunn’s test13, with the isotonic saline exposure designated as the control, to assess cough response over the range of solution concentrations tested. Calculated P values of less than 0.05 were considered to be significant.

The threshold of cough for citric acid is ≤ 800 mM in humans and 30 mM in GPs (vide supra). It is important to define experimental conditions for the reported threshold of cough for GP in order to relate this value to the data generated in the present study. For the 0.03 M reported value in GP, citric acid was applied topically in 100 μl aliquots directly to the tracheal mucosa of anesthetized GP1. The relationship between pH, pKa and the concentration (Ca) of a weak acid is described by Eq. (1), and is valid for 3 < pKa < 11 and Ca > 10 mM [14].

Upon dissolution of citric acid in water, most of the contribution to the (low) pH will be attributed to the first pKa. By neglecting the other pKa contributions, the pH of the threshold of cough in humans can be calculated from Eq. (1) and it is 1.51. The reported pH value in water for 0.8 M (15%) citric acid is 1.47 [17]. Similarly, for GP the calculated threshold of cough is at pH 2.2 (for 0.03 M).

If the cough is mediated through sequential activation of acid-sensing ion channels and chloride channels [1], then the proton concentration is directly responsible for this mechanism. Let us consider the maleic acid at the lung pH (7.0-7.2) [18]. The first pKa of maleic acid is pKa1 = 1.93 (ΔpKa1/Δt ≈ 0) [19]. The simplified Eq. (1) in this case is no longer valid (pKa1<3); instead, the initial concentration of the acid, Ca can be calculated from the dissociation constant of the weak acid, shown in Eq. (2) [14].

The reported value for the threshold of cough in GP for citric acid (0.03 M) and the calculated value for maleic acid were used to guide the experimental design. Experimental data from nebulized acid exposures are presented in Figures 2 and 3. Figure 2: Representative recording of GP cough events before, during, and after exposure to nebulized citric acid (CA) Figure 3: Dose response to nebulized citric (solid circles) and maleic acids (solid squares). The lower cough threshold for maleic vs. citric acid is consistent with a proton-mediated mechanism of action. The error bars represent ±1 standard deviation around the mean

A typical recording of the cough response for an animal exposed to nebulized citric acid. Panel A shows time traces of the respiratory flow signal (colored red), and the audio signal from the microphone (colored blue). Panel B is an enlarged segment of recordings marked with a thick bar in panel A. The arrows in panel B indicate cough events (Figure 2).

The data above demonstrate that the GP model is able to differentiate the cough response of maleic acid vs. citric acid, and that the threshold of cough (1-2 coughs in 2 min) for maleic acid (~30 mM) is lower than that for citric acid (~100 mM). The lower threshold of cough for maleic acid as compared to citric acid is consistent with the mechanism of action mediated by protons, in a dose dependent way. While comparison of dose response characteristics across studies is often clouded by differences in the mode of aerosol delivery, it should be noted that the doseresponse relationship observed for nebulized citric acid is similar to that observed in a previous study [20] where nebulized citric acid was dosed to conscious guinea pigs.

Overall, the experiments with nebulized acid solutions helped establish confidence that the guinea pig model is well suited for evaluating acid-evoked cough response. This has practical relevance to the development of inhalation drug products, where there is interest in studying post-inhalation cough, an adverse event often observed during dose administration (Figure 3).

The authors are indebted to Dr. Jeff Weers for his generous support and guidance in conducting this research.