A fundamental question in quality improvement (QI) is why do QI initiatives succeed or fail? Even when using apparently similar methods, there are marked variations in outcomes from QI interventions and the effects ofwidely usedmethods, such asQuality Improvement Collaboratives (QICs) are often unpredictable.[1] This has even led to scepticism about whether these methods could work.[2] Three main elements determine whether and to what extent QI initiatives succeed: first, the topic and evidence for the change;[3] second, the interventions or activities used;[4] and last, but by no means least, the context in which they are applied. The first two elements are often the focus of greatest attention, perhaps because they are easier to conceptualise. What is less well understood is the context of improvement. By context we mean the various contributors to the improvement effort, including staff and patients at the clinical ‘coal-face’ (termed the clinical microsystem), the QI team, organisational structures and functions and the wider triggers, motivators and influences within which these groups are operating.

Kaplan and colleagues have recently used a consensus method with a group of experts to develop the ‘Model forUnderstanding Success inQuality’ (MUSIQ) which begins to delineate these contextual factors and explain how they might influence each other and the outcomes of QI efforts.[5] Clinical microsystem factors conducive to improvement include QI leadership, culture, capability and staff motivation at the front line of care. The qualities of aQI team which increase their effectiveness include previous experience of working together, expertise (QI and subject for improvement), team structure (leadership and diversity) and behaviour (decision making and behavioural norms). QI teams may be internal or external to an organisation or sometimes a combination of both. Organisational factors likely to enhance QI initiatives include QI leadership, executive support for the QI initiative, the maturity of QI culture and organisational capability. Workforce and financial resources, data infrastructure and payment mechanisms may also relate to the organisation. Finally, there may be specific triggers or strategic imperatives driving the QI initiative influenced by internal considerations or forces external to the organisation (Figure 1). Kaplan and colleagues readily acknowledge that their model needs to be adapted for different settings and different QI initiatives in which some of these elements may be absent or subsumed into other health system components. The model focuses on what and how: which contextual elements might be present and how they might affect each other and the outcomes of theQI initiative. This is a problem inherent in themodel. The focus on structure assumes that some or all of these elements need to be present for a QI initiative to be successful. However, these elements seem to derive from experience of large-scale QICs and demonstration projects, the same initiatives that have led to variable or disappointing effects. There is less discussion of the when and why: when interactions might occur and why they might have more or less effect on outcomes. Braithwaite and colleagues discuss these issues by considering whether we might better utilise the natural properties of complex sociotechnical (human–behavioural– health technology) systems.[6]

Interactions in such systems with their complex network of people and services are governed by mathematical laws that describe the behaviour of natural networks.[7] Applied to health care, the network is conceptualised with individuals or organisations as vertices and social interactions as edges. The Barabasi– Albert model, named after the scientistswho proposed the notion, states that networks expand continuously by adding new vertices, which attach preferentially to others that are already well connected, so called nodes; nodes with very large numbers of connections are termed hubs. Even hierarchical organisations, such as those in health care, are predicted to develop as a characteristic of these principles.[8] So to understand when and why some QI initiatives fail and others succeed we need to understand how these natural networks operate.

Part of the answer lies in the tendency for natural networks, which includemany of the networks involved in QI, to resist standard management measures. Instead, different strategies are required to influence natural networks. Such networks of individuals or organisations are often interconnected in a way that makes their behaviour unpredictable: their boundaries are fuzzy, their actions are based on tacit internalised rules, they are embedded within other groups or organisations and they are able to adapt and co-evolve with them in response to various stimuli. Interaction within and between networks leads to novel behaviour that is often non-linear (not a simple cause and effect) and unpredictable; but within this seeming chaos there are often recognisable patterns of behaviour and influence. [9] To influence networks different patterns of tools, communication and behaviours need to be orchestrated: these are sometimes called ‘attractor patterns’.[10]

The characteristics of self-organisation, interaction and communication within such networks are beginning to be understood.[11] Opinion leaders are central nodes or hubs in natural networks: they are individuals, often in leadership positions, who are better connected, have greater influence on others within their networks and are therefore important change agents in any QI initiative. Natural communication is often informal and through complex, ‘small-world’ paths. The messages that are heard have natural appeal and are termed ‘sticky’. Complex information needs to be organised into natural categories or maps to be communicated in an accessible way. When this information becomes so well diffused that it forms part of the collective knowledge sufficient to be acted on, it reaches a natural ‘tipping point’.6 Finally, we need to understand successful between-group behaviour, by recognising the importance of various barriers and facilitators to communication such as professional identity, organisational culture, homophily (attraction to those that are similar to us in various attributes) and communication style.[12] 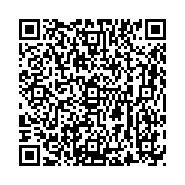