What is the importance of the referral letter in the patient journey? A pilot survey in Western Australia

Background Access to specialists is mediated by general practitioners in many countries. In these settings, specialists rely on information in referral letters when deciding which cases to schedule for their clinics. Method Two-hundred and seven consecutive referral letters to gastroenterologists were scored for the amount of information relayed to the specialist, using a published schedule. The ‘quality’ scores for these referral letters were compared for four groups of patients: patients diagnosed with histological lesion, those with no histological lesion, those who failed to attend clinic, or those who had a diagnosis unknown. Forty-two referral letters were generated with a range of quality scores. Four gastroenterologists were asked to identify which letters described patients ‘likely’ to have a significant or benign colorectal condition, and whether they could triage the cases for their clinic given only the information in the letters. Results It was not possible to differentiate which letters related to patients in each of the four categories (P = 0.6). Patients who failed to attend were more symptomatic than those with a histological lesion (35.4 versus 28.2, mean difference 7.14, 95% confidence interval (CI) 14.1 to 0.15, P = 0.045). Patients referred ‘urgently’ were not, on the basis of the referral letters, the most symptomatic group (29.7 versus 27, mean difference 2.7, 95% CI –3.4 to 8.8, P = 0.38). The specialists failed to agree on the proportion of cases that could be triaged for their clinics. The cases that could be triaged contained more information (mean 66.38 versus 49.86, mean difference 16, 95% CI 1.3–31.7, P 0.001). Conclusion There was no evidence for an association between the amount of information relayed and the diagnosis of a histological lesion. However, more information was helpful when deciding which patients to schedule first. By corollary, patients referred with lesser documentation of their clinical presentation may be denied ‘urgent’ access to the gastroenterology clinic.

Lower bowel symptoms are common and are usually self-limiting.[1] Most people do not consult a medical practitioner about their symptoms. In many countries, patients cannot make appointments directly with a specialist, without reference to a general practitioner (GP). The referral process involves writing a letter, which may be preceded by or followed up with a telephone call to the specialist.[2] However, in most cases, the referral letter is the only source of information enabling the specialist to appropriately prioritise cases.

Thus, patients are largely dependent on GPs for advice about the significance of their symptoms.[3] In the case of those referred to a specialist, the grounds for concern should be relayed in the referral letter, especially if an urgent appointment is being sought. A recent audit of UK GPs suggests that the referral letter, more so than the medical records, outlines the clinical details at the time of the referral.[4]On the other hand, it has also been demonstrated that GPs generally record very few clinical details in their correspondence with gastroenterologists, and that referral letters are only perceived as a ‘ticket of entry’.[5] The primary aim of this study was to score the quality of letters to gastroenterology clinics at two major metropolitan teaching hospitals in Perth, Western Australia, applying a published scoring schedule. The secondary aim was to compare the sum of scores for relevant symptoms recorded for different groups of patients with reference to the outcomes of their referral. Finally, the views of specialists about letters containing varying amounts of information were sought, to determine if the amount of information relayed has an impact on scheduling of appointments.

A systematic review of the content of consecutive referral letters from general practice to hospital clinics was undertaken. In a previous study, GPs and surgeons identified the relevant clinical features that should be communicated to specialists about patients with lower bowel symptoms. These were weighted by a substantial number of GPs, and the final scores reflected the perceived importance of specific features when referring to a lower gastrointestinal specialist.[6] In order to score the referral letters for ‘quality’, these scores were first applied to individual elements of history and examination and, by summing the scores for each letter, an ‘overall score’ was arrived at (see Table 1). The final diagnosis and the urgency of the referral were also recorded in each case. The clinics accepted referrals in any format, although most practitioners submitted a referral on the hospital proforma, with free-text comments as additional notes. The scoring was performed by a researcher at the hospital site, with access to clinical advice when necessary. All patientidentifiable data were removed prior to access by the research team. According to previously published data, 55 letters were required to detect a difference of 10 points in quality scores of referral letters, with 80% power and alpha of 0.05.6 Data were collected over a consecutive three-month period.

A set of 42 referrals was generated. The mean ‘score’ for each letter was 58 (standard deviation (SD) 25.5, range 7–93). Higher scores characterised letters with more details about the patient. Twenty-eight letters contained specific positive findings (e.g. rectal mass, iron deficiency anaemia etc) and/or documented a GP opinion about the cause of the symptoms. Four gastroenterologists agreed to offer a view about how the letters might be prioritised by them for their clinic. The specialists were asked two questions; each response was invited in a Likert scale, ranging from 1 to 5 where 1 = not at all and 5 = very likely:

1 is this case likely to have serious pathology (i.e. a condition that warrants urgent medical intervention)?

2 is this case likely to have benign pathology?

Finally, the specialists were asked if they could triage the case for their clinic as a binary variable, yes or no.

1 seventy-five patients (36.2%) had colorectal conditions that could be defined on a histological basis, including large polyps, inflammatory bowel disease, severe diverticular disease or significant haemorrhoids. No patient was diagnosed with cancer

2thirty patients (14.5%) failed to attend or cancelled their appointments

3 fifty-four (26%) did not have an appreciable histological lesion

4 forty-eight cases (23%) where the hospital records and therefore the diagnosis could not be traced.

Analysis of variance (ANOVA) between the four groups of patients identified above was performed, and suggested that overall there was no significant difference in the quality of the referral letters that related to these four categories (P= 0.6).Weight losswas reported significantly more often in cases where patients failed to attend appointments (19% versus 15%, P < 0.001). These data are illustrated in Table 2.

Table 2: Difference in the quality of referrals according to final specialist diagnosis

The number of significant colorectal symptoms, signs or risk factors recorded, i.e. the ‘quality’ of the letters, varied according to the hospital to which the referral was directed, the choice of route (urgent versus routine) and whether the patient was suffering from weight loss. The most symptomatic patients were those noted to have weight loss (54.1 versus 28.5, mean difference 25.7, P<0.001). Patients who failed to attend their appointments were more symptomatic than those who were diagnosed with a histological colorectal lesion (see Table 3). 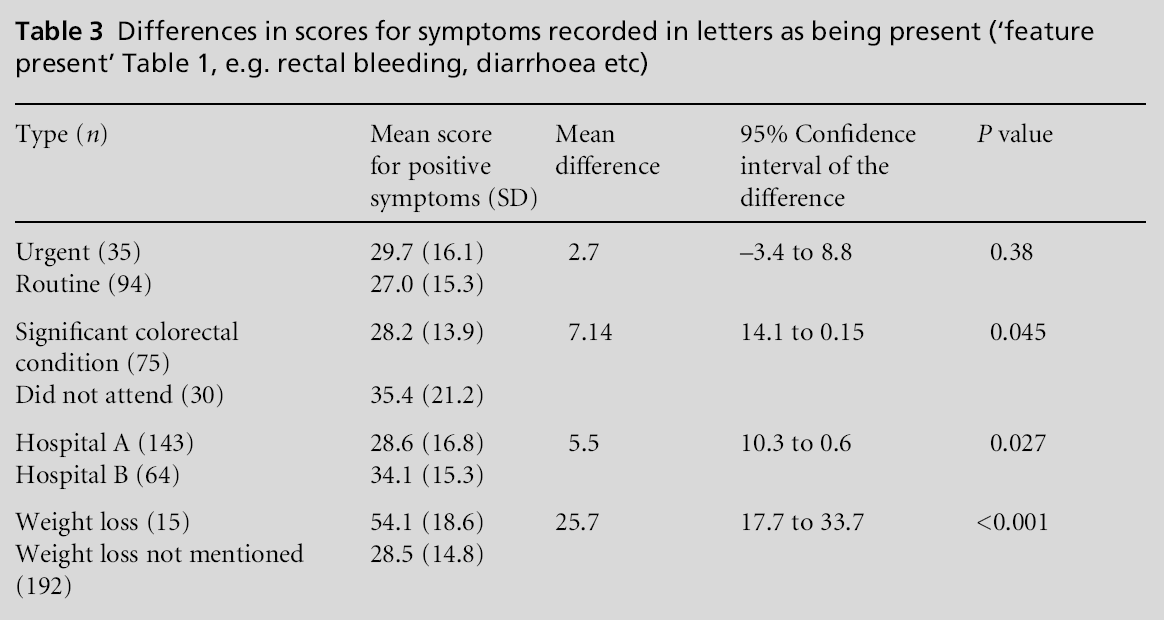 Table 4: Proportion of cases that were identified as containing helpful signs and symptoms and could be triaged

There was no evidence in these data for an association between the overall ‘quality’ of referral letters and the diagnosis of a histological lesion. On the one hand, several researchers have previously suggested that there is not a helpful relationship between symptoms and histological pathology;[7,8] on the other hand, it has also been suggested in a survey of Australian practice that letters fail to relay information that is germane to the diagnosis.[9] Therefore, are patients with significant pathology asymptomatic and/or free of objective signs? Is all available information relayed by the referring doctor, or is there a failure to elicit these clinical features?We also found that patients referred ‘urgently’ were not, on the basis of the information in the referral letters, the most symptomatic group. The decision to refer ‘urgently’ may be for reasons other than the clinical details or an inclination to be consistent with the evidence.[10] If there was a reason why GPs elected to refer some patients urgently, it was not apparent from the information about their lower bowel symptoms as recorded in the referral letters. Whatever the explanation, and there may be several, we feel this is an important finding because telephoning the specialist with details is an exception rather than the rule, and in the majority of cases the letter is the only information available to the gastroenterologist when scheduling appointments.

Of particular interest were the 15 patients with weight loss. Such patients were recorded as having a significantly greater number of signs and symptoms, and yet more than half failed to attend the clinic. Five possibilities exist: these patients were too ill to attend or were admitted to hospital prior to their appointment, the patients made alternative arrangements for specialist care, their condition improved, or referral letters about the other cohort of patients were incomplete. It may also simply be that some patients elected not to attend despite their symptoms. This is in contrast to those who were referred urgently but did not have weight loss. Such patients had fewer symptoms but were more likely to have a histological lesion. We also record a trend suggesting that patients who failed to attend their appointments generally had more symptoms than those who were diagnosed with a histological lesion.

The specialist survey reflects data fromother studies which similarly imply that doctors vary in their confidence to triage patients given the same documented information.[11] While this is not new, it makes an important case for ensuring that specialists are provided with as much information as is practical to help decisionmaking.The implications for referral of patients who rely on the gatekeeper to specialist service are considerable. While it may be argued that, in the context of colorectal cancer, a delay of several weeks is unlikely to impact on prognosis, for some other conditions a delay of a matter of weeks has very considerable impact on prognosis.[12]

In clinical practice, timely referral and diagnosis are enforced by litigation. Where health care is funded by the tax payer, policy makers rely on medical practitioners to ensure that those who are most in need of care receive it sooner rather than later. In summary, our data indicate that the letter writing is of value when deciding when patients should come to the clinic. However, signs and symptoms documented in referral letters do not correlate with histological pathologies. Patients who are referred with brief or incomplete letters may fail to be scheduled for ‘urgent’ access to the gastroenterology clinic. Perhaps the time has come to rethink the referral process, given the possibility for efficient relay of information electronically.