What is NICE about the latest stroke guidelines for general practitioners?

In July 2008, the National Institute for Health and Clinical Excellence (NICE) published their clinical guideline entitled, Stroke: diagnosis and initial management of acute stroke and transient ischaemic attack (TIA).[1] This short paper considers the implications for general practitioners (GPs) in the United Kingdom (UK). The NICE stroke guideline begins by explaining that stroke is a major health and economic issue. In 1999 it accounted for more than 56 000 deaths in England and Wales (11% of all deaths).[2] Each year in England, approximately 110 000 people have a first or recurrent stroke; a further 20 000 have a TIA, and over 900 000 people in England live with the effects of stroke.[3] It is estimated that stroke costs the economy in England £7 billion per year (direct NHS costs – £2.8 billion; costs of informal care – £2.4 billion; costs resulting from lost productivity and disability – £1.8 billion).[2] These large numbers make the NICE stroke guideline relevant for all GPs.

Evidence is accumulating that acute interventions – e.g. administration of tissue plasminogen activator (tPA), aspirin, and management in specialist stroke units – soon after the onset of symptoms, improve long-term outcomes after stroke and TIA. This makes the NICE stroke guideline, which focuses mostly on management in the first 48 hours after onset of symptoms of ‘acute stroke’ or TIA, an important document for GPs who are often central to ensuring rapid transfer of patients to appropriate secondary care facilities.[4] To its credit, despite strongly emphasising acute management, the guideline states that care should be patient centred, with treatment taking into account people’s needs and pReferences, and, where possible, people should be allowed to make informed decisions about their care, in partnership with their healthcare professional.

The main message of the NICE stroke guideline for GPs is that speed is of the essence – rapidly recognise the symptoms of ‘acute stroke’ or TIA, and ensure a diagnosis is made quickly (‘time is brain’). In people with a sudden onset of neurological symptoms, GPs should exclude hypoglycaemia as a cause of symptoms, and use a validated tool, such as FAST (Face, Arm, Speech, Time to call 999), for the diagnosis of possible stroke or TIA, and consequently urgently admit all suspected acute strokes directly to a specialist acute stroke unit (see Table 1 for management of TIA). The NICE guideline acknowledges that barriers exist to implementing these recommendations for rapid recognition of symptoms and referral. A growing body of international evidence is starting to show why delay in admission or presentation of acute stroke occurs (see Box 1). A study in Karachi sought to identify factors that delayed arrival at hospital of patients with acute stroke. It found that, as well as lack of contact with a local doctor and non-availability of ambulance services, lack of knowledge of stroke symptoms and low perception of threat in patients contributed to delay in presentation.[5] A French study showed that stroke unit admission was fastest in patients brought to the hospital by emergency medical services (EMS) or fire department (FD) ambulances.[6] Box 1: Causes for delay in presentation or admission after acute stroke

A cross-sectional survey of German primary care physicians found that, although they recognised stroke and TIA as medical emergencies, only two-thirds would immediately admit patients with clear symptoms of a stroke to hospital as a medical emergency.[7] Another study found that younger age, especially in women, mild and/or unspecific symptoms, and underestimation of symptoms were associated with delays in early admission to a stroke unit.[8]

In a rural French population, people tended to arrive at hospital faster if they suffered a stroke during the day, rather than in the evening or at night, if they had more severe neurological symptoms or signs, and if they were younger. The presence of headache delayed admission.[9] An Italian study found that patients with acute stroke who used the EMS had shorter arrival delays. This study also found that only about half of the patients with stroke were sufficiently aware of the urgency of this clinical condition to activate the emergency telephone system.[10] A study in New Jersey also found that people who arrived by ambulance were more likely to arrive early after acute stroke.[11]

Another significant factor in access to medical care in the UK is the new GP contract. This has released GPs from their enormous 24/7 responsibility for their patients. But has it affected acute stroke care? A study of nine general practices in Oxfordshire (involving 91 000 patients) found that GPs’ opening hours do influence patients’ healthcare-seeking behaviour after TIA and minor stroke. Current opening hours increase delay in assessment.[12]

What next? Public awareness of stroke and TIA needs to be increased so that patients present to healthcare services in time to receive optimum care. GPs need to be convinced of the importance of emergency admission of ‘acute stroke’ and early assessment of TIA. Cynicism has already raised its ugly head concerning these latest stroke guidelines, with the suggestion that they are more political than scientific.[13] There are concerns by some that the finding that GP opening time affects stroke care could be used as further leverage to increase GP opening times in the future.

The Department of Health’s new three-year stroke awareness campaign, launched this month, targets some of these issues. By using the acronym FAST and a high-profile media campaign, it aims to increase public knowledge of stroke, enabling the ‘stroke saver’ to identify when someone is having a stroke and call the emergency services immediately, without delaying to call NHS Direct or their GP. This new campaign is supported by adverts on TV, radio, online and in print, showing stroke spreading like fire in the brain. Leaflets and posters can be downloaded directly from the Department of Health website.[14] Although this campaign aims at bypassing primary care altogether, practically, some people will still present to their GPs. In the next few months, as the campaign progresses, it is imperative that good communication is maintained between local GPs and ambulance services, to ensure that people who suffer stroke receive optimum care.

Not commissioned; not externally Peer Reviewed. 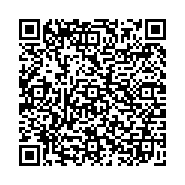