Using a common cause strategy for quality improvement: improving hypnotic prescribing in general practice within a Quality Improvement Collaborative

A common cause strategy is an essential conceptual approach for understanding variation and what might be contributing to it as well as informing the redesign of processes and systems to reduce inappropriate and unintended variation. This article describes what a common cause strategy for improvement is and the steps required for this approach. We describe a practical example of how this is applied in a real-life situation. The first step in a common cause strategy is to look more deeply at this common cause variation to see whether special causes can be exposed using stratification. The second step is to seek to understand existing variation by understanding the processes and systems leading to the observed problem. Finally there is a need to redesign processes to reduce inappropriate and unintended variation in any agreed measures by agreeing and incorporating critical inputs and outputs from a provider–patient perspective in the context of systems thinking.

A few years back, a colleague responsible for quality of care in a local primary care organisation asked why there were high rates of prescribing of benzodiazepines in the county we worked in. He explained that our county (Lincolnshire, UK) was the highest prescriber of sleeping tablets and sedatives drugs in the East Midlands as well as having one of the highest prescribing rates of these drugs in the UK. He said that local prescribing experts had looked at the issue repeatedly and could not understand why rates of prescribing continued to be high, why general practitioners (GPs) did not follow guidance to prescribe fewer hypnotics and why their recurrent efforts, usually involving asking GPs to reduce prescribing, had not worked.

Prescribing advisors (trainedpharmacists) hadvisited local GPs over the years, explained to them that prescribing these drugs was a marker of poor practice and had encouraged and supported them to reduce hypnotic prescribing. Why had these attempts failed? This is another example of the saying, sometimes attributed to Einstein that ‘insanity is doing the same thing over and over again and expecting different results’. Quality improvement approaches this in the context of: ‘Things are the way they are because they got that way. And unless we understand how they got that way, they are vested in staying that way’. So my colleague asked whether research could help.

This led to work which involved us thinking seriously about this issue. To improve hypnotic prescribing we needed to get a deeper understanding of the problem. Were prescribing rates truly higher, and if so why were prescribing rates higher in some practices or groups of practices? What data were available to non-judgementally expose this variation? Quality improvement is indeed about reducing variation, but it is very important to add two qualifiers: reducing ‘inappropriate’ and ‘unintended’ variation.

Why were these drugs being prescribed by GPs? Why were patients taking them? How could inappropriately high prescribing rates be reduced? Why had previous attempts to address this problem failed? The answers to these questions required quality improvement thinking and methods.

When we looked at overall prescribing during a baseline period rates appeared to be stable. The variation in the overall county prescribing was therefore common cause variation, i.e. the system of care which led to hypnotic prescribing in general practice was perfectly designed to produce these results ... at least when aggregated.[1] What we needed to do was understand this and intervene using a common cause strategy to expose persistent, unchanging, unintentional hidden sources of variation that represented opportunities for intervention (Box 1).

The first step in a common cause strategy is to look more deeply at this common cause variation to see whether special causes can be exposed using stratification. A key question was ‘What is the pattern of prescribing for hypnotic drugs across practices?’. Comparing prescribing rates standardised for drug dosage, age and gender of patients likely to be taking hypnotics showed wide variations.[2] We looked at

prescribing rates over a period (December 2005 to March 2007) during a baseline observation period for clusters of practices using a standardised rate of prescribing: average daily quantity (ADQ) of drug per specific therapeutic group age–sex related prescribing unit (STAR-PU). The control charts[3,4] below (Figure 1) show the overall aggregate stratified into its eight county ‘components’. They are all on the same scale, the overall mean of the aggregate has been superimposed and the control limit (i.e. natural fluctuation) has been appropriately based on combined data. Despite the ‘stable’ behaviour of the aggregate, distinct differences have been exposed – there were indeed wide variations in prescribing rates.

Although some of the variation is known to be due to socio-economic factors (probably ‘appropriate’ variation, given these processes and socio-economic ‘inputs’) this only accounts for one-fifth of the variation. [5] There was a theory that high prescribing rates might be due to the large number of dispensing practices in the county because these are practices that derive extra profits from dispensing drugs to some or all of their patients; however, this was not the case.

The second issue of why these drugs were being prescribed and why patients were taking them required us find out from practitioners and patients more about the various and related processes that led to hypnotic prescribing – ‘What is the process that has predictably allowed things to get this way?’. Rather than trying to react to the problem of hypnotic prescribing we needed to look deeper at the underlying processes (Box 2) and understand the system of care that produced these results.[6]

To understand these processes we undertook a series of studies including surveys of patients and GPs, focus groups of patients and practitioners and a Quality Improvement Collaborative involving a group of volunteer practices.[7]

Overall we found that the GPs that we surveyed did not like prescribing drugs for insomnia but were not sure what else they could do or how to do this because of limited previous training (‘unintentional’). Compared to anxiety, where GPs tended to use or refer for psychological treatments, drugs were often an early choice of treatment for insomnia.[9] Newer Z-drugs were preferred over older benzodiazepine hypnotics because they were thought to be more effective, safer and less liable to addiction, none of which are proven.[10]

So practitioners were poorly trained for this problem and resorted to a solution which they thought was quick and helpful. That said, GPs were positive with regard to initiatives to reduce inappropriate prescribing – and this gave us an opportunity to look more closely into how this might be achieved.

In a series of focus group interviews we learnt more about what patients needed and what practitioners could do to meet these needs:

• patients presenting with insomnia needed doctors and nurses to listen, be empathetic and take the problem seriously

• they had often tried self-help, including over-thecounter remedies, complementary therapies and even drugs bought over the internet

• they were seeking careful assessment andwere open to the idea of psychological therapy, even though they camewith a belief that drugswere the solution.

Practitioners acknowledged that they needed to focus on the problem and not just underlying causes. They should not assume that patients only wanted a prescription. They also needed to be aware that patients already on sleeping tablets were not always resistant to stopping them and were often open to alternatives.[11]

This was the beginning of a journey towards developing a more consumer (patient and practitioner) orientated approach to the problem. From studying the current ‘process’ (which ‘worked’ in spite of its rampant variation making it teeter on chaos):

• the processes involved were perfectly designed to produce a prescription for hypnotics, at least for a proportion of the time

• the rest of the time patients were simply refused a prescription and left dissatisfied, upset or even angry that their problem was being ignored

fleventually, many of those who wanted help got a prescription, simply by seeing another doctor

• those that received a prescription tended to come back for further prescriptions, simply because the problem often recurred, and therefore they were eventually placed on repeat prescriptions

• this led to repeated consultations, side effects (sometimes serious, e.g. falls or road traffic accidents), failure to improve patients’ sleep because of tolerance to the effects of drugs and addiction to the drugs in some patients.

We planned to achieve improvement by using a Quality Improvement Collaborative (QIC). This consisted of eight practices that metmonthly for six months with the project team. They developed a process map of their current processes for managing insomnia and used plan-do-study-act (PDSA) cycles to redesign their processes to include the critical quality factors identified above. They introduced sleep assessment tools, learned how to listen to patients more effectively andworked out how to incorporate psychological treatments for insomnia (using cognitive behavioural therapy for insomnia or CBT-I) aswell as hypnotic withdrawal programmes into routine consultations. We fed back practice prescribing rates using run charts and control charts.

• the feedback frompatients improved and prescribing rates even went down.

Prescribing rates changed depending on how consistent the new processes were in the practices. In other words, they depended on how effective the implementation ‘process’ was for the components of the new process, namely: ‘How did the different nurses and doctors in the practices follow them and to what extent was there a coordinated approach to care?’.

The effect of the intervention on Z-drug prescribing was a little more unpredictable. There was a downward shift in rates in four practices during or after the intervention (Practices 1, 3, 4 and 5) but no real change in the other practices (Figure 3).

A common cause strategy is an essential conceptual approach for understanding variation and what might be contributing to it as well as informing the redesign of processes and systems to reduce inappropriate and unintended variation.

For further information on the REST project see: www.restproject.org.uk

The Resources for Effective Sleep Treatment (REST) project was funded by the Health Foundation under their Engaging in Quality in Primary Care programme.

The study was approved as an evaluation of an improvement project by NHS Lincolnshire and by the University of Lincoln Research Ethics Committee. 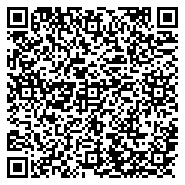