Context Vildagliptin is an oral anti-diabetic agent of the dipeptidyl-peptidase 4 inhibitor (DPP-4i) class of drugs. Together with glucagon-like peptide analogs (GLP1a), DPP-4i drugs are being known as incretin-based therapies (IBT). Results of clinical trials are conflicted about a potential association between IBT and acute pancreatitis. Case Reports We present the history, clinical progress, and diagnostic findings of two cases of acute pancreatitis occurred in a patient treated with vildagliptin. In both cases, other known causes of acute pancreatitis were ruled out. The first case was a woman who had a history of biliary pancreatitis, and the second case was a social drinker. Vildagliptin was suspected to be associated with acute pancreatitis since other identifiable causes were absent. Conclusions The combination of two pathophysiologically distinct processes can still associate and synergize in each individual.

Dipeptidyl-peptidase 4 inhibitors (DPP-4i) are wellestablished and widely popular incretin-based agents. Their popularity is owed mainly to their tolerability and low risk of hypoglycemia [1, 2]. The risk of pancreatic complications of DPP-4i as well as glucagon-like peptide analogs (GLP-1a), has not reached an agreement since some observational studies and meta-analysis underlies the risk might be evident [3, 4]; however, opposing views regarding pancreatic events have been supported by some other trials [5, 6, 7]. Incretin-based therapies (IBT) has been issued alerts against the potential pancreatic adverse effects by the US Food and Drug Administration, following post-marketing reports of pancreatic complications [8]. A non-interventional safety study showed that there is no increased pancreatitis risk with vildagliptin use [9]. It can be assumed that vildagliptin associated pancreatitis is an infrequent entity or can be due to drug class-effect. Reported cases shall be inspected with their individualistic characteristics. Hereby we present two probable associated cases.

Case 1#: A 31-year-old diabetic woman (BMI 27.65) presented with severe abdominal pain radiating back, and vomiting was diagnosed as acute pancreatitis (AP) in December 2018. Her last diabetic therapy consisted of insulin plus oral antidiabetics, including vildagliptin. The distinguishing point from other reports, in this case, was a history of diabetic ketoacidosis induced by acute biliary pancreatitis eight months ago. The previous episode was treated by papillotomy by ERCP, and the source was eliminated by cholecystectomy. During this period, oral hypoglycemic drugs were discontinued, and her diabetic regimen was switched to insulin detemir and insulin aspart for bolus before meals. Since keto-acidosis was noted at the first presentation, autoantibodies were checked and found negative, with a quantified serum C-peptide. After complete resolution of pancreatitis, metformin 1000 milligram BID was re-started with basal-bolus insulin treatment. Vildagliptin was added-on the metformin as a combined preparation (Galvus-met ® 50mg /1000mg), with a detailed explanation and discussion of risks and benefits of the DPP-4i with the patient. She started to experience mild hypoglycemic attacks with even low doses of insulin aspart. Therefore, bolus insulin injections were discontinued, and basal insulin detemir was titrated to a lower dose. HbA1c was dropped to 6.8, with a lifestyle modification and reduction of insulin dosage, and weight control was achieved more easily.

She described her pain radiating toward bilaterally flank areas and also emphasized the similarity with the first pancreatitis episode. Her initial laboratory studies revealed: normal blood glucose: 134 mg/dL (74-106), elevated CRP 100.01 mg/L (<5), increased level serum amylase of 1 814 mg/dL (30-118). Renal function tests and liver biomarkers were unremarkable (presented in Table 1). Abdominal computed tomography revealed an irregularly enlarged pancreatic head with increased infiltration around the pancreas along mesentery, consistent with a diagnosis of acute interstitial pancreatitis (Figure 1a). Besides cholecystectomy clips, there was no evidence of biliary tree abnormalities. Ultrasonography also confirmed the intrahepatic and extrahepatic biliary tree were completely normal in size. Her BISAP score was 1. The patient was, therefore, admitted to the general medicine ward. There was no history of illicit drugs, alcohol, or antibiotics. Her drug history had consisted of vildagliptin-metformin combination (50/1000mg twice daily), insulin detemir (16 units s.c daily), and ibuprofen 400mg for headache (when needed-latest pill was taken six days ago). All oral medications were discontinued, crystalloid fluid resuscitation and petidin for paincontrol were ordered. With a conservative approach, the patient’s symptoms were resolved entirely by the third in-hospital day, and she was discharged with a basal-bolus insulin regimen. Vildagliptin was suspected as a possible cause of the recurrence, so only metformin added on the control visit, two weeks after discharge. There has been no recurrence of acute pancreatitis for 23 months. Figure 1. (a). First case: Computed Tomography at the present attack considered as drug-induced pancreatitis at December 2018; Acute interstitial pancreatitis with irregularly oedematous body. (b). Second case: Contrast enhanced CT scan at the present attack at November 2020; consistent with edema and inflammation in the surrounding adipose tissue. Arrow indicates linear edema and increased density extending to the left perirenal area in the tail part of the pancreas.

Case #2: A 41-year-old Caucasian male (BMI 28.89) with a history of uncontrolled type II diabetes, presented to the emergency department with an abrupt onset of epigastric pain radiating back after a meal in November 2020. His previous history was remarkable with atherosclerotic heart disease, quintuple bypass surgery, and ICD implantation due to ventricular arrhythmia two years ago. He was on regular treatment with metformin-vildagliptin (50/1000) BID and low-dose salicylates for two years. He does not follow any dietitian recommendation and drinks alcohol once or twice a month, but he admits he can rarely binge a large number of spirits. Fourteen days prior to his symptoms, he had five units of drink. He has no history of gall-stone disease or pancreatitis.

On examination, he was in pain, sweaty, and pale, with a pulse rate of 105 per minute. There was tenderness in the peri-umbilical and right upper quadrant region, without guarding. Other physical signs were not remarkable. His initial workup revealed: serum glucose 272 mg/dl (70- 100), amylase 520 U/L (28-200); lipase 2 568 U/L (<67), CRP 95.5 mg/L (<5), transaminases, gamma-glutamyl transferase, alkaline phosphatase, bilirubin profile, renal function tests, and blood gases were normal (Table 2). No ketone was found in urinalysis. Corrected calcium was 9.72 mg/dl at admission, serum triglyceride level was checked a day after and recorded as 159 mg/dl (<150).

Computerized tomography of the abdomen showed increased density in the pancreatic head, trunk, and tail, consistent with edema and inflammation in the surrounding adipose tissue (Figure 1b). Necrosis was not visualized. There were linear edema and increased density extending to the left perirenal area in the tail part of the pancreas. His BISAP score was 0. He was admitted to the general medicine ward and treated with IV crystalloids and pain-killers. Vildagliptin and metformin were discontinued, and basal-bolus insulin treatment was started. HbA1c was checked on the fourth day of admission and 11.9. On the fifth day of admission serum amylase was returned to normal, and he was free of pain. After dietary and lifestyle recommendations, he was discharged with pre-meal insulin aspart (3 x 10 units) and basal insulin glargine (22 units).

The possibility of pancreatitis in patients treated with IBT should be taken into consideration during the course of treatment. Though the up-to-date data still does not signify the actual root-cause effect of IBT and acute pancreatitis, post-marketing reports have yet been published, since while. Published data reporting vildagliptin-associated pancreatitis are relatively few; the first case was reported from Sydney, Australia, being followed by two cases from India [10-12]. Three suspected cases were reported through the evolution of DPP-4i induced acute pancreatitis by reviewing reports from the Taiwanese database [13]. The latest cases were two patients from Turkey, in whom imaging studies were consistent with acute pancreatitis without enzyme elevation [14]. We report two acute pancreatitis cases confirmed by radiological and laboratory workup, which we thought vildagliptin might have triggered. However, we should still be cautious by using the term –induced, since the induction of an acute attack may not be due to one major factor in those cases, since identifying drug-induced pancreatitis in patients with type 2 diabetes mellitus can be highly challenging due to several coexisting factors. First of all, patients with diabetes have a 1.5-3-fold increase in the risk of acute pancreatitis [15-17]. Additionally, among people with diabetes, the incidence of gall-stone formation increases [18]. Abnormal lipid profile, which is not rare in diabetics, can induce pancreatitis directly or cholesterol crystal formation in the gallbladder [19]. Patients with a history of gallstone pancreatitis are particularly at risk of recurrence [20]. Though cholecystectomy effectively reduces the risk of recurrence [21]. After cholecystectomy, pancreatitis may still recur due to unrecognized bile duct microlithiasis or hypertonic sphincter of Oddi [22, 23]. However, papillotomy will enable biliary flow and treat the sphincter hypertonicity.

Back to our first attack of the first case, the biliary tree was fairly normal, and the head of the pancreas was mildly oedematous, but no fluid was seen around pancreatic tissue, and no enflamed retroperitoneum or mesentery was noted. Numerous stones were identified in the gallbladder (Figure 2a, b). So the first attack might have been an early period of obstruction of pancreatic ductus as we thought or a non-biliary attack with a co-incidental gall-stone disease. We admitted the case as a biliary, treated her accordingly. Nevertheless, sphincterotomy and cholecystectomy were supposed to eliminate the biliary risk. Metabolic abnormalities are expected in diabetics, and the serum level of triglycerides does not have to be higher than 1 000 as opposed to the common knowledge [19]. In our case, it is also unlikely since triglycerides level were fairly normal (Table 1). The history of alcohol consumption was evident in our second case; however, social drinking is very prevalent. The threshold levels of alcohol amount or drinking frequencies associated with an increased risk of alcohol-related pancreatitis have not been defined yet. However; acute and chronic pancreatitis are common in chronic abusers [24]; drinking a large amount may trigger the acute attack [25]. The patient occasionally drinks and may rarely have more than three or four units of alcohol once a while. He denies dipsomaniac behavior, and has no stones in gallbladder. Figure 2. CT scan of the abdomen at the first attack of the first case, considered as biliary pancreatitis. (a). Mildly enflamed pancreatic head. (b). Gall-stones visible in gall-bladder.

The rather brave approach we took and its consequences showed us the complex and multifactorial nature of the disease. With the lack of knowledge about how an attack may predispose another, we can skip some mechanisms that might still ensue. Unfortunately, causal oversimplification makes us ignore conjoint possibilities as defined in a type of false dilemma, the fallacy of the single cause. Even after complete resolution of the inflammatory response, the pancreas may keep a vulnerability for another attack by a wide variety of causes for a while. This susceptible condition might be due to an improper flow of enzymes from a mal-repaired ductal tissue, tortoise lumen, or microarchitecture change. Even without a history of AP, toxic substances such as ethanol may cause microinjuries, prematurely activates proteolysis, and deplete anti-oxidative protective factors [26].

A consensus for impeding the generalized use of DPP-4i has not been clearly established. There seems to be a lack of a strategy to identify and stratify the patients at increased risk for developing DPP-4i–related pancreatitis. In general, practitioners tend to think to avoid IBT in patients with risk factors for pancreatitis or a history of pancreatitis, whatever the reason was before. These conservative approaches should be appreciated, even though it does not specify or stratify the risk groups according to subtypes of pancreatitis. Objective identification of subjects with risk factors for pancreatitis or recurrence who have a history of acute pancreatitis still needs robust assessments to determine the extent of the risk of each molecule.

The authors state that they have no Conflict of Interest. 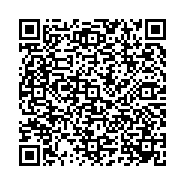