Total Pancreatectomy (TP), an infrequently done surgery for pancreatic diseases, was first done in 1942 by Eugene Rockey of Portland, Oregon [1]. Historically, TP was considered a dreaded surgery due to its profound postoperative complications ensuing exocrine and endocrine pancreatic insufficiency. Later in the 1960s and 1970s, TP was then increasingly performed for various indications, firstly to abate the complications of anastomotic leak following Whipples Pancreaticoduodenectomy, and also for pancreatic cancers when it was considered that the high recurrence rates after partial resection was due to the multi-centric nature of the disease. Nevertheless, the interest in elective TP waned with a clearer understanding of the cancer biology, multidisciplinary approach to pancreatic cancers and advanced management of postoperative complications after partial pancreatectomy [2].

Over the decades the rates of TP have increased with the excellent medical management of exocrine and endocrine pancreatic insufficiency after TP. Today, more specific indications for TP have emerged including multifocal Intra-ductal papillary mucinous neoplasms (IPMN), multifocal neuroendocrine tumours in the setting of Multiple Endocrine Neoplasia (MEN) syndrome, and multifocal pancreatic metastases most commonly from renal cell carcinoma and sometimes from melanoma, extensive pancreatic adenocarcinoma when R0 resection is not achieved with partial resection. It is also performed as an emergency procedure to alleviate sepsis due to pancreatic leak after partial resection [3].

Here we describe a case of multifocal pancreatic adenocarcinoma who underwent total pancreatectomy with splenectomy and the post-operative management of the patient.

A 67 year old male, a chronic smoker and alcoholic, presented with upper abdominal pain, dyspepsia, diabetes and features of obstructive jaundice. Complete blood investigations with renal and liver function tests with liver enzymes were done and found to be within normal limits except for poorly controlled blood sugar levels. He was treated with subcutaneous regular and long acting insulin and optimised for surgery. Multiphasic contrast enhanced computed tomography and MRCP were done which showed a mass lesion in the head of pancreas of size 2.9 × 2.9 cm and another lesion in the body of pancreas of size 1.3 × 1.1 cm. The second lesion was cystic lesion communicating with main pancreatic duct and IPMN was suspected. The head lesion was close to the SMV and SMV/PV confluence. The remaining pancreatic parenchyma was not normal with features of chronic pancreatitis. Hence total pancreatectomy was planned. Intra-operatively it was found that the lesion in the body of the pancreas was infiltrating the splenic vessels, hence splenectomy done and removed en bloc with the specimen. The intra-operative period was uneventful.

In the immediate post-operative period the patient was kept nil per orally and the blood sugar was monitored and insulin infusion was given with dextrose containing fluids, and 40 to 50 units of Insulin were given daily. After starting orals the insulin dose was titrated according to blood sugar levels. For blood glucose level <180 mgs no Insulin was given. For sugar levels of 180-220, 220-280, 280- 350 and >350 mgs, 4, 6, 8 and 10 units of regular insulin were respectively given subcutaneously between postoperative days 6 to 10. Later the patient was switched over to subcutaneous insulin injections thrice a day combining regular and long acting insulin given approximately in 2:1 ratio. The blood sugar levels in the first 15 days after surgery is shown in (Figure 1). The patient received pancreatic enzyme supplements 20,000 units thrice daily. The patient had multiple episodes of loose stools in the early post-operative period and gradually improved with the enzyme supplements with reduction in frequency and solid consistency of stools. There was no wound related morbidity. The patient recovered well and discharged on the 18th post-op day. The histopathology was pancreatic ductal adenocarcinoma (Figures 2, 3 and 4). Surgeries for pancreatic malignancies include Whipples Pancreaticoduodenectomy, central pancreatectomy, distal pancreatectomy and total pancreatectomy with several modifications of these procedures. The treatment of pancreatic diseases has continuously evolved, moreover for malignant diseases, with the advent of adjuvant and neoadjuvant therapies, more conservative procedures with good oncologic outcomes are advocated. Due to the improved results, today there are different and more specific indications than before for TP. Malignant tumors growing from the head into the left of pancreas, Pancreatic head cancer where it is not possible to achieve a tumor free resection margin with conventional pancreaticoduodenectomy or with dubious changes in the pancreatic main duct in frozen section, Recurrent cancer in the pancreatic remnant, Rescue pancreatectomy for a pancreatojejunostomy leak with sepsis or bleeding after a Whipple resection, Multifocal IPMN with potentially malignant foci present in all parts of the gland, Multiple metastases of renal cell carcinoma and melanoma, Multifocal neuroendocrine tumours in the setting of multiple endocrine neoplasia. However, TP is still not a commonly done surgery for pancreatic cancer; rate of TP compared to pancreaticoduodenectomy is in the range of 10% [4, 5, 6]. In the prospective observational study by Werner et al., the primary tumor was malignant in 377(87%) and benign in 53(13%) of cases, majority of malignant tumours were pancreatic ductal adenocarcinoma (n=289, 76.7%), followed by IPMN (n=31, 8.2%) and NETs (n=23, 6.1%). Most of the benign tumours were IPMN (n=44, 77.2%) [3]. Similarly in a study by Ricardo et al. the majority of tumours were PDAC (52.1%) and IPMN (20.5%) [7].

The post-operative outcomes after TP are comparable to PD. In the study by Ricardo et al. comparing the outcomes of TP (n=73) and PD (n=184), there were no statistically significant differences in the overall mortality, morbidity, length of stay, reoperation rates and readmission rates. The mean overall survival for TP was 28 months (range 3-57 months) and 27 months for PD (range 18-36 months) and no significant difference was found. The survival for TP at 1, 3 and 5 years was 74, 48 and 31% and for PD was 78, 45, and 37%. The QoL was analysed for the two procedures with standard questionnaires which showed no significant difference [7]. Müller et al, in his study including 147 patients of TP for both elective and emergency indications, showed that the post-operative mortality and morbidity for elective TP was acceptable (mortality 4.8% and morbidity 36%), and also found that these were no significant differences in mortality and morbidity compared to partial pancreatic resections done during the same period [8, 9, 10, 11, 12, 13].

The post-operative morbidity included delayed gastric emptying, SSI, sepsis, Intra-abdominal abscess, early anastomotic ulcer, biliary leak, haemorrhage, and pneumonia [11]. The post-operative morbidity in various series varied between 37%-62%. The re-operation rates ranged from 3-17% [14, 15]. There were no statistically significant differences when compared to the PD [9]. The morbidity reported in various studies are listed in (Table 1).

All patients become diabetic after TP due to total loss of endocrine function of the pancreas, new onset diabetes after PD range from 18-39%. The insulin deficient state after TP has been termed “Brittle Diabetes” (Pancreatogenic diabetes or Type-3c DM), due to wide range of fluctuations in the blood sugar level which is excessive and unpredictable. The increase in both insulin sensitivity and Insulin binding capacity of RBCs can lead to severe hypoglycemia. Furthermore, the counter regulatory hormone Glucagon is also deficient leading to unopposed action of insulin and severe hypoglycaemia even with marginally excess dose of insulin [11]. Diabetic ketoacidosis is rare in these patients unlike in those with Type-2 DM. Insulin is given as continuous infusion along with dextrose containing fluids in the early post-operative period. Later combinations of rapid and long acting insulins are given through sub-cutaneous injections [13]. Insulin can also be delivered through Insulin pumps/ continuous subcutaneous insulin infusion. Recently, treatments with long acting insulin preparations and specialized nurse led diabetic management have shown improved outcomes [14, 15]. The HbA1c levels can be maintained in an acceptable range with effective insulin treatment. The median HbA1c levels reported in various series are shown in (Table 2).

In a retrospective study evaluating the correlation between post-operative nutritional status and the complications, it was found that higher early postoperative FBG levels and low early serum pre-albumin levels were significantly associated with increased rates of complications after TP. Post-operative HbA1c levels >7% was associated with decreased recurrence-free survival and was an independent risk factor for tumour recurrence [19, 20]. Hence, good glycaemic control and nutritional status is important in achieving optimal outcomes and good QoL after TP.

In conclusion, TP is a feasible surgery with acceptable mortality and morbidity and long term outcomes. The management of post-operative complications, especially exocrine and endocrine insufficiency still poses a challenge to the treating physician. However, optimal insulin therapy, patient education, pancreatic enzyme supplements, change in food habits all contribute to the maintaining quality of life after TP. 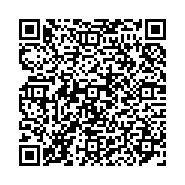