The perceptions of older people in Wales about service provision

BackgroundThe ‘AgeWell Feel Good’ programme is a cohort study of older people in Wales. There is a gap in knowledge on how older people in Wales perceive health and social care services. Research is necessary to help address this gap and to provide an evidence base that informs policy making and service delivery. MethodsA representative sample of 15 000 men and women aged 50 years and over, living in Cardiff, the Welsh capital, were invited to participate in a web-based study of successful ageing. A wide range of data was collected in the study. These included psychological and cognitive assessments, self-reported health, and financial status and deprivation measures. ResultsBased on over 500 responses, information on health and social care service perceptions was analysed. Overall, the perception of service availability was rated as good, yet there was widespread dissatisfaction. Furthermore, only 14% of older people were aware of a major health and social care programme in Wales, the National Service Framework for Older People. DiscussionThe main observation is the difference between service availability and satisfaction that views are sought. In the main, health service availability is good, yet there is widespread dissatisfaction. This raises some questions about the services provided. The evidence provided in this article is a further contribution to the policy-making process. Further work is needed.

Wales is one of the constituent countries of the UK and it has a resident population of about three million individuals. Wales has been particularly active in the development and delivery of services to older people. This includes a 10-year programme of health and social care service delivery, the National Service Framework (NSF) for Older People, which sets out standards that are being implemented by local county partnerships.[1] An all-Wales analysis of one standard, on health promotion, suggests that there is variation in the implementation of the standard and inconsistent evaluation.[2]

The provision of health services in Wales can be broadly divided into primary care and secondary care. The former is largely provided by independent contractors, such as general medical practices, while the latter tends to be delivered by the National Health Service (NHS). The provision of social care, such as domiciliary care, is also delivered by a mixed market of independent contractors and the statutory sector. In Wales, there has been an increasing move towards closer working between the health and social care services.[3]

Welsh services have undergone significant reform during the 2007–2011 term of the devolved Welsh Government (Box 1). The NHS internal market, introduced to promote competitiveness and value for money, has been removed. Free prescriptions are also available in Wales,[4] although some similarities with other UK countries remain, such as the NHS contract with primary care services, which was partly intended to improve quality.[5]

There is a gap in knowledge of how older people in Wales perceive the health and social care services provided. This research is necessary to help address this gap in knowledge and the main aim was to provide evidence that informs policy making and service delivery in Wales.

The ‘Age Well Feel Good’ programme is a prospective cohort study of older people in Wales. It has been established to collect information on a range of parameters pertinent to healthy ageing and also to explore the use of information technology in studies of this nature. On the former issue, this study includes reporting on the perceptions of older people in respect of service provision. On the latter, a prerequisite for recruitment was internet access.

In this pilot study, older people over the age of 50 yearswere recruited by letter intheCardiffarea(Box 2), a mainly urban population. This current analysis does not disaggregate geographically diverse communities. As the study expands throughout Wales, such analysis will become important.

The questions that were included covered the three primary care services provided, respectively, by general medical practices, community pharmacists and dentists. Optometry services were not included as the provision in Wales is shared, at least in part, between community and hospital programmes.[6] In addition to the three primary care services, the provision of hospital care and social care was also included as older people may need to access these.

The questions attempted, for the first time in Wales, to obtain information on perceptions on health and social care service availability and also subjective feelings on the services provided. The initial main focus on the Cardiff area, the Welsh capital, is a limitation that needs addressing in future work.

Table 1 presents a summary of the responses received in this study.

For the hospital and two primary care services, namely general medical practices and community pharmacists, availability was rated between good and very good. The availability of dental services and social care were assessed as good. This pattern was similar for happiness of needs met, with dental services scoring slightly less than the other health services. As for satisfaction that views are sought, this scored low across all the health services, suggesting that views are not meaningfully being sought. All social care perceptions were low, suggesting general dissatisfaction.

While noting the biases that exist within the study, this was a self-selecting group of older people, who already had access to the internet. This study offers valuable information that is pertinent to the planning and delivery of services to older people. The value of the information is due in part to the span across primary and secondary healthcare and social care sectors.

One of the most disappointing findings was that only one in seven of the responders were aware of the NSF for Older People. Given that this programme is aimed principally at improving the health and social care of older people, this low figure is of concern. The next phase of the NSF needs to improve on this because the programme recognises the importance of engaging the views of older people in Wales and ensuring that they benefit from the services provided. Given that each county area of Wales has 50+ forums, this low finding was unexpected. Further work is needed, for example, translating the evidence from this and other surveys into improvements in the planning and delivery of services. One avenue for this is to engage with the coordinators of 50+ forums so that locally sensitive information can be appropriately considered in local planning committees, allowing measures to be initiated.

Regarding the perceptions that older people have about the services, the main observation is the difference between service availability and satisfaction that views are sought. Overall, health service availability is rated as good yet there is widespread dissatisfaction. This raises some questions about the services provided and in the case of general medical practices, there is evidence that about one-third of individuals are unable to see their preferred doctor.[7]

Further work is needed. This may entail expanding the size of the cohort to include other areas of Wales, and perhaps including questions on other service areas. For example, the demarcation between primary and secondary care services, indeed between health and social care, is becoming increasingly arbitrary given the provision of ‘intermediate care services’. A previous study has indicated some issues of definition on such services.[8]

There are a number of situations within Wales which show either a variation of practice[9] or opportunities to improve service provision.[10] For example, there is evidence suggesting an under-use of aspirin for the secondary prevention of vascular events.[10] Although the challenge of converting evidence into practice is considerable, it is important that policy discussions and decisions are as informed as possible. The evidence provided in this paper is a further contribution to informed policy making.

This project was funded by the Welsh Assembly Government (UK).

The study was approved by South East Wales Ethics Committee. 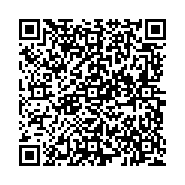