The Francis inquiry: a lost opportunity?

No-one who read the testimony of relatives to the inquiry into the Mid-Staffordshire Trust (Mid-Staffs) could fail to be moved.[1] These dreadful events were always going to require drastic action. Sir Robert Francis has rightly been lauded for his industry and thoroughness but I amnot alone in wonderingwhether his latest report (Box 1) best serves its purpose. If you have misgivings about his diagnosis, you are likely to have reservations about his curative prescriptions.

Many people working in the National Health Service (NHS) will recognise all the elements of what lay beneath these events in their own daily round: staffing shortages, lack of professionalism, financial constraints, conflicting directives, managerial preoccupation with targets, etc. Unfortunately, much of the subsequent coverage has served to place ‘blame’ at the door of uncaring managers and health professionals. The root causes of such disasters generally point to flaws in systems, not individuals.

Much has beenwritten about the absence of a caring ‘culture’ across the NHS. The concept of culture is anthropological. It refers to the ideas and beliefs which give meaning to the typical behaviours and structures of a society, community or organisation.[2] There have always been many cultures at play within the NHS. Culture is hard to define, hard to measure and hard to change – but one thing is surely clear. The most effective way of undermining a common culture is to fragment the provision of care among many competing providers with their own distinctive ways of working. Paradoxically, the private sector is supposed to enhance quality exactly by challenging established cultural norms across the NHS. Many incoming managers from the commercial sector have struggled to adapt to life in the NHS.

Demographic change, technological advance and rising consumer demand are universal ‘givens’. Many of the factors placing pressure on healthcare lie beyond the ideological reach of policy makers. They have been aggravated by the commodification of healthcare that ensues from the kind of market-oriented policies adopted by recent governments. Senior managers have themselves drawn attention to the impact of perverse financial incentives, the tendency in an internal market to protect corporate reputation at the expense of openness, and how constant NHS reorganisation in pursuit of competitive policies has diverted attention from patient care.[3]

The Francis report is a symbolic act of collective expiation but the same governmental drivers that helped create the ‘perfect storm’ at Mid-Staffs are just those that could impede a coherent response. Sir Robert’s recommendations do not imply ‘root and branch’ restructuring of the NHS, but their timing could hardly be less propitious. The government has initiated a series of unnecessary reforms that increase the chances of perpetuating some of these underlying conditions while at the same time making it harder to embed yet more changes. How will creeping privatisation achieve the commonly shared values and open culture that Francis identifies as crucial to the safeguarding of patients?

Even in less-turbulent times, a document that runs to 1782 pages and includes 290 recommendations risks aggravating exactly those conditions it wishes to allay. Francis’ recommendations touch on all parts of the healthcare system. Having shifted blame to the front line, the government is reinforcing an already top-heavy regulatory bureaucracy.[4] The role of the Care Quality Commission (CQC) is to be further expanded and, if the current approval process is anything to go by, this report will generate depressing new industries in tiresome paperwork. (The idea of having to complete a ‘cultural care barometer’, for which it is safe to predict there will be no evidence of lasting benefit, is a case in point.) General practitioners are required to adopt a ‘monitoring role’ in respect of local hospitals and develop their own ‘quality accounts’.

On these occasions, the ‘great and good’ are wheeled out to mutter the usual sanctimonious pieties. Politicians from both sides of the political spectrum have been quite happy to oversee the dismantling of a health service that they do not use themselves. They can appear quick to point the finger of blame while ignoring the absence of evidence to underpin their own actions. In primary care as elsewhere, those that do the most ‘heavy lifting’ are those with least time for this kind of hypocrisy. This is, of course, in no way to defend a peculiarly medical form of reactionary isolationism but these are issues that ought to be acknowledged.

The Health and Social Care Act leaves providers free to manage financial risk by controlling workforce costs. This is hard to reconcile with Francis’ message that ignoring staffing norms adversely affected safety and quality.[5] But those looking for a change in policy direction will be disappointed. The government is unlikely to suspend the Quality, Innovation, Productivity and Prevention programme (QIPP) under which the NHS is expected to make £20bn savings by 2015.

For health professionals on the front line, these are dispiriting days.

How can we best reaffirmthe values upon which the NHS was founded: inclusion, equity, equality, accessibility, reciprocity and social solidarity? It is hoped that good will stem from tightening procedures but the cultural change demanded by Francis cannot be imposed. [6] The processes of acculturation begin in medical and nursing schools. I take heart from the seminars I have held centring on learning from Mid Staffs. The bright-eyed medical students and postgraduates I encounter seem by and large to share the motivations that propelled my generation into general practice.

I’ll leave my last words to GK Chesterton: ‘Education is simply the soul of a society as it passes from one generation to another.’ 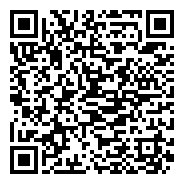