Background The efficacy of percutaneous catheter drainage in the management of acute pancreatitis and the factors affecting the outcome of the therapy were studied. Methods It is prospective and retrospective observational analysis. Patients of acute interstitial edematous and acute necrotising pancreatitis with acute peri-pancreatic fluid collections and walled off necrosis were referred for image guided percutaneous drainage. Success rate of percutaneous drainage and the variables that affect its outcome were assessed. CT diagnosed cases of acute pancreatitis with peri-pancreatic collection (APFC and WON) referred for image guided percutaneous drainage were included in the study. Results Successful resolution on PCD was seen in 60% of the cases (n-60) where there was improvement in clinical outcome with control in sepsis and temperature, in our study surgical necrosectomy was performed in 35% of the cases (n-35). Successful resolution on PCD in patients with severe necrotising pancreatitis was 41.94% as compared to moderate and mild group which was 88.57% and 100% respectively. Homogenous peri-pancreatic collection (APFC and WON) was observed in 36 patients where the outcome was successful in 31(86.11%) of the patients. In the patients with heterogenous peri-pancreatic collection (APFC and WON), out of 64 patients successful outcome was seen in (n=29; 45.31%) of the patients. Presence of MODS (Marshals criteria was considered before defining MODS) (n -29) was a negative predictor of success. In our study statistical significance of MODS and negative outcome of success was noted. Successful outcome was seen in only (n=2; 6.9%) of the cases. Presence of more than 30% necrotic tissue was seen in (n=59) cases where successful resolution was seen in (n=26; 44.07%) of the cases. (n=33) cases had less than 30% necrosis and success rate was in (n=26; 78.79%) of the cases. Age, comorbidities, cause of pancreatitis and gender had no significant correlation statistically in predicting successful resolution on PCD. Conclusion Percutaneous Catheter drainage is an efficacious method in the management of complicated acute pancreatitis. So PCD is efficacious technique in walled off pancreatic necrosis. Heterogenecity of collection, severity of pancreatitis, multiple organ dysfunction syndrome and increased percentage of pancreatic necrosis have negative predictive values in its management.

Image guided PCD can be treatment option in critically ill or hemodynamically unstable patients who cannot undergo surgical drainage [6] and The rate of success of different percutaneous approaches depends upon the anatomical position of collection and amount of liquefied component within the collection [7].

The purpose of our study is to estimate the success rate of percutaneous catheter drainage in the management of complicated acute pancreatitis and the factors affecting its outcome especially for the Indian population.

Study evaluated the efficacy of percutaneous catheter drainage and also the factors affecting the outcome in complicated cases of acute interstitial edematous and acute necrotising pancreatitis.

APFC and ANCs are seen to occur within 4 weeks of the onset of disease. After this time they may either persist or resolve. If they persist a mature wall develops around them and then they are called pseudocyst and walled off necrosis respectively [9] (Table 1).

A majority of patients with necrotising pancreatitis develop acute necrotising collection. More than half of these ANC develop walled off necrosis.

Statistical tests were applied as follows-

1. Quantitative variables were compared using Independent T test/Mann-Whitney Test (when the data sets were not normally distributed) between the two groups.

A p Value of <0.05 was Considered Statistically Significant.

PCDs were carried out under CT or Ultrasound guidance using seldingers technique and catheters of size ranging from 14 to 32 F were used [12]. Drain selection was done keeping in mind the ease, site and feasibility of the procedure. Quality of fluid determined the different size of drains that were used. Drained fluid was sent for bacteriological analysis. Upsizing of catheter drain was done if previous drain was insufficient to drain the thick collections. Multiple drains can be inserted if required. Irrigation of drains were done if any blockage of drain was suspected. There was relatively lesser complications associated with percutaneous drainage. Complications observed were bleeding, bowel injury, and pancreatic fistula [13].

A) Successful resolution on PCD

B) Successful resolution on PCD and later surgery

D) Treatment failure on PCD and surgery then death

Most common cause of pancreatitis was idiopathic (56%) followed by Gall Stone induced pancreatitis (39%). Distribution of patients according to etiology is shown in Table 2.

Table 2. Distribution of patients according to etiology of pancreatitis.

Age and sex has got no significant affect on resolution of collection and outcome. 35 patients underwent surgery, out of which 24 underwent open necrosectomy and 11 underwent VARD with a mortality of 17% (Table 3).

Acute pancreatitis is a common clinical entity and the main causes are Gall stone and Alcohol [16]. The course of necrotising pancreatitis is associated with liquefaction of the phlegmonous collection which can get absorbed or can get complicated by superinfection. Management of acute necrotising pancreatitis includes prolongation of intervention for at least for 3-4 weeks to allow for encapsulation and liquefaction of the collection inside which reduces the risk of bleeding [17] PCD has superseded the role of surgery as primary treatment modality in majority of the patients and sometimes to stabilize critically ill patients before surgery.

In our study, the most common cause of pancreatitis was idiopathic followed by gall stone related pancreatitis which also corroborated with the study of Freeney et al. [10].; Successful resolution on PCD was seen in (n=60, 60%)of the cases where there was improvement in clinical outcome with control in sepsis and temperature. This finding is close to the efficacy rates of various other studies.

Univariate analysis (Table 4, 5 and 6) showed that the higher the degree of necrotising pancreatitis, the less favourable was the outcome. Successful resolution on PCD in patients with severe necrotising pancreatitis was 41.94% as compared to moderate and mild group which was 88.57% and 100% respectively. This finding was statistically significant (p value < 0.0001), it is corroborating with the study done by Sahu et al [19].

More severe the pancreatitis (higher the CTSI score) lesser the resolution of collections and there by poorer the outcome.

Table 5. Univariate analysis of type of peripancreatic collection on successful resolution of PCD.

More the area of necrosis involving the pancreatic parenchyma ,lesser the resolution of pancreatic collections and thereby affecting the outcome.

Table 6. Univariate analysis of percent necrosis of pancreas on successful resolution of PCD.

Presence of MODS is a negative predictor of success [21], In our study statistical significance of MODS and negative outcome of success was noted (p value< 0.0001). Successful outcome was seen in only (n=2, 6.9%) of the cases (Table 10, 11). In rest of the cases with MODS patients were either surgically managed or death occurred, similar results were also observed in study by Holleman et al. [13] (Table 12, 13).

Table 7. Distribution of cases according to the culture isolated from the drain output.

Table 8. Distribution of patients according to requirement of surgery.

Table 10. Successful resolution with PCD in different categories of patient

Table 11. Type of complications of PCD in our study.

Table 12. Type of pancreatic collections in whom PCD was done.

Table 14. Table showing the rate of complication in various studies.

Percentage of necrosis of pancreas with outcome was analysed. We found out that higher percentage of necrosis is associated with less favourable outcome. Central necrosis of the pancreas is associated with less favourable outcome. This is because there is disruption of the midsection of the main pancreatic duct and thus isolates the body and tail of the pancreas from its head [10]. Presence of more than 30% necrotic tissue was seen in (n=59) cases where successful resolution was seen in (n=26; 44.07%) of the cases. (n=33) cases had less than 30% necrosis and success rate was in (n=26; 78.79%) of the cases.This finding was statistically significant (p value=0.0003) and is similar to the study done by Solanki R et al. [22] which says that >50% intrapancreatic necrosis is associated with more chance of PCD failure (Table 14).

Comorbidities and cause of pancreatitis had no significant correlation statistically in predicting successful resolution on PCD.

We have studied the drain output culture and found out that the most common group of organism to be isolated was from the gram negative group,which is same as study done by Noor T et al. [23].

In our study mortality after PCD insertion was seen in (n=5, 7.69%) cases. In all the PCD only cases where death occurred, the cause of death was septicaemia.

The authors declare that there are no conflicts of interest. 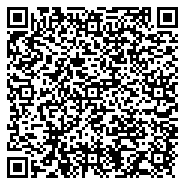