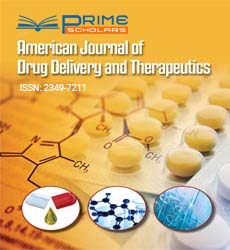 The Effects of Energy Drinks on College Students

Copyright: © 2017 Hendricks L, et al. This is an open-access article distributed under the terms of the Creative Commons Attribution License, which permits unrestricted use, distribution and reproduction in any medium, provided the original author and source are credited.

Energy drinks have emerged as a regular intake commodity amongst athletes and college students. Marketing campaigns on energy drinks target these groups as their main customers because of their frequent consumption of them. While many may not have an idea that energy drinks have many health implications on them, research reveals that over consumption of energy drinks results in various health effects, such as cardio-respiratory effects, amongst others. This is because these products rely on energy providing ingredients that in many times are scientifically formulated to boost energy. Consequently, energy drinks may contain high quantities of sugar, caffeine, vitamin B, and other powerful energy compounds, which threaten the health of users.

In 2010, Ramapo College put a notice that, as forbade their students from consuming energy drinks [1]. This was a shocker for most students they would have expected similar actions for alcohol related products. Apparently, 23 students had been the same year. The drink banned by the institution was the “Four hospitalized because of alcohol intoxication from energy drink in the fall semester of Loko” energy drink. The drink contained 12% alcohol content and caffeine amongst other energy increasing ingredients [2]. This meant that the alcohol content of the drink is equivalent to taking four cans of beer. Moreover, its carbonated fruity flavours did little to maintain the effects of the drink and thus resulted in many cases of illnesses and intoxication amongst the students. Consequently, the product faced several bans in different states. This is just but one of the many incidents facing energy drink users. In this case, users seek to use energy enhancing drinks and other powerful drinks of the same category, which will sustain their alcoholic needs and energy.

A brief overview on the contents of energy drinks reveals that caffeine, glucuronolactone (i.e., glucose), pantheon niacin taurine, B-complex vitamins, inositol, panthenol and inositol are the most common ingredients of the drinks [3]. Other drinks include a concoction of powerful herbal ingredients added to the existing components to make the drinks more powerful and give stronger effects. Nutritionists state that the stimulants used in making these energy drinks are above from the desired body energy levels. Consequently, some of the ingredients are not regulated to guarantee the safety on the users. The greatest danger of consuming energy drinks starts with unregulated caffeine components and its relatives [3]. The caffeine used in making the energy drink is of higher quantity that it results in adverse health effects on the users.

Since the introduction of energy drinks in the market, the level of consumption has increased exponentially. For instance, since the 1987 launch of Red Bull in Austria, the company has grown from minimum rate to reach at least 4 billion cans in 2011. It became the number one worldwide energy drink. Since it invents in 160 countries, energy drink markets increased at an average growth rate of 55% annually [4]. This implies that the consumptions rate continued surging within the years. Furthermore, research reveals that the youth are the largest consumers of these drinks [5].

According to a research the usage of Energy drinks tends to be higher amongst medical students and athletes [6] under cognitive and performance demands. Some of the reasons cited by these students for using the drink were low energy levels, studying over an extended time, lack of sleep, and treating alcohol hangovers. In the same research, it was noticed that the users experienced heart palpitations, agitation, gastrointestinal and neurological effects.

Research on the effects of the drinks on aviators also reveals that Taurine, Sugar and Caffeine components present in these drinks make it difficult for pilots to have full concentration and perform multiple tasks simultaneously, as required by their career. Consequently, the drink had a negative effect on an almost cavalier altitude [7]. While 76% of aviation students agree that the drinks has a negative effect on their performance and careers, a study revealed that almost 57% of them use energy drinks to sustain them while on longer flights, especially in the wee hours of the night [7].

Furthermore, reports indicate that students who use energy drinks are likely to engage in other forms of risk taking activities, such as practicing unsafe sex and participating in extreme sporting activities. Those who consume the drink develop a habit of overconsumption. Consequently, energy drink users were reported to have alcohol-related problems while others used hard drugs, such as marijuana, twice as often as nonconsumers did. It is without a doubt that most Energy drink users use drugs to enhance their performance and improve their concentration without prior knowledge of the other effects of the drugs [8].Their interest to use powerful ingredients has led others into consuming energy drinks whose contents contain up to 4 times the amount of caffeine. These drinks are dangerous stimulants whose effects lead to addiction and devastating health conditions.

Because of the prevalence of energy drink consumption among college students and since it results in various health effects, users should quit and take a healthier substitute, which will nourish their bodies. Students may experience overweight, stress, anxiety and mood changes, which energy drinks might be a partial reason for these feelings. Universities need an awareness plan which is highly beneficial to educate students about the dangers of energy drinks. Students may be aware of adverse health effects associate with alcohol, but they need to be educated about the risk of energy drinks [9]. What many energy drink users fail to understand is that, the high caffeine has many side effects, such as tampering with individuals’ feeding habits, headaches, and jolt crash episodes [2]. After this realization, it becomes simpler to come up with a proper intervention.

As evidenced by most researchers, perceived stress and need to concentrate for better performance are reasons for using energy drinks [8]. In comparison to previous methods used to alleviate such reasons which included tobacco smoking and alcohol consumption, users feel that using energy drinks is much safer than using other dangerous substances. However, the longterm effects of using energy drinks have revealed that the drinks are not safe for users. Strange enough, students no longer use coffee as their preferred drink to boost their body caffeine levels [8] because college students have access to these drinks it contributes to their constant use. Coming up with viable methods to solve emerging issues and the pressure to meet societal demands are inevitable. As Sather suggests, a method of supplementing an individual’s energy is by regulating sleep hours [7]. While many students claim that they can manage with little sleep, such students resort to using energy drinks to supplements their energy needs throughout the day. Contrary to the effects, sleep has numerous advantages over using energy drinks, which result to complicated health situations. When users integrate these with constant exercising and high intake of water, they will be creating viable methods of sustaining their energy. To alert the effects of energy drinks, the FDA should put manufacturers to the task of notifying users of the adverse effects of consuming energy drinks [6]. This is because some of the products in the drinks are not healthy for human consumption. Finally, just like Ramapo College imposed a ban on the use of energy drinks [1] similar interventions or regulations could be implemented to ensure that college students do not access energy drinks while in school [2].

True to the advertisers’ word, “energy drinks will give its users a boost of energy.” However, what the users do not know is that the contents of the energy drink will have negative effects on their health and performance in the future. Manufacturers have failed to comply with the most significant aspect of their ethics in production, which is failing to notify users that the contents of their drinks may result to future health complications. After all, they are not legally obliged to notify their clients the sources of the contents of their product. The contents of most of the supplemental ingredients contain dubious elements, at times contaminated with heavy metals, bacteria, and prescription drugs. Nutritionists advise users to get adequate sleep to enhance their energy. Consequently, refraining from excess alcohol and adapting healthier living styles, such as feeding on fresh fruits and vegetables, will have positive effects on the users’ lifestyle in comparison to using energy drinks. Likewise, there should be adequate information control mechanisms to ensure that manufacturers inform users on the potential effects of the energy drinks produced.