Introduction Haematoxylin and eosin–stained sections (×40) depicting pancreatic tissues comprising acinar cells and duct element distributed along the bile duct’s wall. Context To the best of our knowledge heterotopic pancreas is rarely found in the liver. Case report The case of a 39-year-old woman with incidentally diagnosed intrahepatic heterotopic pancreas tissue, who underwent surgery to cure intrahepatic stones and recurrent cholangitis, has been reported. A choledochal cyst had been excised 38 years ago when she was an infant. Conclusion In this study, we discuss the pathogenesis hypothesis and present a brief review of the cases reported in this regard. We believe that an embryonic failure resulted in the formation of a choledochal cyst and heterotopic pancreas.

Pancreatic tissue located in an organ or tissue detached from the pancreas, without anatomical, neural or vascular continuity with the pancreas, is known as Heterotopic Pancreas (HP) or ectopic pancreas. Easily found in organs such as stomach and duodenum [1, 2, 3]. HP has been described in the digestive tube, lymph node, mediastinum, hilum of the spleen or mesentery, and in other remote position [4, 5, 6, 7]. Most of the patients with a HP are asymptomatic. However, clinical symptoms and severe complications, such as ulceration, jaundice, bleeding, intussusception, duodenal obstruction, cholecystitis and cancer, have been reported and can occasionally demand urgent surgery [2, 3, 8, 9, 10, 11, 12, 13].

In this study, we describe a rare case of symptomatic HP in the liver associated with a formerly resected congenital choledochal cyst, which was treated by hepatectomy. Furthermore, we review the literature pertinent to this case.

A thirty-nine-year-old woman was admitted to our hospital with recurrent events of acute cholangitis. When she was one years old, the patient underwent an open cholecystectomy and a Roux-en-Y hepaticojejunostomy, owing to the presence of a congenital biliary cyst. Her physical examination revealed mild jaundice, while the blood tests revealed leucocytosis and mildly increased amylase. In addition, abdominal ultrasonography B-mode revealed dilatation of the intrahepatic bile ducts and hyperechogenic images with posterior shadow. Echo Doppler colour showed no blood flow into the segmental branch of the right liver lobe. T1W-Magnetic Resonance Imaging (MRI) post gadolinium with fat suppression showed a thrombus into the portal branch and partial encasement of the II/III segmental portal branch due to the underlying disease, including biliary stones. Moreover, the T2W-MRI coronal and axial images revealed hypointense intraductal structures that seem to be biliary stones and ductal ectasia on the liver’s left lobe (Figure 1 a, b, c, d). MR-cholangiopancreatography and percutaneous cholangiography showed intraductal stones and a long tight biliary stenosis. The biliary anastomosis, which was performed during her childhood, was patent. Unfortunately, no amount of the surgical specimen, related to the choledochal surgery performed years ago, is available at present, which could have helped to re-examine it. A left lateral segmentectomy was conducted to treat intrahepatic lithiasis and recurrent cholangitis, which was performed by open laparotomy without intercurrences. The recovery observed was unremarkable. The surgical specimen had dilated biliary ducts and lithiasis. Surprisingly, a pathological examination revealed pancreatic tissue distributed along the wall of the dilated biliary ducts.

HP has been rarely reported to be present in the liver, although it seems to be common along the digestive tube, particularly in its proximal portion. Nevertheless, Tadashi [4], who studied one thousand autopsied livers during a ten-year period, noted the presence of HP-like tissues in 4.1% of the cases. The researcher states that HP tissues were generally located near the intrahepatic bile ducts and mixed with intrahepatic peribiliary glands. Furthermore, Fang-Yin Kuo et al. [20], who studied livers explanted during a liver transplant, determined that 4.2% of the explanted livers contained pancreatic acini-like tissue. This observation suggests that presence of HP in the liver is more common, in comparison to our previous considerations in this regard. Probably, a few such cases have been reported in medical literature because HP rarely causes symptomatic diseases, and it is not systematically investigated in routine pathological exams. Among the 41 cases studied by Tadashi, only one presented a case of ascending cholangitis, while 22 had normal livers. This author did not report the presence of dilated bile ducts in his series [4].

Cases of adenocarcinoma arising in intrahepatic HP have been rarely diagnosed [15, 16, 25]. However, malignant transformation was reported in extrahepatic pancreatic heterotopia by others [12, 26], which is considered as a very rare event. Furthermore, cases of intrahepatic HP have been diagnosed, which are associated with cirrhosis [27], Caroli´s disease [28], insular carcinoma [29], abdominal mass [30], perivascular epithelioid-cell tumour (PEComa) [18] as well as cases noted from autopsies [4].

HP, in association with extrahepatic biliary ducts, has been previously described in the literature. However, its occurrence is uncommon. Lai and Tompkins reported two cases of HP in extrahepatic biliary ducts among 37 patients with confirmed HP through a 26-year-long study conducted at Los Angeles Medical Center [2]. Zhang et al., who studied 89.770 samples from surgical resections and 9.974 upper endoscopic biopsy, described two cases of HP in the hepatic hilar region and one case in the gall bladder among 184 cases of HP, which were found to be casuistic, and no cases of intrahepatic HP were reported.

Extrahepatic HP has been reported previously in association with congenital diseases. Ogata et al. found HP incidentally while operating on children suffering from congenital disease such as biliary atresia, Meckel’s diverticulum, jejunal atresia (type IV), malrotation with volvulus, hypertrophic pyloric stenosis, among others [31]. Most of them demonstrated no symptoms related to HP. In their experience, 14.8% of the patients with Meckel’s diverticulum, 5.6% of the patients with malrotation, and 7.7% of the patients with annular pancreas were identified to have HP. Moreover, Ogata et al. reported one case of choledochal cyst. However, other scholars have also reported congenital diseases associated with HP [31]. Prasad et al. [32] reported two cases of intestinal HP associated with a choledochal cyst and extrahepatic biliary atresia. There are many reports of HP associated with congenital disease such as oesophagus atresia, Meckel’s diverticulum, and so on [33, 34]. The pathogenesis of HP is unclear and remains as a subject of discussion and further investigation. There are three major theories in this regard. One asserts that HP has its origin in the embryonic tissues of the foregut. During embryonic rotation, viable pancreatic cells separate from primitive pancreas, allowing the growth of tissue portions distant from the pancreas, especially in embryonic structures that are closely related to one another [4]. Hence, this theory suggests an embryonic development failure. Consequently, experimental observations suggest that HP could have an origin in metaplastic cells. In such a case, a chronic inflammatory progression of a periductal dilated and disease biliary system could induce metaplasia. Second, in this model, the initial event could be a congenital dilated duct causing chronic cholangitis and eventually metaplasia of periductal cells. This hypothesis is well-supported by experimental and clinical investigations [20, 27, 35]. According to it, in the present case, the intrahepatic stones would function as the initial disease, causing dilatation of biliary ducts and cholangitis. The subsequent chronic inflammatory response would be responsible for the induction of metaplasia in the periductal cells, as suggested by Yu et al. in a similar case. The third hypothesis states that a failure in the Notch signalling system, an evolutionarily ancient cell interaction mechanism that plays a dominant role in metazoan development, could be responsible for the formation of HP [36]. It is reasonable to consider that more than one simple mechanism could be involved in the development of HP. The report concerning different malformations pertaining to HP, as discussed above, could favour the hypothesis regarding an embryonic failure. At some point during embryonic development, a minor failure, perhaps induced by an external factor such as drugs or virus, could allow the survival of the embryo but result in different coexisting malformations. The absence of inflammatory tissues or metaplasia around the HP in the present case is a solid argument against the hypothesis concerning metaplasia, but it is not enough to exclude it altogether.

Can the long stenosis of the bile duct on the left lateral sector of the liver be explained by the HP? It is possible that the stenosis was caused by chronic inflammatory and regenerative process secondary to cholangitis over the years, but a long and significative stenosis such as the one showed here was not described by others in similar cases [8, 14, 15]. If this stenosis was an ischemic sequel of the biliary surgery performed years ago, then it could support the hypothesis concerning metaplasia in the following way: a postoperative biliary stenosis causes upstream dilation and chronic cholangitis, thereby resulting in chronic inflammatory diseases that induce the metaplasia [20, 27, 35].

How can one explain the presence of biliary stones? Terada et al. state that intrahepatic HP communicates with intrahepatic bile duct lumen. In fact, in the case report by Suzuki et al. [19], high levels of bile duct amylase were observed. The presence of pancreatic enzymes in bile juice could modify the bile content and cause cholesterol stones [37]. These stones cause obstruction in the bile ducts, duct dilatation and, eventually, cholangitis. Only in the case reported by Suzuki et al., duct dilatation was observed, but not stones. In this one case, Suzuki et al. reported the presence of extrahepatic and intrahepatic biliary cysts, suggesting a congenital but no obstructive causes for duct dilatation. As reported by Terada [4], in most cases, intrahepatic HP has minimal dimensions, which are probably insufficient to produce substantial amounts of pancreatic enzymes to modify the features of bile. This explains the majority of asymptomatic cases and suggests that a minimal critical amount of HP mass can be present to produce such symptoms.

Could this be a case of Caroli’s disease as it was associated with choledochal cyst and because one case of intrahepatic HP has been described in association with it [28]? Caroli’s disease is a congenital malformation characterized by the multifocal dilation of segmental bile duct, often associated with choledochal cyst. However, a long intrahepatic biliary stenosis like the one showed here does not support this diagnosis. In addition, the image of the liver does not indicate the cystic appearance characteristic of Caroli’s disease.

In conclusion, in this study, we report a rare case of symptomatic intrahepatic HP associated with biliary lithiasis and recurrent cholangitis in a patient who had a congenital choledochal cyst resected previously. We believe that an embryonic failure resulted in the formation of a choledochal cyst and HP. The pancreatic periductal tissue induced bile changes, which produced the stones with consequent bile duct dilatation and infection. To the best of our knowledge, this is the second case of intrahepatic HP and choledochal cyst to be described in medical literature.

Authors declare to have no conflict of interest. 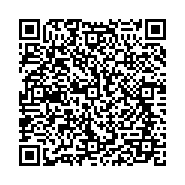