Squamous Cell Carcinoma of the Pancreas: A Review of the Literature

Despite being the tenth most commonly diagnosed malignancy in the United States, pancreatic cancer remains the fourth leading cause of all cancer-related death. The aggressive nature of this disease makes pancreatic cancer the only cancer tracked by both the American Cancer Society and the National Cancer Institute to persistently have a five-year survival rate below 10% [1]. Pancreatic malignancies can be divided into endocrine and nonendocrine origin. Non-endocrine malignancies of the pancreas are of ductal and acinar origin, with ductal being more common [2]. Ductal cell carcinomas can be further subdivided into adenocarcinoma and squamous cell carcinomas, with adenocarcinoma accounting for 90% of pancreatic malignancies.

Primary squamous cell carcinoma (SCCP) is a particularly rare form of pancreatic cancer, comprising approximately 1% of all pancreatic malignancies, with a reported incidence range of 0.5% to 5% from the literature [3, 4, 5, 6, 7]. This presents a clinical challenge as diagnosis, response to treatment, prognosis and outcome are relatively poorly understood compared the relatively more common pancreatic adenocarcinoma (PA). Primary squamous cell carcinoma of the pancreas is typically only diagnosed once other primary sources of the tumor are excluded and histology confirms a lack of glandular component. Discrepancies in the reported incidence of SCCP in the literature have been attributed to erroneous categorization of adenosquamous carcinoma as SCCP [7], possibly leading to overestimation of incidence in some cases.

Analyses of the biologic behavior of SCCP from previous reports highlights its propensity to affect older individuals, presence of metastasis at diagnosis, poor response to chemotherapeutic agents and radiation therapy and an extremely short survival period [2, 8].

The most common neoplasms affecting the pancreas are of ductal cell origin, which includes both PA and SCCP, with the vast majority being PA [9]. Primary squamous cell carcinoma of the pancreas is typically only diagnosed once other primary sources of the tumor are excluded and histology confirms a lack of glandular component. Discrepancies in the reported incidence of SCCP in the literature have been attributed to erroneous categorization of adenosquamous carcinoma as SCCP [7], possibly leading to overestimation of incidence in some cases. Histopathologically confirmed cases of SCCP have a low incidence reported between 0.2% and 5% of all pancreatic cancers [2].

Histologically SCCP like other squamous cancers demonstrate keratinization with an esosinophilic cytoplasm, formation of whorls or “pearls” with intercellular bridges and epithelial cells arranged in irregularly shaped nests and cords. In addition, desmoplastic responses secondary to ductal obstruction have also been suggested as a prominent feature. Various theories exist concerning the pathogenesis of SCCP. A possible mechanism is that chronic inflammation, seen in conditions such as pancreatitis, may induce squamous metaplasia [10]. Squamous metaplasia is relatively common, with up to 64% of pancreatic ducts examined at autopsy demonstrating this histology [2], suggesting that SCCP may result from malignant transformation of squamous metaplastic zones in the pancreatic ductal epithelium. This possibility is supported by the finding that most, if not all instances of SCCP are associated with chronic pancreatitis. In one study reported by Mikal and Campbell [11], pancreatitis was discovered in 49% of 100 autopsies on patients with pancreatic cancer. Other theories for the development of SCCP include malignant change in a primitive cell capable of differentiating into either squamous or glandular carcinoma and malignant change in an aberrant squamous cell [2].

Radiological features that have been reported in differentiating SCCP from PA are the enhancement of the tumor with contrast computed tomography (CT) and “blush” patterns with angiography. These two features are likely due to the hypervascular nature of SCCP. In a report by Fajardo et al. [12], the use of dynamic CT with a bolus injection of intravenous (IV) contrast in a patient with SCCP demonstrated an increased attenuation of 35 Hounsfield Units (HU) to 61 HU, indicating increased vascularity. Sprayregen et al. [13] reported that in 2 cases of SCCP tumor “blushes” were present, with one case demonstrating hypervascularity. This finding led some studies to conclude that these features may aid in differentiating SCCP from adenocarcinoma [12]. It should be noted that radiological hypervascularity are seen in other conditions, including cystadenoma, cystadenocarcinoma, adenosquamous carcinoma, hemangiomas, angiosacroma, leiomyosarcoma and neuoendocrine cell neoplasms of the pancreas [12]. Regardless, the clinician should maintain a high index of suspicion for SCCP as part of the differential diagnosis when hypervascularity or tumor blush is identified in a pancreatic lesion. Specific risk factors for primary squamous cell carcinoma of the pancreas have yet to be defined. However, the same risk factors for adenocarcinoma appear to also be associated with the development of SCCP [2].

Analyses of the biologic behavior of SCCP from published literature highlights its propensity to affect older individuals, presence of metastasis at diagnosis, poor response to chemotherapeutic agents and radiation therapy and an extremely short survival period [2, 8]. A mean age of 62 to 65 has been reported for patients with SCCP [4].

Patients with SCCP typically present with symptoms identical to those of adenocarcinoma, and include abdominal pain, back pain, anorexia, weight loss, nausea, vomiting and obstructive jaundice. Uncommon presentations with upper gastrointestinal bleeding and melena have also been reported [14]. All regions of the pancreas appear to be equally affected by SCCP, with tumors commonly overlapping multiple regions [2]. The distribution pattern of SCCP varies, with one study reporting 73% in the head of the pancreas, 45% in the body and 23% in the tail [15]. Hypercalcemia is another finding reported in SCCP without evidence of bony metastasis, with a varying degree of interaction between parathyroid hormone, parathyroid hormone-like peptides, prostaglandins, vitamin D-like sterols and osteoclasts as the likely mechanism [10].

The mean tumor size, as reported by Brown et al. in his review of 36 autopsy patients with SCCP was 7.8 cm, with approximately 95% of patients demonstrating evidence of metastasis at the time of evaluation or surgery. The most commonly involved structures included, regional lymph nodes, liver, lung and bone. This study also demonstrated that the majority of SCCP are over 4cm, and tended to be poorly differentiated and present with distant disease at presentation compared to PA. Metastatic SCCP is far more common than primary SCCP [16]. In an autopsy study by Cubilla and Fitzgerald [16], 261 (63.5%) of 411 pancreatic neoplasms were metastatic and no primary squamous tumors were found. Of these, 49 (11.9%) metastasized from the lung, 12 (2.9%) from the cervix and 10 (2.4%) from the esophagus. Due to the tendency of any squamous neoplasm found in the pancreas to be a metastatic lesion rather than a primary tumor, it is critical that appropriate evaluation using radiological imaging, endoscopic visualization or other diagnostic modalities be implemented to identify possible primary cancers [2]. To date, no criteria exists for a cytologic distinction between metastatic and SCCP.

The treatment options for SCCP are limited, with surgical resection, chemotherapy and radiotherapy with limited to poor results [10, 15]. SCCP is often metastatic or locally advanced at time of diagnosis, making resection impossible in most patients.

Limited data suggests survival may be improved with adjuvant therapy, and differs between SCCP and PA. Katz et al. [17] demonstrated an improvement in survival with the use of chemoradiation in the palliative setting, but no significant improvement was seen with adjuvant therapy. Different chemotherapeutic agents have been used, including combinations of cisplatin, 5-fluorouracil and vinblastine, with one report [7] suggesting regimens including gemcitabine displaying an improved response. A report by Ravry [18] described symptomatic improvement in patients with SCCP treated with bleomycin. The rarity of SCCP makes the role of chemoradiation in the management of these tumors unclear. To date no standard chemotherapy regimen has been established for SCCP and further investigation is needed

Novel methods of SCCP detection are emerging today. There are currently two reports of the role of “squamous cell carcinoma antigen” (SCCPAg) to diagnose and monitor the disease. Reports by Hachiya [23] and Minami et al. [24] indicated that the serum levels of SCCPAg was notably elevated in a patient with SCCP with a value of 14.9 U/mL that declined to normal limits after complete resection of the neoplasm. While more investigation is needed, these reports suggest that the level of serum SCCPAg may be a useful marker for tumor recurrence. However, no specific modality has been widely accepted to effectively monitor SCCP to date.

SCCP is a rare and aggressive neoplasm. It commonly presents with metastatic disease and has more aggressive characteristics when compared to PA. Surgical resection should be considered in any SCCP patient with resectable disease that are candidates for surgery, as it appears to be the best option for improving survival. 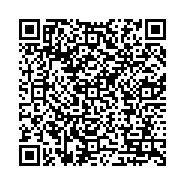