Left sided portal hypertension (LSPH) is a rare clinical entity, most often related to pancreatic diseases. The characteristic feature of LSPH is splenomegaly, varices with normal liver function. Splenectomy remains the treatment of choice, when it presents with gastro intestinal tract bleed. Surgery in the presence of massive spleen and collaterals could be hazardous. Splenic artery embolzation as an adjunct to surgery has been tried by some authors with good result.

Left sided portal hypertension (LSPH) is a rare clinical entity, most often related to pancreatic diseases. The characteristic feature of LSPH is splenomegaly, varices with normal liver function. Splenectomy remains the treatment of choice, when it presents with gastro intestinal tract bleed. Surgery in the presence of massive spleen and collaterals could be hazardous. Splenic artery embolzation as an adjunct to surgery has been tried by some authors with good result.

Left-sided Portal Hypertension (LSPH) or sinistral or segmental portal hypertension is caused by isolated obstruction of splenic vein. These constitute less than 5% of all the cases of portal hypertension. Splenic vein thrombosis remains most common cause of LSPH [1, 2]. Secondary to large pancreatic tumor invading splenic vein and causing splenic vein thrombosis is well described in literature [3, 4]. Rare causes of LSPH are aneurysms, lymphadenopathies, edema or compression of splenic vein by adjacent organ. Patients of LSPH present with normal liver function, splenomegaly and gastric fundal varices alone or in combination with esophageal varices. LSPH remains the only group of portal hypertension where splenectomy is curative [1]. However splenectomy in presence of LSPH could be technically demanding, more so if concommittment procedure like distal pancreatectomy is to be performed or splenectomy is to be performed laparoscopically [5].

We report a case where splenic artery embolization was done as an adjunct to surgery in management of patient with LSPH secondary to Solid Pseudopapillary Epithelial Neoplasms (SPEN) tumor of pancreas causing neighboring mass effect on splenic vein.

Figure 1B. Large retro-peritoneal collaterals (marked with arrow) on the Left side with splenomegaly and normal enhancing liver parenchyma. (Splenomegaly marked with solid arrow).

Though this lady had never bled but in view of resectable pancreatic lesion, massive splenomegaly which was hampering her day to day activity and showing features of hypersplenism, she was offered surgery. She was vaccinated and worked up. Informed consent was obtained. She was subjected to proximal Splenic Artery Embolization (SAE) with Gianturco coil (cook Inc.) and absorbable gelatin sponge. After which she underwent Splenectomy with distal Pancreatectomy. Intra operatively well circumscribed pancreatic lesion closely abutting splenic vein, massive splenomegaly with patches of devascularization (sequelae to SAE) and large collapsed collaterals were found (Figure 3). The entire procedure could be completed with only 200 ml of blood loss. She made uneventful recovery.

LSPH is being diagnosed more frequently both because of increased awareness of the clinical entity and availability of better diagnostic modality. Since most patients are asymptomatic, exact incidence is difficult to determine. Though most of the case series report gastro-intestinal tract bleeding as predominant symptoms, pain in abdomen without bleeding may be the presenting symptom in 25- 38% of the patient. This could be due to variety of causes like chronic pancreatitis, pseudocyst, malignancy or splenomegaly as seen in our patient. Splenomegaly is a hallmark of long standing portal hypertension [1, 2].

USG abdomen is often the preliminary investigation done in these patients. It is readily available and noninvasive. Most of the patients by the time, they reach to tertiary canters have USG, while it provides information regarding liver echo texture and splenic dimensions. It does not provide complete information, more so in patients who are candidates for surgery. Further imaging either in form of dynamic, multi slice contrast enhanced CT or MR angiography is needed to delineate the anatomical details [6, 7]. An experienced endoscopist can identify Gastric varices in vast majority of cases [8].

As of now there is not enough evidence to support prophylactic splenectomy in asymptomatic patient. However before making a decision the underlying disease, general condition of patient, presence and severity of symptoms should be considered [1, 2]. In the index patient lesion in pancreas, whose nature was uncertain, which was causing LSPH and hypersplenism, swung the decision in favour of surgery. Post-operative histopathology showed it to be Solid and pseudo papillary tumor with all eleven nodes harvested negative for malignancy. SPEN are capable of growing to large size and are of low grade malignant potential. Although metastasis and recurrence following surgery is known, still results following en-bloc surgical resection remain good [9, 10]. We have a follow up of 2 year and patient does not have any loco regional recurrence or distant metastasis.

Intra operative blood loss remains a major concerned in the patients of LSPH with massive spleen and collaterals in the retroperitoneum. Intra-operative ligation of splenic artery through lesser sac could be an option but often it is difficult, more in this case as it had mid body pancreatic lesion. Therefore we decided to use SAE, which has been used by some authors in cases of high risk splenectomy [11]. Pre-operative SAE as an adjunct or sole modality is being used increasingly in Portal hypertension, control of splenic hemorrhage from trauma and prior to surgical resection [12, 13]. There are case reports where Trans-catheter splenic artery embolization, followed by laparoscopic splenectomy has been used in management of gastro intestinal bleed in a patient of LSPH [5]. There are multiple publications, where SAE is used as an adjunct for patients undergoing Laparoscopic Splenectomy (LS) for massive splenomegaly [14, 15, 16]. Most of the publications describe massive splenomegaly as more than 20 cm [17]. As of now there are no objective criteria for the use of SAE preoperatively. Some authors recommended that SAE is useful in patients undergoing LS with spleen size more than 20 cm [14]. The decision to perform SAE is usually individual depending up on the degree of difficulty anticipated.

Most of the publications reports complete technical success with SAE. Apart from groin hematoma and pancreatitis, procedure related complications are uncommon [14, 15]. Still its use has to be carefully weighed against the potential complications like necrosis of pancreas or retroperitoneum. The placement of embolic agents has to be selective. Surgery could be performed on the same day, under the same anaesthesia or next day of SAE [14, 18].

Post embolization syndrome consists of pain in left upper quadrant, fever, nausea, was seen in our patient but responded to symptomatic treatment. It is seen in more number of patients who undergo surgery on the next day of procedure [14]. Increase in the platelet count and decrease in the size of spleen following SAE is reported [16].

We also found that when compared with our retrospective data blood loss and operating time was much less in the patient. We did not transfuse any blood and patient could be discharged on 5th POD. This is consistent with published literature which shows decreased operating time, intra-operative blood loss, transfusion requirement and shorter hospital stay in patients who have undergone laparoscopic splenectomy after SAE [14, 16, 18].

Incidence of complications like post-operative bleeding, pulmonary complications or pancreatic leaks does not increase with the addition of SAE to surgery [16, 18].

In spite of abundance of literature in favour of SAE, word of caution is warranted. Most of case series published is retrospective. These may have selection biases [15, 18]. Clear indications for the use, timing of surgery after SAE and proving significant benefit in decreasing blood loss, hospital stay in a setting of a prospective, randomized trial will establish a clear role.

Chronic pancreatitis and pancreatic lesions are the most common cause of LSPH as splenic vein is contiguous with pancreas throughout the organ‘s entire length. In presence of normal liver with patent portal vein, unexplained splenomegaly and varices, LSPH should be suspected. Underlying cause for LSPH should be identified and addressed if possible because the prognosis of LSPH depends on aetiology. Splenic artery embolization, when performed as an adjunct to surgery in a timely manner, makes surgery safer. 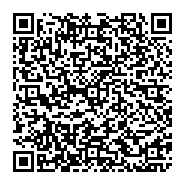