Introduction Solid pseudopapillary tumours (SPN) of pancreas are increasingly being diagnosed and reported. Understanding the management of these tumours is getting better but still there are many unanswered questions. Materials and Methods this is a retrospective analysis of prospectively maintained surgical database at the department of GI Surgery and GI Oncology, Medanta, Gurugram, Haryana. The clinicopathological and surgical parameters of 34 patients who underwent surgery for SPN, over a 10 year period were analysed. Results All patients underwent surgical resection, which included 12 (35.3%) Whipple’s pancreatoduodenectomy, 4 (11.76%) central pancreatectomy, 11 (32.35%) spleen preserving distal pancreatectomy and 6 (17.65%) distal pancreatosplenectomy. Three patients were detected to have recurrence and were re-operated. Conclusion Surgical management of SPN yields good long term results despite recurrent or metastatic disease. Many deficiencies still remain in the understanding and management of this disease.

Wide availability and improvements in radiological techniques have led to an overall increased detection of pancreatic cystic neoplasms (PCN) [1]. Solid papillary neoplasms (SPN) contribute to about 2-5% of PCNs and 1-2% of exocrine pancreatic tumours. There has been a reported 7 fold increase in the number of SPN cases since 2000 [2]. Surgical resection has been described as the best treatment option for SPN, as SPN is believed to be associated with a malignancy rate of 8 to 20% [3, 4, 5]. In 2010, World Health Organization (WHO) classified it as low grade malignant epithelial neoplasm [6]. Presently there are no defined pointers which can reliably differentiate between benign and malignant varieties of SPN. There are many other aspects of the natural history of these tumours which are still ill understood. We are presenting our 10 year experience of managing SPN of pancreas to share some of the lessons we learnt.

Between March 2010 and March 2020, 883 pancreatic resections were performed in our department. Thirty four (3.7%) of these were performed for SPN. Clinical presentation, laboratory investigations, imaging features, surgical details, pathological characteristics and follow up data were analysed from a prospectively maintained surgical database, medical records and electronic hospital information system. The study was approved by the Institutional review board and ethics waiver obtained (MICR: 1123/2020). All patients had undergone routine preoperative investigations in the form of basic blood work, and tumour markers - serum levels of carbohydrate antigen 19-9 (CA19-9). Preoperative imaging was available in the form of contrast enhanced computed tomography (CT) of abdomen or magnetic resonance imaging (MRI). In some patients a preoperative tissue diagnosis was available in the form of endoscopic ultrasound (EUS) guided fine needle aspiration cytology (FNAC) or image guided percutaneous biopsy. Surgical procedures were dependent on the location of the tumour and multi visceral resection was performed where deemed necessary for R0 resection. A postoperative clinical care pathway was followed for all patients. Postoperative complications were defined according to the International study group of Pancreatic Surgery (ISGPS) 2016 classifications [7]. Immediate postoperative outcomes were graded as per the Clavien Dindo Classification [8].

The analysis included profiling of patients on different demographic, clinical, surgical parameters and postoperative outcomes. Descriptive analysis of quantitative parameters were expressed as means with standard deviation and median with range. Categorical data were expressed as absolute number and percentage. All analysis was done using SPSS software, version 24.0.

There were 29 (85.3%) females and 5 (14.7%) were males. The median age was 27 years with a range from 12 to 44 years. The median age in women was 22 years, whereas in men it was 32 years. The most common symptom of presentation was abdominal pain 17 (50%) patients, followed by an incidentally detected pancreatic space occupying lesion in 10 (29.4%) patients. No patient presented with jaundice, gastric outlet obstruction, gastrointestinal bleed or pancreatitis. Clinical features are listed in Table 1.

Baseline laboratory parameters were within normal limits for all patients. No patient had anaemia or derangement of liver function tests or renal function tests. CA 19-9 values were available in 29 patients, all were within normal range. On cross sectional imaging, the SPN appear well encapsulated solid cystic tumours with enhancement of solid component on arterial and venous phase, with a mean tumour size of 5.2 cm (range 2.2 to 12 cm). In 20 patients (58.8%) the tumour was located in the body and tail of the pancreas, in 14 (41.2%) the head of the pancreas was involved. Intra-tumoral calcifications were present in 6 (17.6%) patients. There was abutment of the superior mesenteric vein for a length of 2 to 4 cm in 3 patients

Surgeries performed are listed in Table 2. Pancreatoduodenectomy was the commonest procedure performed. The bile duct in all these patients was <5 mm in diameter. No patient had a dilated pancreatic duct. Two patients underwent multi visceral resections along with distal pancreatosplenectomy, gastrectomy and a segmental colonic resection respectively. Vein resection was not required in any of the patients. None of the resected patients had evidence of intra-operative metastasis. None of the patients required intra-operative or post-operative blood transfusions. Six patients (17.6%) underwent laparoscopy assisted surgeries – 4 were spleen preserving distal pancreatectomy and 2 distal pancreatosplenectomy. The mean tumour size in patients who underwent laparoscopic resections was 2.7 cm (range 2.2- 4.5 cm). Mean length of hospital stay was 5.5 days (range 4 to 8 days). There was no post-operative mortality. Eleven patients (32.3%) developed grade A pancreatic fistula, 4 (11.7%) developed grade B fistula. No patient had a bile leak. Rate of post-operative morbidity was 32.35% (11/34). There were no grade 3 or 4 complications. Postoperative outcomes are enlisted in Table 3.

The median follow up was of 36 months, range 116 to 1 month. A protocolized imaging follow up was not performed, but on demand evaluation performed, depending on patient symptoms. During this study period, 3 patients developed recurrence. One of them had undergone spleen preserving distal pancreatectomy in 2006, presented with recurrence after 8 years. A solid cystic lesion was identified in the pancreatic body which was confirmed as SPN on EUS guided FNA. She underwent a subtotal pancreatectomy and splenectomy. A peritoneal nodule was also identified during surgery and completely excised. The final histopathology confirmed SPN with clean resection margins. There were no features of angio invasion or perineural invasion and the resected lymph nodes were negative for metastasis. She went on to develop nodal, liver and peritoneal metastasis within 1 year of re-resection, which were detected on a follow up PET. The lesions were confirmed as metastatic SPN on liver biopsy. She was offered therapy with erlotinib which the patient declined. Though follow up imaging shows progressive disease, she continues to remain asymptomatic. Our second patient was a young lady, who had undergone an enucleation of SPN, located in pancreatic head in 2010. She presented after 7 years of initial surgery with abdominal pain and was detected to have a recurrence in the tumour bed. She underwent a Whipple’s pancreatoduodenectomy leading to R0 resection. The histopathology analysis did not reveal any high risk features. The third patient was a 39 year old lady, who underwent distal pancreato-splenectomy in 2018 with clear resection margins and node negative disease. She presented 8 months following resection with symptoms of abdominal pain, evaluation of which revealed a large solid cystic lesion in remnant pancreatic body which was abutting the greater curvature of stomach and splenic flexure. She underwent re-resection subtotal pancreatectomy, wedge gastric resection and segmental colonic resection, with clean margins. She is at present symptom free and disease free at 14 months of follow up.

Most patients with SPN are young females and are asymptomatic [2, 9], with recent literature suggesting an increasing incidence of detection of SPN in men [10, 11]. It has also been reported that as compared to women , SPN is diagnosed in men at an older age [12]. This is also reflected in our data, where the median age of men was 30 years, against the median age in women of 22 years. Machado et al suggested that disease in men tends to be more aggressive and they possibly could benefit from a closer follow up [12]. Despite large size of SPN, obstructive symptoms are unusual [13, 14]. The diagnosis of SPN is possible with the typical radiological features [15, 16]. The lesion appears as an encapsulated solid cystic mass with intervening areas of haemorrhage. Cystic components tend to be higher in bigger lesions as compared to small lesions (< 2-3 cms), because of which they pose a diagnostic challenge. The solid component of the lesion enhances during the hepatic venous phase [17, 18]. On MRI, lesions may have a variable intensity on T1 weighted images, but are often hyper intense on T2 weighted images. There is often a demonstration of peripheral enhancement in portal venous phase [18, 19]. Park et al suggested that lesions were larger and had eccentric lobulated margins in male patients [18]. However, a similar trend was not observed in other large series of SPN. These tumours rarely cause ductal obstruction or pancreatitis. Presence of these features should raise the doubt of a ductal carcinoma instead [16, 20]. Except for the presence of suspicious metastatic lymph nodes or distant metastasis, no imaging characteristic reliably identifies aggressive tumours. It has been suggested that breach of lesion capsule or eccentric lobulations may suggest the lesion to have a higher malignant potential [3, 21]. The role of PET in the identification of malignant SPN is insufficient. Literature suggests that the solid component show FDG (fluoro-2- deoxy-D-glucose) avidity, but that does not correlate with malignant potential of the tumour [22, 23, 24]. Surgically, a R0 resection is possible in 95% cases [11, 25]. Surgery in patients with SPN is made difficult mainly by the large size of the tumour and the choice of the procedure is dictated by the tumour’s location. Pancreatoduodenectomy for SPN located in the head of pancreas, poses a challenge as the bile duct is usually not dilated, which makes the bilio-enteric anastomosis technically demanding. This underscores the importance of these surgeries being performed in specialised centres. In patients with SPN the need for venous resection or total pancreatectomy is unusual [25, 26]. Although generally perceived to be non-malignant tumours, recurrences after surgery for SPN are reported in up to 10% cases [27]. Studies have tried to predict features which predict recurrence. Presentation at old age and a large tumour size emerge as consistent factors in studies reporting recurrence [27]. Lymphovascular and perineural invasion and capsular invasion have also been suggested to predict recurrence, but in a multicentre Korean study, these factors were not found to be significant on multivariate analysis [28]. They found large tumour size > 8 cm, lymph node positivity, peritoneal seeding and distant metastasis as features predictive of recurrence [28]. High Ki 67 index has been found to correlate with malignancy and patient outcomes [29]. Three patients had a recurrence in our series and none of them had any high risk features as previously cited in literature. Possibly the pathophysiology of a malignant versus non-malignant SPN is different. What remains still unanswered, but is relevant, as to how the recurrent disease affects the longevity of the patient and what could be the role of adjuvant therapy in these patients to improve outcomes.

SPN are rare tumours seen in young females. Complete surgical resection is safe and possible. Recurrences can occur but our knowledge about the factors responsible for recurrent disease is incomplete. 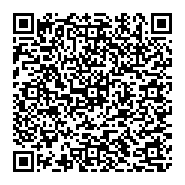