This year much has been written in both the medical and the popular press about the changes in the National Health Service (NHS) since its launch 60 years ago. While the majority of articles are complimentary, praising the NHS and reminding us of how much the NHS is admired by the rest of the world, many authors do point to the challenges of rising costs, an ageing population and the changing public expectations that the NHS now faces. Some of these articles describe the changes in the organisation of the NHS over the last 60 years, but little has been said about the implications of these changes for patients. This paper looks at some of the implications for patients of the way that general practice is now organised.

At the beginning of the NHS, patients registered with a general practitioner (GP). Patients were taken on board for life and the value of the ‘longevity’ of the doctor–patient relationship was described as of prime importance for the doctor, who could monitor the illness experience of patients for the length of their lives,[1] as well as for the impact on succeeding generations. This continuity of care was also much appreciated by many patients and their families. The GP was a well-known, respected and trusted member of the community whom patients not only turned to with their medical problems, but felt able to discuss more personal and psychological problems.[2] Surgeries, though very often inmodest premises, were conveniently located in town centres easily accessible on foot or by public transport. Most family doctors were in small partnerships or single-handed. They usually had both appointments and open-access surgeries, paid home visits and looked after their own patients out of hours.[3]

Perhaps the most significant difference for patients after the beginning of the NHS was that direct financial transactions were removed fromthe consultation. For many patients this meant that they were able to visit the GP without the fear of going without necessities or even food. Dignity for patients and doctors alike was given to the consultation.[2]

Over the last 60 years there have been considerable changes in the way general practice is organised. There are fewer smaller practices, with more GPs working in bigger partnerships and operating fromhealth centres that are often purpose built, and providing more facilities. [4] However, these centres are not always situated in the most convenient locations for the centres of population, are not always serviced by public transport, and thus requiremuch greater use of private transport. For some older patients who do not drive, getting to the GP surgery has become problematic. This is acknowledged in a recent quote by Professor Martin Roland in discussing polyclinics: ‘... there is quite good evidence that patients don’t like big practices and satisfaction is higher in smaller practices. Plus if practices are concentrated in large facilities access for patients is reduced. Patients have further to go and that is a particular problem for the old and disabled’.[5]

Throughout the last 60 years, ease of access to one’s GP has fluctuated. In the first years of the NHS, access was good even though patients may have had to wait for quite some time in an open-access clinic, essential whenfewer patients had telephones. Governmentfigures now tell us that the majority of patients are being offered a non-urgent appointment to see a doctorwithin 48 hours, although it may be longer to see the doctor of one’s choice. Nevertheless, there do seem to be difficulties for some patients wishing to see their ‘own’ doctor quickly for a problem that the patient perceives to be relatively urgent. Such patients value the continuity of care given when they see the doctor who knows them and their health problems.[6] Wider use of telephone consultation and email communication, known to be helpful to both patients and doctors, could be encouraged. There is an additional problem relating now to the lack of flexibility and range of times when patients can consult their GP. Where surgery hours in many GP surgeries are between 8.30am and 5pm in a commuting town, and when there are no surgeries on a Saturday morning, many patients may have to take time off work for even a routine GP appointment. Furthermore, tasks, for example taking a blood sample, previously done ‘on the spot’ and often by the GP, in many practices now require another visit to a specialist clinic in a community hospital. Recent government recommendations for GPs to extend their opening times should help a little, particularly if these hours are sensitive to the needs of the local patient population. It is of interest to note that the most frequent ‘complaints’ to the patient organisation, Patient Concern, are now about GP services, in particular access to the GP of the patient’s choice and continuity of care (personal communication, Joyce Robbins Co Director, Patient Concern).

It is likely that continuity of care provided by a doctor known to the patient has always been valued by patients. Recent patient surveys continue to show that patients still want and value continuity of care.[7] However, changes in the way that primary care is organised and delivered since the formation of the NHS have also created challenges for continuity of care. These changes include GPs relinquishing responsibility for out-of-hours (defined as between 18.30 and 08.00, weekends and bank holidays) services that may make continuity of care problematic for the terminally ill, the frail elderly and those with complex healthcare needs.Arecent study by Richards et al explored the use of out-of-hours services following the implementation of the new general medical services (GMS) contract for patients with cancer.[8] The authors concluded that out-of-hours providers face substantial difficulties in identifying patients with complex needs, in particular those with palliative care needs and suggest that ‘it is vital that the software evolves to allow audit and possible monitoring of vulnerable groups if around the clock effective interagency communication is to be realised’. From the patient perspective, common sense would suggest that practices alert the out-of-hours service about frail and terminally ill patients who may try to contact them. This can help with continuity of care and ease the triage process that can be time consuming and often distressing for agitated relatives or carers.

The removal of direct payment to the doctor at the beginning of the NHS was arguably the most significant change for patients and doctors. Doctors and patients did not need to be concerned about how fees would be paid. Doctors were able to recommend treatments without concern about whether the patient could pay, and patients could receive emergency, elective and preventive interventions without fear of how to pay. Since the beginning of the NHS, concerns have continued to be raised about escalating costs and about whether resources were being used wisely. From 1952 to 2007, reports from the King’s Fund have stated that more resources will be needed unless productivity increases.[9] This is not simply a feature of a state-funded system but can be found in health systems round the world, regardless of the system of Funding. Over the last 60 years, each successive government has introduced measures in attempts to control increasing costs and to make the service more accountable. This was inevitable and correct once the state took responsibility for the Funding of the NHS. Accountability for how resources are used in the NHS is not only to the government but should also be to the public. The present government is making considerable efforts to involve the public more in decision-making processes at both national and local level.[10]Unfortunately, because the public are ignorant about the actual costs of different services and treatment, there is considerable suspicion when changes are introduced to monitor costs and standards and rationalise services that could benefit the whole population.

A consequence of some of these changes is that cost has gradually crept back into the consultation and is very often related to the prescribing of drugs. A recent very public example is the ban preventing patients making ‘top up’ payments for drugs. The fear is that ending the ban would open the door to a two-tier health system with the state offering a minimum service and the rest available to those who could afford it, a situation breaking with the founding principles of the NHS. Another example is the availability of the drug ranibizumab (Lucentis) for ‘wet’ age-relatedmacular degeneration (ARMD).[11] In some primary care trusts (PCTs) Lucentis became available in 2007 for patients only when the second eye was affected. More recently, other PCTs are paying for treatment where either eye is affected.[12] How difficult is it for a patient who learns that a treatment that could be beneficial and is available in a different geographical area is not available to them and that their GP is powerless to help because the PCT will not authorise payment of the drug? It is very possible that such a situation may profoundly affect the relationship between the patient and their GP and could reduce the respect for the GP.

The Quality and Outcomes Framework (QOF) voluntary system to remunerate general practices for providing good-quality health care and to help fund work to further improve the quality of care delivered was introduced as part of the GMS 2004 contract. It can be argued that the QOF has brought cost back into the consultation. However, unlike the situation before the start of the NHS when the patient paid the doctor for services, in the QOF there is no direct payment between doctor and patient but it is necessary for the doctor to see the patient to acquire some of the information needed for the QOF. It is unlikely that the majority of patients know the significance of the QOF in generating income for the practice. Furthermore, there is anecdotal evidence that some patients are questioning why the doctor asks questions that do not appear related to the reason for the patient’s visit and describe this as ‘feeling that they are boxes to be ticked’. It is more likely that the trust and respect of patients will be gained when there is a more transparent approach to informing the public how GPs are paid.

The way that both general practice services and the widerNHS are now organised is complex and unlikely to be understood by most patients. This paper has highlighted some of the implications for patients of administrative changes over the last 60 years in the way that general practice is delivered. It has been necessary to be selective, and some important aspects have been omitted. Moreover, the reasons for some of these changes, however necessary, have not been discussed. The aim of the paper is simply to identify and highlight the effect on patients of specific changes.

Commissioned, based on an idea fromthe author; not externally Peer Reviewed. 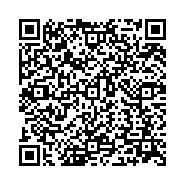