Pancreatic cancer is the fourth leading cause of mortality related to cancer among both genders in the United States [1]. Unfortunately, the majority of the patients are diagnosed at an advanced stage. Moreover, poor prognosis even after complete surgical resection further justifies the urgency and need to detect pancreatic cancer earlier, especially in those individuals with identified high-risk factors [2]. Though, pancreatic cancer is a rare disease before the age of 45, however, the incidence rises sharply in the younger patients over the last decade.

However, with better understanding of human genetics we can now identify those at high risk for developing pancreatic cancer [3, 4, 5, 6, 7, 8, 9] (Table 3). 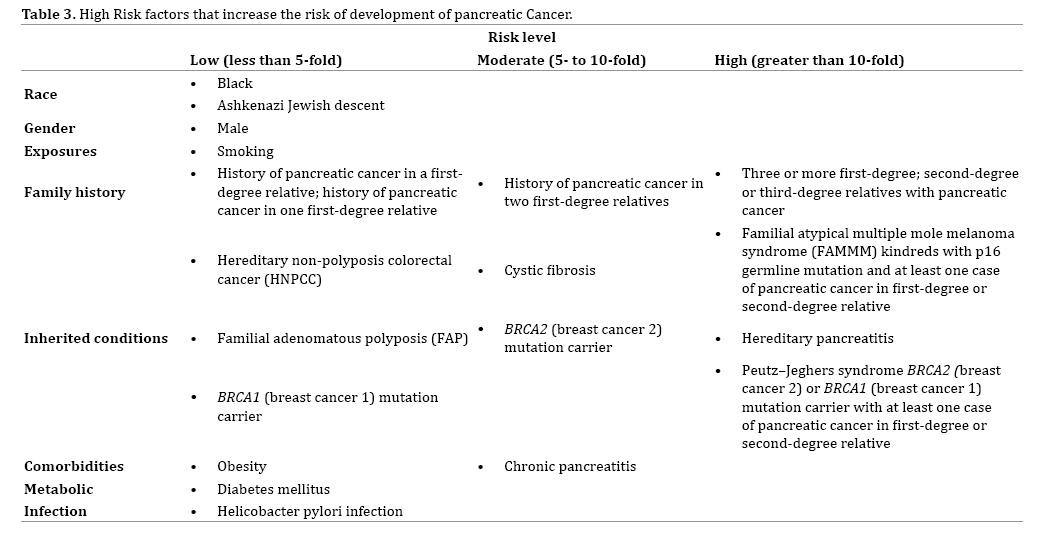 One could argue that diet prevention and life style modification should at least be adopted. Currently, there were no clear guidelines regarding diet-based prevention, however, a balanced diet with good fruit and vegetable intake, abstaining from tobacco products along with lifestyle modifications that can help in to reduce the risk of pancreatic cancer [6, 7, 14].

With the identification of the above factors and development of new diagnostic tools, the experts have suggested screening for individuals with high risk for pancreatic cancer. One such guidelines were devised by the participants of the Fourth International Symposium of Inherited Diseases of the Pancreas, held in Chicago, IL, USA on November 7-9, 2009 [15], who recommend screening only for those at high risk (more than 10-fold relative risk (Figure 1) for pancreatic cancer. 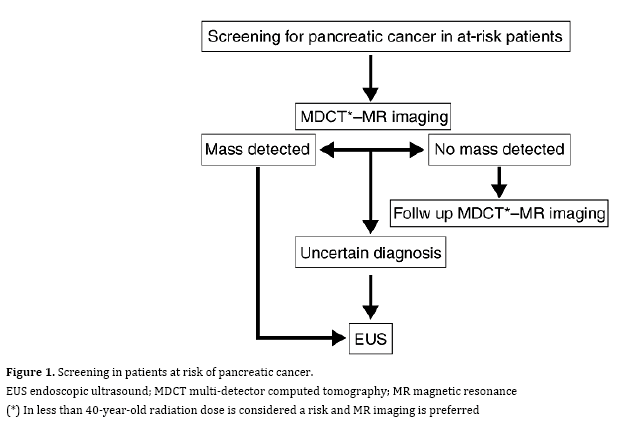 Figure 1. Screening in patients at risk of pancreatic cancer.

Other biological markers, such as PAM4-enzyme Macrophage inhibitory cytokine, carcinoembryonic antigen cell adhesion molecule, DNA methylase transferase, osteopontin, mucin, S100A6 and others are undergoing testing but none of them have been validated up to date [19, 20, 21].

In summary, many efforts have been undertaken to find effective ways to detect pancreatic cancer earlier as the majority of the patients are diagnosed at an advanced stage and bears grave prognosis. Despite all previous attempts at finding a reliable screening modality for pancreatic cancer, no study to date has shown improved survival. CA19-9 is not a screening test. However, a multidisciplinary group of experts should be involved in detecting noninvasive precursor lesions to pancreatic cancers at a curative stage in high risk patients, such as those with inherited cancer susceptibility syndromes and patients with hereditary pancreatitis.

The author has no potential conflicts of interest.