Robotic-Assisted Central Pancreatectomy for a Solid Pseudopapillary Neoplasm of the Pancreas: Clinical Case and Literature Review

This case report describes our technique in performing a robot-assisted central pancreatectomy (RACP). The operation was employed to manage a solid pseudopapillary neoplasm of the neck of the pancreas discovered during a routine staging for breast cancer. The setting was a busy dedicated third-level Hepato-biliary-pancreatic Center with great experience in both pancreatic and robotic surgery.

The patient was a Caucasian 49-years-old woman. Medical history was unremarkable. No cancerous clustering present in the family tree. Nevertheless, a breast cancer was diagnosed during screening mammography with a Core Needle Biopsy-B5. Staging Thorax -Abdominal CT found out an incidental pancreatic lesion, measuring 5 centimeters in the maximum diameter, arising from the neck/body of the pancreas (Figure 1). An endoscopic ultrasonography (EUS) confirmed a hypoechoic lesion with inhomogeneous core, leading to the suspicious of a a benign to borderline pancreatic neoplasm. No lymphadenopathy was detected. A fine needle aspiration cytology (FNAC) was resulted for a solid pseudo-papillary neoplasia (SPN).

Figure 1. Preoperative Abdominal CT , demonstrating a lesion measuring 5 centimeters in the maximum diameter, arising from the neck/body of the pancreas.

The cancer multidisciplinary team meeting recommended to perform neoadjuvant chemotherapy and breast conserving surgery as the first step. Twelve weeks after breast surgery, the patient was referred to our Centre to treat the pancreatic neoplasm. Decision to perform a RACP was undertaken secondary to the low aggressive histology, small dimension and position of the pancreatic neoplasm, close to the neck/body of the gland . The young age of the patient and the good life expectancy after surgery, concurred also in the decision making process. In fact young and fit patients are those supposed could benefit of the advantages of a minimally invasive and parenchyma sparing approach.

The procedure was performed with the robotic System Da Vinci Xi® . Patient was placed in supine position with inferior limbs abducted and moved to a 15-20° reverse Trendelenburg. A nasogastric tube was placed to allow gastric decompression. The pneumoperitoneum was inducted up to 12 mmHg through a Verres needle. Robotic cart was docked from patient’s head, taking attention that the main axis of the cart was coinciding with the principal working axis, coming from the opposite site.

Six trocar ports were employed. In details, an 8-mm camera port was placed approximately 2–3 cm above and to the right of the umbilicus. Other three robotic 8-mm ports were placed to the left (R1) and to the right (R2 and R3) side laterally from the umbilicus. Two additional laparoscopic ports were placed approximately 4–5 cm below the camera port along the left (12 mm port) and the right (5 mm port) mid-clavicular lines respectively, for assistance and retraction (Figure 2). The endo-ultrasound probe (EUS) confirmed the presence of a 5 cm lesion adjacent to the main pancreatic duct and to the splenic vessels. Stitches of 4-0 polypropylene were placed at the inferior and superior pancreatic borders to allow a better mobilization and to ligate transverse pancreatic arteries.

The retropancreatic tunnel was carefully created with gentle dissection.

Progressive dissection of the proximal stump was achieved with the robotic ultrasonic scalpel. The main pancreatic duct was identified and selectively tied using stitches of 4-0 polypropylene. With the endo-ultrasound probe the diameter of the Wirsung duct was measured 1.7 mm. Small branches of the inferior mesenteric vein (IMV) to and from the pancreas were ligated between plastic and a metallic clip to assure proper haemostasis. The transection of the pancreatic neck was then completed, and a sealing patch was placed on the stump.

After sonographic identification of the margins of the lesion, the dissection of the distal pancreatic stump was performed with robotic ultrasonic scalpel, preserving the main pancreatic duct.

For the reconstructive phase we used a jejunal loop dissected 30 cm distally from the Treitz ligament to perform an end-to-side, duct-to-mucosa, pancreatic-jejunum anastomosis in two layers of interrupted stitches. 6 interrupted 4-0 non absorbable coated braided polyester stitches were affixed between the pancreatic parenchyma and the serous layer of the jejunal loop to build up the posterior wall of the pancreatic-jejunum anastomosis.

A duct to mucosa anastomosis was then performed between main pancreatic duct and the jejunum enterotomy using 5-0 polydioxanone stitches. A duct stent was used to facilitate the suture.The anterior layer of the anastomosis was completed with stitches of 4-0 non absorbable coated braided polyester. Operative time was 345 minutes, with an estimated blood loss of 100 ml. No Intensive Care Recovery (ICU) observation was indicated after surgery. Postoperative course was uneventful, except for a mild fever managed empirically by oral antibiotics. On postoperative day (POD) 1 bladder catheter was removed and the patient allowed to mobilize. Pulmonary work was incentivated with specific exercises. Amylase collected from the drain fluid were 174 U/L. Conventional pancreatic resections may be an overtreatment for patient with small tumors of benign or low malignant potential, located close to the neck and the body of the gland, and long term survival expected after surgery. Together with risk of postoperative pancreatic fistula (POPF), both exocrine and endocrine impairment should be considered [1]. Therefore a careful balance between oncological radicality and postoperative quality of life is mandatory.

Central pancreatectomy (CP) could be a rational and feasible surgical option to treat patients that meet the selected criteria.

Young patients, with low aggressive, small (<5 cm) lesions, located between the neck and the pancreatic body or chronic focal pancreatitis [2] are the best candidates to CP. The specific technical contraindications for simple enucleation (lesions lying close to main pancreatic duct at risk of major damage) are also good indications for central pancreatectomy [2].

Although this procedure is associated with an higher risk of postoperative fistula1 arising from the proximal stump or the distal anastomosis, on the other hands, the preservation of pancreatic tissue, may reduce the risk of endocrine and exocrine postoperative impairment. Moreover, the CP is often associated with the preservation of the spleen as well as the biliary and upper digestive tracts [3].

The first open CP with pancreato-enterostomy reconstruction was reported in 1982 by Degradi and Serio [4]. Initial experiences were earlier reported to manage limited chronic pancreatitis or traumatic rupture of the gland, with or without formal reconstructions.

A literature research in PubMed database (1992- 2015) about open central pancreatectomy outlines 24 articles, with a total of 1095 patients who underwent this procedure [5]. Incidence of POPF was rated from 0 to 65%, higher if compared to the more common pancreatic procedures (Pancreaoto-duodenectomy-PD 0-20%, Distal pancreatectomy- DP 2-32%). Endocrine insufficiency was reported from 0% to 14% and exocrine insufficiency from 0% to 22%. The postoperative 30-days mortality was 3%, similar that achieved by PD and DP.

Literature search reported experiences of LCP with reconstruction of the digestive tract both with pancreatogastro (PG) and pancreato-jejunal (PJ) anastomosis. Actually the study with the major number of LCP (n=51) available was published by Machado [23]. This experience reported 63% of PG and 35% of PJ anastomosis performed with a POPF rate of 46%. The study did not compared the incidence of pancreatic fistula between the PG and PJ anastomosis group.

The few available comparative papers between laparoscopic and open central pancreatectomy for low aggressive lesions demonstrated longer operative times, no differences in blood loss, a faster refeeding and shorter hospital stay for the laparoscopic group respect to the open group [25]. A randomized control trial published by Song et al. [21], comparing 26 cases of LCP versus 14 cases OCP all equally performed with PJ reconstruction, reported a POPF rate of 19,2% (n=5, grade B or C) against a rate of 35,7% (n=5, grade B or C) in the OCP group. Fistula outcomes are better in the laparoscopic group, but not statistically significant (p=0.25).

Beyond any doubt pancreatic anastomosis with PG or PJ reconstruction remains the most difficult step during LCP, with a POPF rate that remains similar to that of OCP. Different anastomotic techniques were also proposed to decrease the risk of POPF in LCP. Jiao et al. [15] reported an initial experience in 4 patients with a technique named laparoscopic long sleeve pancreato-gastrectomy (LPG) with only one POPF grade A occurred. A new reconstruction technique was also proposed by Francone et al. [26] utilizing the same jejunum loop to perform the proximal and distal anastomosis.

The robot assisted pancreatic surgery was gradually implemented over the years. Theoretically, it could merge all the advantages of minimally invasive laparoscopic approach with the implementation of the robotic technology. The magnified, steady, 3D-high definition imaging and the integrated ultrasonography system allow to the surgeon a precise anatomical localization of the lesion and of the vascular structures. In addition, the seven degrees instruments replicating the human hand movements, overcome many of the gaps encountered with traditional laparoscopy in challenging pancreatic resections. Vascular dissection, suturing and reconstructions are manageable and safe to perform with the robotics instruments with a learning curve comparable to that of open surgery [27, 28].

Successively Giulianotti’s [29] experience, only seven papers regarding RACP were published [30, 31, 32, 33, 34, 35] with a total of 88 central robotic procedures performed to the present days. In most of the robotic procedures, reconstruction was preferentially performed through a pancreatico-gastric anastomosis (PG, 82/88) with a total POPF rate of 48%. In the few PJ group [30, 31] (6/88), the POPF was reported only in three out of six cases (50%). Between this group 4 cases were specifically reconstructed with a modified Blumgart anastomosis [36, 37].

No study is actually available in literature comparing different reconstruction techniques used in OCP or LCP and RACP in term of POPF rate. Therefore the risk of POPF depending on the reconstruction technique cannot yet be assessed for none of these procedures. It is anyway stimulant reflecting on the fact that a recent Cochrane systematic review [38] highlighted little or no difference between PJ and PG reconstruction technique in overall risk of postoperative pancreatic fistula in pancreaticoduodenectomy (PJ 24.3%; PG 21.4%; RR 1.19, 95% CI 0.88 to 1.62; 7 studies; low-quality evidence).

The choice to perform a PJ over a PG anastomosis as reconstruction strategy in the case above presented was mostly related to the fact that as pancreatic dedicated surgical department our personal experience in regards to PG anastomosis was slightly negative, with a major number or bleeding events occurred and technical difficulties encountered in the management of anastomotic leak and bleeding in the case surgery was required a second time.

A randomized controlled trial edited in 2016 [36] confronted 50 cases of OCP with 50 cases of RACP. Formal reconstruction was performed with a PG anastomosis. The comparison of POPF rate between the two groups was not statistically significant with a POPF rate of 54% (n=27) in the OCP group and of 44% (n=22) in the RACP group. In detail grade A fistula occurred in major number in the RACP group (82% vs. 64%), while grade B/C fistula were more frequent in the OCP group (36% vs. 18%).

Unfortunately none of the published papers, confronted LCP and RACP in terms of postoperative outcomes and POPF risk. Nevertheless it is well accepted that complex technical steps of pancreatic resections, mostly in the reconstruction phase, are best managed with robotic than traditional laparoscopy (Table 1).

Central Pancreatectomy is still an high risk and technically challenging procedure, potentially aggravated by perioperative complications. Accurate selection of the patients that meet the correct surgical criteria and careful balance of the risk of POPF with the advantages of parenchyma preservation is recommended. The robotic approach whenever indicated is feasible and effective and permits a better management of the reconstructive steps compared to traditional laparoscopy. The perioperative parameters, including blood loss, hospital stay, recovery, infections are optimized. The operative time is longer in most of the experiences, although reduced with the progression in the learning curve. However, a standardized procedure for RACP is not actually defined, and the better technique of robotic reconstruction not demonstrated yet. More rigorous clinical research should be advocated for the future. 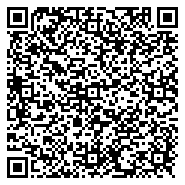