FAST Focused Assessment with Sonography for Trauma; OGD oesophago-gastroduodenoscopy; post-op. Post-Operative; NPO nil per os or Nothing by Mouth

Gastric bleeding is a rare complication of pancreatitis but it carries a mortality risk of above 50%. We often discuss about life-threatening massive bleeding, but there are also some insidious forms that associate anemia [1. 2].

Bleeding complications associated with pancreatitis or pancreatic lesions have as a source either direct pancreatic lesions (pseudoaneurysm or necrosis followed by the rupture of an arterial wall, gastric or oesophageal varices due to splenic vein thrombosis, intra-cystic bleeding, splenic rupture) or may be caused by coexisting pathologies (peptic ulcer, gastritis, tendinitis, oesophageal varices due to FT, Mallory-Weiss syndrome) [5, 6, 7].

We present the case of a 13-year- old patient with a blunt trauma to the abdomen. On 01/11/18, the child had a fall over a bicycle handlebar grip after which he complained of abdominal pain. After transferring to ED, examination showed diffuse tenderness over the abdomen, rigidity, guardening and bruises on left hypochondrial space. The patient was vitally stable and FAST scan showed mild pelvic collection. Admission for observation and was done. 12 hours later, FAST scan showed moderate pelvic collection and laparotomy decision was made.

Formal laparotomy found no lesions in intraperitoneal organs but retroperitoneal hemorrhage was found in zone 1. The lesser sac was explored and pancreatic body injury was identified. Intra-abdominal tube drains were inserted in the lesser sac and pelvis and the abdomen was closed without further actions. On the following days, continuous epigastric pain and vomiting were noted; a continuous yellowish serous fluid was coming out the lesser sac tube drain. Discharge was analysed later-on to prove that it’s of a pancreatic origin. Serum Amylase and Lipase levels were ordered and found to be high. The child was diagnosed with acute pancreatitis and kept unDer conservative treatment.

On 26/11/18, CT abdomen and pelvis with oral and IV contrast was done and reported ‘’A marked edematous swollen pancreas with deep lacerations at its body surrounded with moderate peri-pancreatic pseudocystic loculated fluid collection, marked blurring and soft tissue stranding of the peri-pancreatic, gastro-splenic and mesenteric fat planes were noted, additionally, moderate abdominal and peri-splenic fluid collection was detected’’ (Figure 1).

MRCP was done later-on and reported ‘’A loculated fluid collection at the site of previously noted proximal pancreatic body laceration, it appears inseparable from a larger loculated fluid collection at the left hypochondrium seen encasing the spleen and extending to the gastrosplenic region along the greater curvature of the stomach’’ (Figure 2). On December 2018, the child was discharged to other centre. Ultrasound scan to his abdomen and pelvis was done and reported ‘’Study post-pancreatic injury, average sized and homogenous texture of pancreas head, pseudocystic collection are seen in at region of pancreatic body measuring about 5×4 cm, smudged surrounding peri-pancreatic fat, large encysted collection is seen at left hypochondrium showing thick wall and internal septations, it measures around 9×6×10.5 cm with average volume 350 mL, mild pelvic collection’’.

On February 2019, the patient was referred to our centre. CT scan of abdomen and pelvis with oral and IV contrast was done and reported ‘’Status post-traumatic with pancreatic lacerations, compared to the previous CT study dated 10-12-2018, the current study shows progressive course regarding size of the previously noted localized collection seen at peri-pancreatic, lesser sac and at gastro-splenic region; they appear more localized and clear than the last study, largest at pancreatic body and tail regions measures about 11 × 5 cm along its cross sectional diameters, mild left peri-nephric collection and thickening of Greots fascia’’.

Consequently, the child was referred for an Endoscopic Cystogastrostomy. USS showed ’’A large turbid cystic collection along the pancreatic body and tail measuring 83 × 120 × 145 mm, volume is 950 ml impressive of pancreatic pseudocyst, there is 350 ml of turbid fluid in the pelvic space, hepatorenal space and both flanks, total volume is about 550 ml’’. As a result, Endoscopic Cystogastrostomy was postponed because of active pancreatitis state with infected pseudocyst (Figures 5).

Figure 5. Photos of the patient’s abdomen showing bulge and signs of inflammation. Figure 6. Photo of the serous content drained of the pancreatic psuedocyst.

Follow-up USS reported ‘’Post-traumatic sequel with a small clear cyst 2.7 × 2.3 cm seen at the anatomic seen of pancreatic tail, a retro-peritoneal para-aortic lymph node is detected 8.5 × 4.5 mm with preserved fatty hilum, minimal peri-splenic and pelvic free fluid collection is seen’’. The patient’s general condition was improved after few days and he was discharged until preparing for open cystogastrostomy after consulting the endoscopy team which preferred open cystogastrostomy over endoscopic approach.

On September 2019, after pancreatitis partially subsiding, open trans-gastric cystogastrostomy with Polypropylene interrupted sutures was done and the child was doing very well with empty pelvic tube drain until post-operative day 3. On post-op. day 4 and all of sudden, the pelvic tube drained around 300 ml of fresh blood over an hour. IV fresh frozen plasma and Tranexamic acid were given. Bleeding responded to conservative treatment with ultrasound abdominal scan free of abdominal collections. Patient was recovering, tolerated oral intake, the pelvic drain was removed without any further bleeding and the patient was discharged on post-op. day 8.

3 days later, the patient was transported back to the hospital with massive hematemesis, class 4 hemorrhagic shock, very pale, no distal pulsations were felt, lethargic, HR 160, BP 60/30. The parents reported that he complained of mild abdominal pain before sleeping then massive bleeding came out of his mouth while sleeping. The patient was admitted and resuscitated. OGD was prepared if the attack re-occurred. The patient’s general condition was improved over the week without further attacks of hematemesis then discharged.

Unfortunately, a second attack of hematemesis occurred just 24 hours after discharge. Resuscitation was done and OGD was done and reported ‘’antral gastritis, no ulcers, a blood clot was noted over the opening of cystogastrostomy on the posterior wall of the stomach’’ excluding any possibilities of bleeding peptic ulcers. He was closely observed again on BMT for 1 week, no further attacks occurred and patient completely recovered and as a result, he was discharged.

24 hours after discharge, a similar third attack of hematemesis occurred while sleeping with class 4 hemorrhagic shock. He was transported to ED and resuscitated. The possibilities of pancreatic vessels psuedoaneurysm or arterio-venous malformation were suspected after the third recurrence of hematemesis despite the exclusion of peptic ulcers.

MDCT angiography of the abdominal aorta and mesenteric vessels was done on 24th of September and reported ‘’An iatrogenic encysted fluid collection is seen at the lesser sac, closely related to the gastric fundus and body of the pancreas, it shows dense contents and air locule within, it measures about 2.6 × 5.3 × 6.6 cm at its maximum AP, TS, CC dimensions respectively, a hypodense fluid filled track was seen connecting such collection to the gastric fundus, another track seen connecting the collection to a hypodense focal area within the body of the pancreas and pancreatic duct, hypertrophied gastric mucosa is seen as well, normal CT appearance of the renal, coeliac, superior and inferior mesenteric vessels, no evidence of aneurysms, occlusions, strictures, vascular blush or arteriovenous malformation, for clinical correlation and digital subtraction angiography assessment’ (Figures 7 and 8). Direct arteriography of the abdominal aorta and mesenteric vessels was done and the presence of AVM or pseudoaneurysms was excluded (Figure 9). The decision of open surgery was made after consuming all the possible minimal invasive procedures to avoid open pancreatectomy. A MDT was formed of surgery anaesthesia, intensive care and paediatrics to prepare for open surgery. Conventional distal pancreatectomy with partial gastrectomy and excision of the previous cystogastrostomy anastomosis was done through a midline laparotomy incision with lateral approach to avoid injury to the midline structures, which were complicated by adhesions and chronic inflammation. Necrotic, crushed and chronically inflamed distal pancreatic tissue was noticed with stagnant blood draining. Closure of the abdomen with pelvic drain insertion was done. The patient was transferred to ITU post-operatively on BMT then to HDU until discharge to home with vaccinations to subsequent organisms related to splenectomy. No further attacks of hematemesis were reported and the patient is carrying on daily activities normally (Figure 10). In the above mentioned case, we faced serious recurrent hematemesis attacks that increased the morbidity and mortality risks of the procedure and could possibly cause death. Investigations were for the common causes of bleeding after pancreatic cystogastrostomy including: arteriovenous malformations, pseudaneurysm and peptic ulcer; however, no significant cause was found. OGD showed normal gastric mucosa and bleeding clots deposited over the cyst opening. CT and direct mesenteric angiography did not succeed to reveal arteriovenous malformation or psuedoaneurysm. Proper surgical technique and haemostasis were implemented in the operations excluding the bleeding to be from the suture line. Our explanation is bleeding was coming out of the crushed, chronically inflamed, injured pancreatic tissue as a primary source of bleeding encountered in intermittent attacks. Possibly pancreatic digestive secretions released when patient starts oral feeding cause autolysis and further damage to the necrotic pancreatic tissue and bleeding found its track out through the formed cystogastrostomy down to the stomach and was presented as hematemesis. This could explain the intermittent unusual onset of hematemesis especially when the patient is recovering and getting to normal diet.

Cystogastrostomy is reported to be accompanied with haematemesis in many case studies. Haematemesis could be because of arteriovenous malformations, pseudoaneurysm formation, or hematemesis due to peptic ulcers. We consumed all possible investigations and ruled out all the possibilities of these common causes. Being the bleeding intermittent in nature, subsiding with NPO trials and being expressed directly after allowing patient to get back to normal diet, was enough to doubt another unusual cause. Pancreatic tissue lacerations following pancreatic trauma especially when communicating with pancreatic duct secretions could cause intermittent bleeding when exposed to pancreatic digestive secretions; therefore, distal pancreatectomy proximal to the injured site is recommended and could be the only curative method. 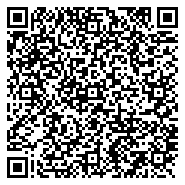