Research has showed that American adult patients receive the appropriate clinical care just over half of the time for a wide variety of recommended services.[1] With so many Americans not receiving these recommended services, there has been much effort to identify the factors contributing to the low adherence rates, as well as an increased interest in finding ways to improve upon current adherence rates.[2] Both patient and healthcare system-level factors have been suggested as important components. For example, patient-level factors include: a lack of patient awareness of the need for the recommended services; embarrassment involved in completing the services; fear of pain or other sideeffects from the recommended services; patients feeling asymptomatic or less susceptible to diseases; and a lack of insurance coverage.[3–9] For the healthcare systemfactors, the Institute of Medicine’s (IOM’s) landmark publication Crossing the Quality Chasm suggests that the American system is overly complex and uncoordinated, requiring multiple steps and patient ‘hand-offs’ that decrease patient care efficiency and compromise patient safety.[10] Patients additionally identify healthcare system barriers as ‘poor access to services and unaffordable costs’.[9]

There are several reported interventions that have aimed to improve patients’ adherence to their recommended care. Current research has focused on three dominant patient reminder strategies: letters, phone calls and text messaging – with the letter reminder strategy being the most commonly studied intervention. The letter reminder strategy has been shown to be cost-effective, widely accepted and welcomed by patients.[11–13] Yet, although there have been many strategies studied to improve adherence rates, most have focused on preventative services and chronic disease management, with significant variability reported. Furthermore, research has not yet focused on symptom specific recommendations, such as referrals for acute complaints (i.e. eye pain or abdominal pain). There is also a paucity of literature delineating any organisational or system-level characteristics or strategies aimed at improving adherence to the recommended care.

This study analysed pilot data from one physician’s office at one academic, urban healthcare organisation that utilised the letter reminder strategy. The goal of this study was to determine whether there were differences between preventative and chronic disease adherence rates and symptom-specific patient adherence rates, as well as to explore the extent to which there was a relationship between the complexity of that healthcare organisation’s processes with adherence rates. We hypothesised that adherence rates for preventative and chronic disease management would be similar to rates found in prior research, and that symptom-specific recommendations would show an improvement from the letter reminder strategy. We further hypothesised that the complexity of the healthcare system processes would generally be inversely related to the adherence rates.

Data were obtained from August 2008 to May 2009 from one primary care physician’s records at an academic, urban healthcare centre. All patients were provided with appropriate counselling for risks and benefits of the ordered test or referrals. All recommended tests or referrals agreed upon by the patient and ordered by the physician were entered into a database and reconciled monthly for completion. The patients of this practice were all adults older than 18 years and had a variety of health insurances including Health Maintenance Organization (HMO), Preferred Provider Organization (PPO) and Medicare.

Using Microsoft Visio, process flow maps of several organisational processes required to complete the recommended care were generated after both direct observation of the processes and discussion with multiple staff members from the organisation.

Given the paucity of the healthcare literature found around rating process complexity, literature from the manufacturing industry provided some guidance on quantifying process complexity management. Frizelle and Woodcock[14] stated that quantification of the system can provide ‘a tool that can assist in a strategy development exercise by quantifying the problem areas on a common basis’. In 1996, Frizelle also wrote that by measuring complexity, the measurement could give ‘insight that might otherwise be missed, and allows for comparisons to be drawn’.[15] Further, Frizelle identified that there are two types of complexity: static and dynamic. Static complexity relates to the structure of the system and dynamic complexity relates to how the parts interact with each other.[15] In this study, based on suggestions for measuring complexity from the manufacturing literature[14–17] and a priori knowledge of the healthcare structure, the complexity of completing the recommended services was measured in a novel way with the following components: (1) fastest time to complete routine order (measured in weeks); (2) number of different steps leading to completion of routine order (measured by counting steps starting at order given, ending at patient arriving at specific site to complete order); (3) number of different departments involved; and (4) convenience as measured bynumber of sites visited by patient in order to complete a routine order. The first measurement was thought to be a marker of the dynamic complexity, with the remaining three measurements markers of static complexity. The sum of these four categories was then added and a composite score was calculated. Table 1: Adherence rates for each category of services, by category of completion (baseline completion, numbers of reminder letters, and non-adherence) 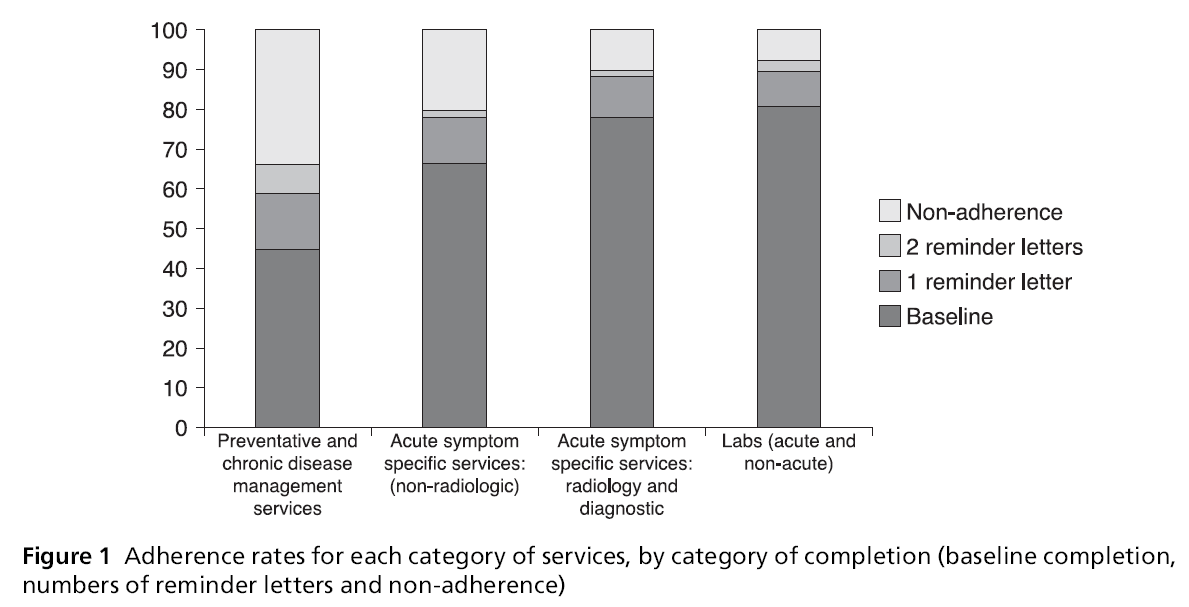 Figure 1: Adherence rates for each category of services, by category of completion (baseline completion, numbers of reminder letters and non-adherence)

To understand the results further, flow maps were generated for some of the processes to delineate the patient- and system-level steps required to complete the recommended service. Figure 2a–d presents process flow maps for colonoscopies from the Preventative and Chronic Disease Management category, the general referral process to specialists from the Referrals category, the general diagnostic X-rays process from the Radiology and Diagnostic Testing category and laboratory tests from the Labs category. The process map for colonoscopy demonstrated three possible paths to completion depending on the urgency of the clinical situation, with the fastest completion for an emergency or urgent colonoscopy. The fastest routine colonoscopy completion was two weeks. The colonoscopy service also involved multiple departments including the ordering physician’s office, the gastroenterologist’s office and the medical director’s office (if deemed emergent). Process mapping for referrals to specialists demonstrated two possible paths to completion depending on the urgency of the clinical situation, and involved the ordering physician’s office aswell as the possible requirement of the patient’s participation to call for an appointment. Processmapping for general X-rays demonstrated one path to completing the X-ray (patient goes to the medical centre’s X-ray department) immediately following the ordering physician’s visit in the same building with no appointment needed. Process mapping for laboratory work demonstrated two possible paths to completion depending on the urgency (may complete some studies such as urinalysis in office) and patient’s preference to complete the laboratory tests at the medical centre or outside laboratory, with fastest completion immediately after the ordering physician’s visit at the office centre’s laboratorywithin the same building on the same floor. 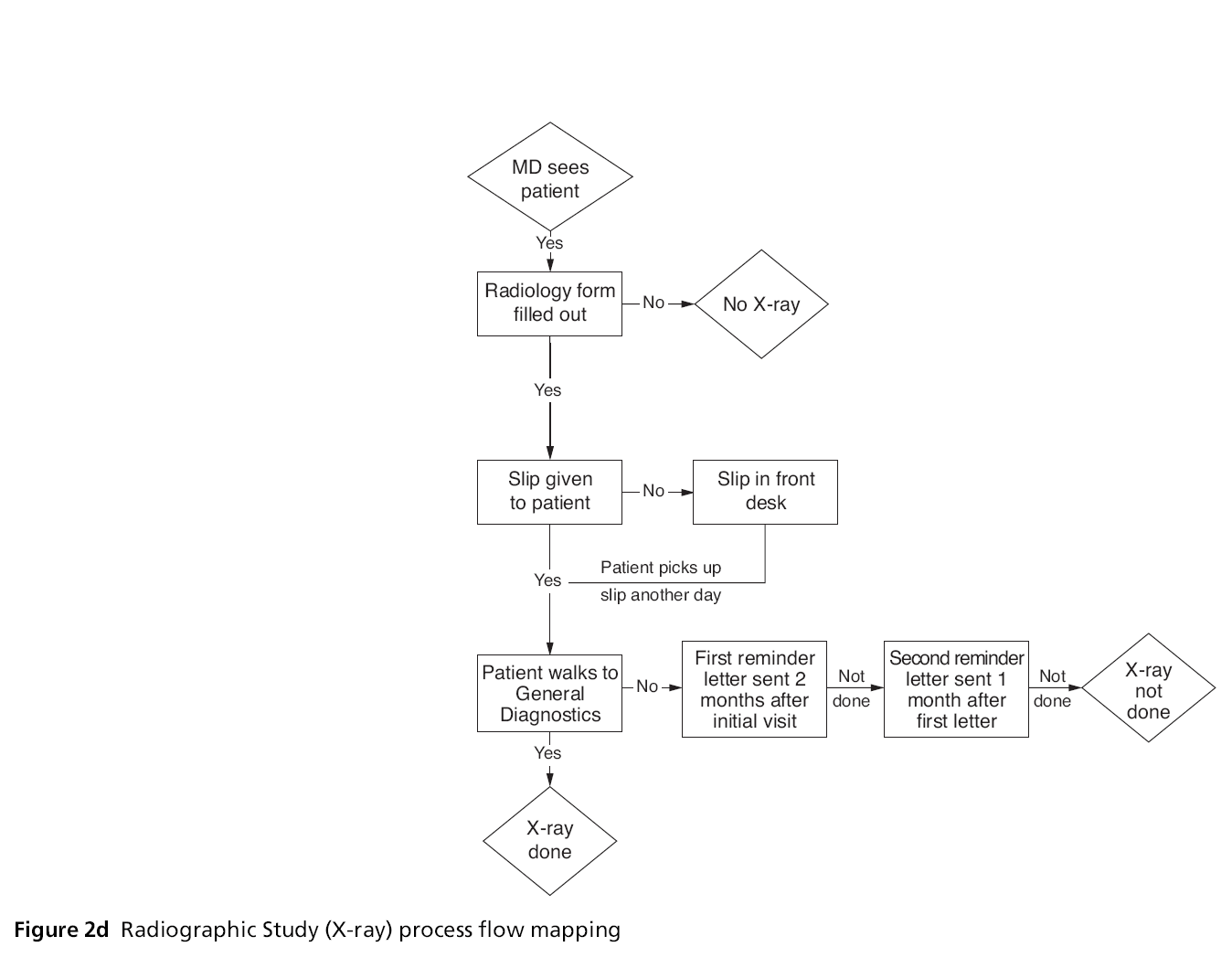 Table 3 shows individual recommendations and completion rates, along with complexity scores for each recommendation. Some highlights of the completion rates are that, within the Preventative and Chronic Disease Management services, colon cancer screening (colonoscopy) and osteoporosis screening (DEXA) had adherence rates of 33% without any reminder letters and increased to 56% after two reminder letters. In theReferral (acute, symptomspecific) category, significant variation was seen among adherence rates across the different subspecialty referrals. In the Radiology and Diagnostic Testing (acute, symptom specific) category, several adherence rates were 100% at baseline, and many had very lownon-adherence rates.

While there was a tremendous benefit for the two reminder letters strategy, data from this study suggested that for acute, symptom-specific management (Referrals and Radiology and Diagnostic Testing) and for Labs, the reminder strategy was important but may need to be modified for these services. One reminder letter seemed to be sufficient because the second reminder letter only resulted in an additional 1–3% of recommended services completed. This echoed other published research which demonstrated the small marginal benefit from multiple reminder letters for diabetic retinopathy screening, with second reminder letters offering only increasing completions by 2%.18 For many of the recommended services in these categories, high adherence rates may be due to patients’ desire to resolve their symptoms which lead to the ordering of these recommended services initially. However, further research is needed to fully understand the differences observed and to understand if this desire for adherence may be overcome by more complex processes.

This study has several limitations. First, patients were not surveyed to enquire reasons for declining the recommended services; future studies could be done to survey patients in order to clarify patient motivations and potential facilitators and barriers to receiving the recommended care. Second, patients with HMO insurance may have received additional reminder letters directly from the insurance carriers, which may have influenced adherence rates. Further research is needed to clarify whether the effect of managed care organisation reminders and physician–patient communication strategies work synergistically, or, possibly antagonistically, with one another. Finally, the patients in this study were from only one primary care practitioner’s outpatient office at one urban academic centre. The results from this study may not be applicable to other practices or other patient populations. However, the study did include a mix of insurance carriers and had a significant number of recommended services that may increase the generalisability of the results.

Even with the aforementioned limitations, this study did demonstrate the efficacy of the patient reminder letter strategy across multiple categories of services, and it primarily indicates the importance of using measured process flow complexity as a tool to predict adherence rates, particularly in the non-acute setting. As this finding is still in the preliminary phase, future research can more clearly investigate how measured process flow complexity can be more accurately used as a tool to predict patient health outcomes.