BackgroundEvidence from two surveys in Wales, one of the countries of the United Kingdom, shows that there is an under-use of aspirin for secondary prophylaxis. A rapid health impact assessment of a policy of aspirin promotion in Wales is undertaken, with some estimates on service provision. MethodsIn this analysis, a general population approach rather than gender-specific calculations was undertaken to estimate scale of magnitude. Readily available epidemiological data from the Welsh population was combined with effect estimates of aspirin derived from randomised controlled trials (RCTs). ResultsAn additional 700 vascular events may be avoided annually, but the impact of aspirin promotion in the 30–45% of non-compliant individuals might range from 400 to 1200. This relates to about two vascular events being avoided each day if aspirin were used at a maximum level, with 100% compliance. An individual general medical practitioner might case-find 25–35 individuals who should be taking aspirin regularly. DiscussionThe promotion of aspirin to post-vascular event individuals who are non-compliant might be achieved through routine clinical management of patients. Person-centred approaches to improving compliance might be introduced.

For those individuals who have experienced a vascular event, such as a myocardial infarction (MI) or ischaemic stroke (IS), aspirin prophylaxis is a key part of their ongoing clinical management. Metaanalysis of randomised controlled trials offers compelling evidence that aspirin reduces the risk of subsequent vascular events[1] and that the benefit versus risk balance for secondary prevention is favourable.[2] Further, contraindications to aspirin prophylaxis, such as gastric bleeding, are being questioned.[3]

Evidence from two surveys in Wales, one of the countries of the United Kingdom, shows that there is an under-use of aspirin for secondary prophylaxis of vascular events.[4,5] The first of these surveys was undertaken in 2003, prior to the introduction of the Quality Outcome Framework (QOF), and looked at aspirin taking in 1500 patients with various diagnoses related to vascular disease risk.[4] The QOF is a financial incentive to improve the quality of primary care, including use of aspirin, yet despite this aspirin remains under-used. The second survey of 4500 adult residents in a Welsh community was conducted during 2009.[5]

Evidence shows that non-compliance with aspirin is risk factor for further vascular events.[6] Wales is not alone in having an under-use of aspirin for secondary prophylaxis.[7] Given that the medicine is inexpensive, effective and has a good safety profile, such under-use is a cause of concern. In this analysis, a health impact assessment of a policy of aspirin promotion in Wales was undertaken, with some estimates on the impact on service provision.

The following values were included. Based on the survey findings,[4,5] it was estimated that between 30 and 45% of individuals with a prior vascular event were not taking aspirin. Although the second survey did suggest that the greatest potential for increased aspirin prophylaxis for secondary prevention was in women, in this analysis a general population rather than gender-specific approach, was undertaken.

Box 1 presents in more detail the descriptive epidemiology of vascular events in Wales and explains the calculations in the paper.

Using the 95% confidence interval of the NNT, the number of vascular events avoided ranges from400 to 1200. Incidence data fromWales, cited separately after the references, estimates that there 10 000 vascular events per annum. Increased aspirin use might therefore help to reduce the annual incidence in Wales of vascular events by 7% (4–12%). This has the potential to save a considerable amount of health and social care resources, an impact which could also be measured using readily collected data.

Given that the list size of a general practitioner (GP) in Wales is 2000 individuals, an individual family doctor is estimated to have 80 patients post-vascular event. Given that medication compliance assessment might be a routine part of the work, an individual GP might find 25–35 individuals per year (2–3 individuals per month) who are poorly compliant with their aspirin regime.

GPs or other health staff might identify their aspirin non-compliant patients by a discussion of medication usage, either during medical consultations or perhaps during the process of repeat prescriptions being administered and dispensed. Person-centred approaches to improving the compliance might be introduced. If the doctor–patient relationship is good simple encouragement might be sufficient.[9]

There are a number of limitations to this paper. For example, it is difficult to estimate the percentage of patients in which measures to correct non-compliance might be successful. This paper looks at the maximum possible benefit and although this might be unachievable, it does illustrate to policy makers the potential for improvement. Another limitation is that the estimates used in the calculations are open to challenge: for example, the general population estimates used do not breakdown the target population according to age, gender and location.

This paper does not, nor was it intended to, provide final answers. It raises questions and there might also be opportunities for the under-use of aspirin to be monitored and modelled in ongoing studies. For example, the Myocardial Ischaemia National Audit Project (MINAP) which is collecting data from England and Wales[10] might also collect valuable data on increased aspirin use, which may enable comparison between these different health systems and policies. 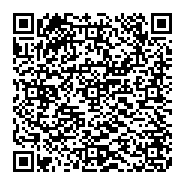