Alcohol consumption has been reported to be the third leading cause of premature morbidity and mortality in the USA.[1] Recent data show that alcohol use disorders (defined as both alcohol abuse and dependence) are among the most common mental disorders in the USA and had economic costs reported at $184.6 billion in 1998.[2,3] While these numbers suggest a significant problem at the alcohol abuse/dependence level, most alcohol-related morbidity and mortality occurs in non-dependent at-risk drinkers.[4,5] In this study, at-risk drinking was defined using National Institute on Alcohol Abuse and Alcoholism (NIAAA) criteria as more than 14 drinks per week for men and more than seven drinks per week for women.[6]

Research has shown that training physicians to screen and counsel for alcohol use increases the likelihood that they will discuss this topic with their patients.[9,10] Additionally, patients who are at-risk drinkers may be more likely to respond to brief interventions than alcohol-dependent patients, who require more complicated approaches and resources.[7,8] The United States Preventive Services Task Force found evidence that screening for alcohol abuse in the primary care setting identifies patients whose levels or patterns of alcohol consumption place them at risk for increased morbidity and mortality.[11] Although many physicians ask about alcohol use, most still do not use recommended screening tools or offer formal treatment.[12] There is a quality gap in the percentage of practices that implement screening, detection and counselling of patients who misuse alcohol.[6,13]

The goal of this exploratory study was to see how physicians were screening and managing patients who were at-risk drinkers and were diagnosed with either hypertension, sleep disorders or depression, as there is little information regarding this patient population in the literature. Previous studies have not focused on primary care physicians’ screening and treatment practices in their at-risk patient population. While much of the literature emphasises the need to screen and manage patients with alcohol use disorders, this study also aimed at screening and managing patients who are defined as ‘at-risk drinkers’.

This project was conducted as part of a collaborative Robert Wood Johnson Foundation grant entitled ‘Program of Research Integrating Substance Use Information into Mainstream Healthcare (PRISM)’. PRISM featured a collaboration of four primary care medical societies whose aim was to promote the integration of alcohol and drug use information into the routine management (and prevention) of common chronic diseases and to educate physicians that patients with hypertension, sleep disorders and depression tend to have undetected co-morbid at-risk drinking.

This project was designed as a developmental pilot study to describe primary care physicians’ screening practices, attitudes, knowledge and beliefs towards patients who are at-risk drinkers and who are diagnosed with hypertension, sleep disorders or depression. The self-report survey was designed to: 1) describe physicians’ screening behaviours; 2) learn about the frustration and confidence levels of physicians when screening and managing these patients; and 3) describe physicians’ responses to the intervention. Survey data were collected before and three months after the physicians were given access to the web-based education module. Of the 104 physicians who expressed interest in the study, 40 physicians refused to participate upon further consideration of the project, 47 physicians did not participate due to various reasons such as competing quality improvement projects, electronic health record implementation and staff turnover and 17 enrolled. Feedback from seven participants was gathered through telephone interviews with research staff at the end of the project.

The intervention was developed using input from experts in the field of addiction medicine, alcohol abuse, primary care and practice-based research as well as an extensive literature review. The goals of the web-based educational intervention were for physicians to: 1) identify what constitutes at-risk drinking using an appropriate detection instrument; and 2) regularly evaluate patients diagnosed with hypertension, sleep disorders or depression with regard to alcohol consumption.

Pre- and post-intervention survey data were examined to determine any differences in the self-reporting of primary care physicians regarding managing at-risk drinking in patients who are diagnosed with hypertension, sleep disorders or depression.

Many physicians (94%) were aware of the association between at-risk drinking and hypertension, sleep disorders and depression according to baseline results, yet only a minority of physicians screened new patients (47%) or addressed at-risk drinking with established patients (35%) at diagnosis. The end point indicated an improvement in the number of physicians who screened new (71%) and established (47%) patients upon diagnosis of hypertension, sleep disorders and depression. Yet when patients were found to have at-risk drinking, at both points in time almost half of the physicians did not regularly re-evaluate a change in drinking (47%) and some reported never reevaluating (18%).

Most physicians reported inquiring less than 50% of the time about a family history of alcoholism. Physicians reported feeling more comfortable referring patients who screened positive for at-risk drinking instead of offering counselling, because they felt inadequately trained to treat these patients.

Most physicians reported that patients’ at-risk drinking affected their confidence in treating patients with one of the three associated chronic conditions. Several indicated that they anticipated a complicated relationship with the patient once the patient admitted misusing alcohol, regardless of the previous history or relationship with the patient. This would often preclude them from managing the alcohol misuse in the patient. A lack of trust was apparent between physicians and patients, as more than half of the physicians surveyed felt that their patients were not telling the truth about at-risk drinking. This complicates the medical encounter when a patient’s self-reporting of their drinking behaviour is not taken as fact, also preventing the patient from disclosing future changes in drinking behaviour. This lack of trust between the patient and physician may affect not only the nondisclosure of possible future drinking status, but the severity of the patient’s other chronic condition.

An interesting observationwas the disproportionately low rate of screening for at-risk drinkers with new and established patients despite physicians’ apparent awareness of the association of at-risk drinking with hypertension, sleep disorders and depression. Post-test data revealed that all physicians were aware of the association, yet not all were screening patients. This could have been due to the lack of time to screen or to structure care within the office to utilise other clinic staff in administering the screening. Interviews with several physicians revealed that lack of screening was rooted in the physicians’ lack of knowledge of what to do with a patient who had a positive screen for alcohol use. One physician noted ‘This wasn’t taught to us in medical school, I just don’t know what to do with these patients’. Physicians felt that a variety of external factors outside of their control limited their ability to provide quality care. These issues suggest potential gaps in quality and beg for more resources to be afforded to training physicians in how to manage these patients.

Physicians were more likely to screen for at-risk drinking in patients diagnosed with depression and sleep disorders compared with hypertension, perhaps suggesting that they more often identified the association between at-risk drinking with depression and with sleep disorders. Several physicians expressed a readiness to screen for alcohol consumption when diagnosing depression, wary of the interaction with any antidepressants they might prescribe. Physicians also reported screening for alcohol consumption on diagnosis of sleep disorders because of the association between alcohol and sleep aids. One physician who after the intervention screened all patients for at-risk drinking really valued this as a prime educational opportunity for his patients. He said ‘I use this as a teaching moment, and the exam room as my classroom. The patient is my pupil. I feel it is my responsibility to them to educate them on inappropriate and problem drinking’.

Limitations of the study

One of the limitations of this study was the lack of validity of our survey tool. Another limitation of this study is that the surveys are self-reported, thus subject to recall bias. The extent of generalisability this study offers is unknown, as physicians who enrol in educational projects may differ from general primary care physicians. The sample size was too small to allow any meaningful statistical analysis.

One next step would be to expand the intervention to include more aspects of how to approach patients with at-risk drinking and how to work with putting patients in touch with community resources to complement primary care visits. This may involve identifying and then collaborating with community resources in several geographical areas to establish networks of shared care.

Revising our survey instrument to adapt it to some of our findings and applying it to a larger sample may identify areas for improvement in training physicians. This may place the primary care physician in a better position to screen and manage these patients, potentially defraying the costs of undetected at-risk drinking resulting in increased medical costs associated with exacerbated co-morbid conditions.

This project was conducted as part of a collaborative Robert Wood Johnson Foundation grant entitled, ‘Program of Research Integrating Substance Use Information into Mainstream Healthcare (PRISM)’. 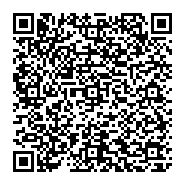