Quality of thyroid referrals in Saskatchewan

Background A thyroid nodule is a common presentation for thyroid pathology. A low proportion of thyroid nodules harbour malignancy and the investigation of these nodules should be performed in a cost-effective manner. The American Thyroid Association (ATA) has published guidelines which  should aid physicians in performing the appropriate investigations. AimTo determine the proportion of patients referred to thyroid surgeons in Saskatchewan with appropriate pre-referral work-up. MethodsData were retrospectively collected from the charts of all new thyroid referrals seen between 8 June 2011 and 8 June 2012 by two thyroid surgeons in the Saskatoon Health Region, Saskatchewan, Canada. Main outcome measures were the presence of thyroid stimulating hormone (TSH) and ultrasound results, and the appropriateness of ultrasound report recommendations in referrals to thyroid surgeons. ResultsRecent TSH results were done and sent to the thyroid surgeon in 55.1% of referrals. A recent ultrasound was performed in 92.3% of referrals. Of patients with a high or normal TSH, a radionuclide scan was inappropriately recommended in 11.5%of cases. ConclusionThere is room for improvement in pre- eferral work-up of patients with thyroid nodules in Saskatchewan, in order to facilitate appropriate clinical decision making in a cost-effective manner.

Thyroid nodules are very common and often undiagnosed, with autopsy data showing a prevalence rate of 50% in people with no history of thyroid disease.[1] Nodules are frequently discovered on physical examination of the neck or incidentally during diagnostic imaging for other reasons.[2] Palpable thyroid nodules have a prevalence of around 1.5% in males and 6.4% in females.[3] The causes of thyroid nodules vary from benign multinodular goitres, thyroiditis, cysts and follicular neoplasms to thyroid carcinoma in 5% of cases.[4,5] This low risk of malignancy warrants investigation using the most cost-effective and evidencebased diagnostic tools. To this end, the American Thyroid Association (ATA) has published guidelines for the investigation and management of patients with thyroid nodules.[6]

According to the ATA guidelines, the work-up of thyroid nodules detected by palpation or imaging begins withmeasurement of the patient’s serum thyroid stimulating hormone (TSH) level as well as thyroid ultrasonography.[6] The TSH level is important to know as it indicates which investigation(s) should follow.4 Patients with low TSH should be evaluated with a radionuclide thyroid scan to assess whether their nodules are autonomously functioning or non-functioning.[7] Since hyperfunctioning nodules are almost always benign, only nodules which are iso- or hypofunctioning should be evaluated with fine-needle aspiration biopsy (FNA).[4,8] Nodules in patients with normal or high serum TSH should be further investigated with FNA, depending on the size, cysticity and suspicious characteristics of the nodules as determined by ultrasonography (Figure 1).[9,10]

Figure 1: Flow chart illustrating the American Thyroid Association recommended sequence of investigations for the work-up of patients with thyroid nodules

Thyroid surgeons in Saskatchewan receive referrals for patientswith a variety of thyroid pathologies, often to provide expertise in the management of patients with thyroid nodules. We examined the quality of the initial work-up of patients and appropriateness of ultrasound report recommendations for cases referred to thyroid surgeons in Saskatchewan. More specifically, we investigated whether the ATA revised guidelines were followed in the work-up of patients referred for consideration of FNA or other appropriate examinations.

A retrospective chart review was performed for two thyroid surgeons in Saskatchewan. All new thyroid referrals seen between 8 June 2011 and 8 June 2012 by either of the two surgeons involved in the study were included. Patients who were transferred for continued follow-up of an existing and unchanging thyroid concern were excluded. The patient charts were scrutinised and data were collected from the referral letters, laboratory results, imaging reports and pathology reports. Individual, de-identified data were entered into a database and descriptive analysis was performed using IBM SPSS Statistics 20.

Because thyroid nodules are commonly found incidentally on imaging and physical examination, referrals in our study came from a wide variety of specialists; however, the majority of the referrals (93%) to thyroid surgeons in Saskatchewan are from general practitioners (Figure 2). Because our study aimed to examine the current state of pre-referral work-up for thyroid nodules in Saskatchewan, general practitioners were not provided with a referral template and no additional education regarding ATA guidelines was provided prior to this study. Prior to this study, the two thyroid surgeons did not screen their referrals or ask for missing investigations to be completed. 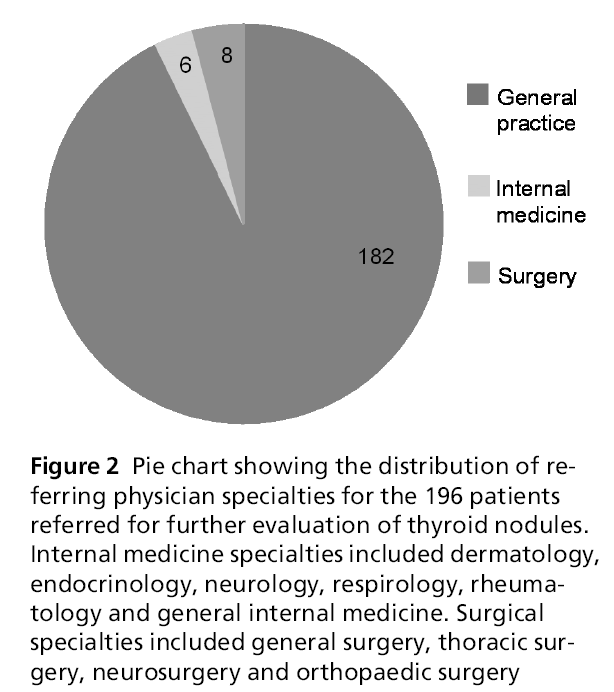 Of the 196 patients, 175 (89.3%) were female and 21 (10.7%) were male. The mean age of the patients was 55  16 years with a range of 19–94 years of age. Thirty-four (17.3%) patients presented with structural symptoms from their thyroid enlargement. These symptoms included intermittent hoarseness, difficulty swallowing solids, discomfort and feeling of pressure in the neck. One hundred and sixty-two of the 196 patients were asymptomatic. 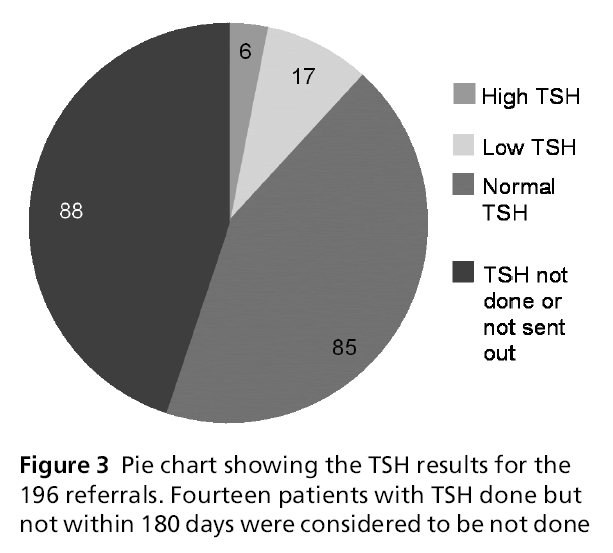 Figure 3: Pie chart showing the TSH results for the 196 referrals. Fourteen patients with TSH done but not within 180 days were considered to be not done 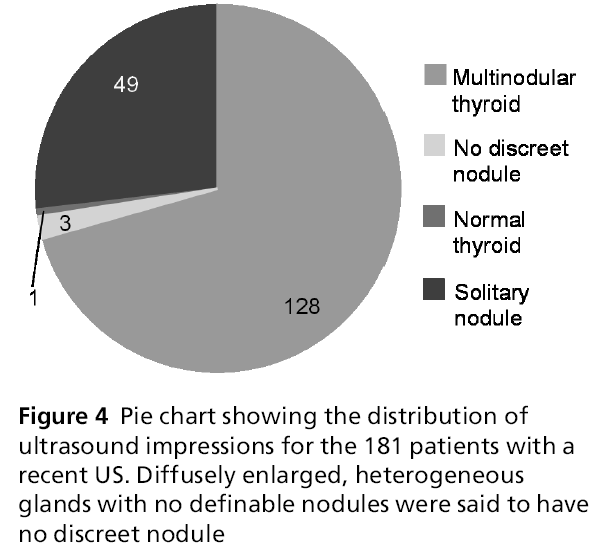 Figure 4: Pie chart showing the distribution of ultrasound impressions for the 181 patients with a recent US. Diffusely enlarged, heterogeneous glands with no definable nodules were said to have no discreet nodule

Of the 196 referrals, 103 included a recently performed ultrasound (US) and TSH laboratory report. Of those 103, 75 (72.8%) had a nodule described by US that, according to ATA guidelines, warranted FNA investigation. Twenty-three (22.3%) had nodules which were too small for FNA investigation to be cost-effective, and five (4.9%) hadUS reports which did not provide nodule sizes.

Of the 49 referrals with solitary nodule thyroids, 24 (49.0%) of the cases had a recently done TSH measurement sent to the surgeon.

Of the 128 referrals with multinodular thyroids, 77 (60.2%) of the cases had a recently done TSH measurement sent to the surgeon.

Sixteen (15.5%) patients with both a US and TSH recently done were found to be biochemically hyperthyroid. Only one (6.2%) of the US reports for these 16 patients recommended a radionuclide scan.

Eighty-seven (84.5%) patients with both a US and TSH recently done were found to be biochemically euthyroid or hypothyroid. Ten (11.5%) US reports recommended a radionuclide scan.

Analysis by presence or absence of nodule warranting FNA

Five of the 103 US reports, of patients with both an ultrasound and TSH, did not provide nodule size and were excluded at this point.

In the 23 patients for whoman FNA investigation was not warranted, none of the US reports recommended FNA.

This study summarises the work-up of patients with thyroid disease referred to two thyroid surgeons in Saskatchewan. The majority of patients referred to either surgeon were referred for consultation regarding thyroid nodules discovered on palpation or incidentally during neck imaging. The investigations done prior to referral and sent to the surgeon, if done appropriately, will guide the surgeon’s decision making with respect to whether other investigations such as FNA or a radionuclide scan should be performed. The management of patients with thyroid nodules should be both prudent enough to avoid non-costeffective investigations, while respecting the fact that 5% of nodules are found to be malignant.5,6,11 Our study found that, in Saskatchewan, there is room for improvement in the quality of referrals received by thyroid surgeons.

The first recommendation of the revised ATA thyroid nodule management guidelines suggests that a serum TSH should be measured in the initial evaluation of patients found to have a thyroid nodule.6 Serum TSH has been shown to be an independent predictor of the presence of thyroid malignancy and to be an effective criterion for stratifying patients’ further investigations according to their risk of malignancy.7 The value of measuring serum TSH in the work-up of patients with thyroid nodules is reflected in three major sets of published guidelines.6,12,13 Our study found that serum TSH was recently measured and the report sent to the thyroid surgeon in only 55% of referrals. In order for the patientwork-up to follow the ATA guidelines, serum TSH must be measured to determine whether a radionuclide scan or an FNA is the appropriate next step and seeing patients without this information results in delays and unnecessary consultations. For those patients travelling a distance to see the surgeon this can be a significant inconvenience. We believe that increasing the proportion of patients referred at initial consultation with recent TSH results is the area of greatest improvement for initial management of patients with thyroid nodules in Saskatchewan.

The second recommendation of the ATA guidelines suggests that ultrasonography should be performed during the initial work-up of patients with known or suspected thyroid nodules.6 Ultrasound allows more accurate representation of the size of nodules which may be poorly estimated by palpation alone.10 This helps to avoid unnecessary biopsy of small lesions as well as ensuring that large but non-palpable nodules or nodules with suspicious features are not missed. Referrals in our study included thyroid US reports in 92% of cases.

The ATA guidelines suggest that radionuclide scans should be limited to patients who have been found to be biochemically hyperthyroid.6 The use of scintigraphy for the routine investigation of thyroid nodules is unnecessary and non-cost-effective as it does not provide additional information useful in clinical decision making for euthyroid or hypothyroid glands.8,14 In our study, nine of the 87 (10.3%) patients with ultrasound and TSH measurement done who were found to have high or normal TSH also had a radionuclide scan done prior to referral to a surgeon. A radionuclide scan was recommended by the US report in ten of the 87 (11.5%) cases. According to the ATA guidelines, performing a radionuclide scan after measuring a patient’s TSH, without first doing a US, is acceptable6 but only one referral in our study included a hyperthyroid TSH report without a US report and this case did not have a radionuclide scan done. We believe that decreasing the number of unnecessary radionuclide scans being performed represents the second important area for improvement for the initial management of patients with thyroid nodules in Saskatchewan.

Recommendation 3a of the ATA guidelines provides the thyroid nodule characteristics which warrant further investigation by FNA.6 Ultrasound can provide a description of the presence or absence of these characteristics 6,9,12 and the US report recommendations should direct the referring physician in appropriately referring to a surgeon or directly ordering a US-guided FNA. There were 98 cases in which the patient’s TSH and US were done, and the US report also provided nodule size(s). In 23 of those 98 cases, there was no nodule warranting FNA investigation and none of the 23 US reports incorrectly recommended an FNA. For the 75 of 98 cases in which an FNA was warranted, 27 US reports accurately recommended biopsy; however, it should be noted that a significant proportion made no recommendations. In determining whether nodules warranted investigation, we treated nodules in multinodular thyroids as well as solitary nodule thyroids using the same criteria since nodules in multinodular glands have been reported to have the same risk ofmalignancy as solitary nodules.10,15

Limitations of our study include only examining data from two tertiary centre surgeons, which may limit generalisation of these results to other health regions. In addition, only reports sent to the study surgeons were examined which did not account for the possibility that referrals did have TSH andUS investigationswhich were not sent to surgeons.

There is room for improvement to be made in the work-up of patients newly referred to thyroid surgeons in Saskatchewan. In particular, improving the number of patients with serum TSH measurement done and sent to surgeons will facilitate decision making that is cost-effective as well as optimal for patient care and satisfaction. In addition, reducing the number of unnecessary radionuclide scans would be desirable. Thyroid surgeons should screen referrals and request that referring physicians complete any missing investigations. Information regarding the revised ATA guidelines should be disseminated to general practitioners, perhaps in the form of a referral template. 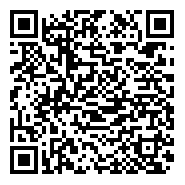