Background Carcinoma of unknown primary represents a therapeutic challenge in oncological practice. Evidence lacks to support particular chemotherapy selection and empirical therapies are commonly extrapolated from data on patients where primary tumor site is known. Gemcitabine, Oxaliplatin, Leucovorin and 5-Fluorouracil was previously developed to treat pancreatic cancer. These agents have also demonstrated activities in other gastrointestinal malignancies. Considering promising anti-tumor effects of GOLF, we performed a retrospective study to investigate anti-tumor activity and safety of a simplified Gemcitabine, Oxaliplatin, Leucovorin and 5-Fluorouracil in patients with Carcinoma of unknown primary in whom immunohistostaining was suggestive of either upper gastrointestinal cancers or pancreatobiliary cancers. Methods This retrospective study included 18 patients recorded to have a diagnosis of Carcinoma of unknown primary between Aug 2010-Dec 2015, who received biweekly G 1000 mg/m2, O 85 mg/m2, L 200 mg/m2 and F 2400 mg/m2 over 46-h on day 1 with pegfilgrastim on day 3 every 14 days. IHC staining pattern favored upper GI origin, including stomach, bile duct or pancreas. Tumor assessments were repeated every 8 weeks. Results Median age was 67 years (range: 46-76), with ECOG PS<2, and 50% were women. Median number of cycles was 4 (range: 3-14). 7 partial responses were obtained (RR: 39%) and 7 achieved stable disease with overall disease control of 78%. Median time to tumor progression was 4 months (range: 2-9). 8 (44%) patients received liver-directed therapy and 1 underwent HIPEC (5%). Median survival time was 10.5 months (range: 6.7-14.5) and 1-year overall survival rate was 35%. Grade 3-4 toxicities included neutropenia, febrile neutropenia, thrombocytopenia, nausea, diarrhea, mucositis and oxaliplatin-induced neuropathy. Conclusion Simplified Gemcitabine, Oxaliplatin, Leucovorin and 5-Fluorouracil regimen appears to be feasible with promising activity for Carcinoma of unknown primary and deserves to be evaluated in future trials.

Carcinoma of unknown primary (CUP) or occult primary malignancy is a common challenge encountered in oncological practice and represents 3 % (range: 2.0 - 6.0%) of all histologically documented invasive malignancies [1,2]. In approximately 15% to 25% of patients, the primary site cannot be identified even at postmortem examination [2]. Though the definition of a CUP is variable from study to study, but in majority of cases this diagnosis is classified following a biopsy of the tumor, complete history and physical examination including head and neck, rectal, pelvic, and breast examinations, and laboratory analysis consisting of a complete blood cell count, urinalysis and stool test for occult blood. These are supplemented by radiographic imaging that may range from a CT scans, MRI and or scan [3]. When these results do not reveal a primary tumor and the biopsy including special histochemical immunostaining is also not conclusive with a primary tumor at the biopsy site, a diagnosis of CUP is made [4,5]. The most common varieties of CUP in order of decreasing numbers include adenocarcinomas, undifferentiated tumors, squamous cell carcinoma, melanoma, sarcoma, and neuroendocrine tumors.

Evidence lacks to support particular therapeutic strategies in patients with CUP, and empirical therapies are usually extrapolated from research on patients where the primary tumor site is known [6]. GOLF is a triple translational combination chemotherapy regimen composed of gemcitabine, oxaliplatin, leucovorin and 5-fluorouracil (5-FU), previously tested in the treatment of pancreatic carcinoma [7]. Recent studies have evidenced that these chemotherapeutic agents are also active in other malignancies, including bile duct and gastric cancers [8, 9, 10, 11]. Moreover, we as oncologists have abundance of experience in managing the toxicities of these agents as leant over the last many decades. Considering its promising anti-tumor effects and manageable toxicity profile, we performed a retrospective study to investigate anti-tumor activity and safety of a simplified version of GOLF regimen named as simplified-GOLF (s-GOLF) or known at institution by Saif-GOLF (s-GOLF) in patients with metastatic CUP with IHC favoring an UGIC and PBC [12].

This retrospective study included patients recorded to have a diagnosis of CUP between August 2010 and December 2015. Medical records were reviewed documenting the CUP, diagnostic tests and the treatment given, including regimen and other modalities such as liver-directed therapy or surgery. We also gathered data to assess progression free survival and overall survival.

Other treatment modalities given to these patients were also evaluated, including RFA, TACE, TARE using 90Y microspheres, and HIPEC.

All patients had measurable disease. Seven patients achieved partial responses (PR: 39%) and 7 achieved SD with overall disease control of 78%. One patient had complete response (CR) on bone scan for bone metastases with improvement in pain. Median TTP was 4 months (range: 2-9).

Our retrospective study of s-GOLF suggests that this simplified regimen has potential as a regimen for untreated and treated metastatic CUP with IHC suggesting an upper GI or PBC origin with very manageable toxicities. The prognosis for patients with CUP is generally grave with a median survival of only 3 to 4 months [1, 2, 4]. Our group had a median OS of 10.5 months, and one patient lived almost up to 15 months.

Our study also showed the safety and efficacy of incorporation of other modalities of treatment, including liver-directed therapy (TACE, TARE RFA) [15], and debulking surgery (HIPEC) in 1 patient [16] while a patient achieved complete response in bone metastases who only received radiation to few areas but the wide spread metastases all over the body shoed negative bone scan at the end of 5 months’ evaluation.

Recognition of active agents as well as omitting certain agents (oxaliplatin) before severe toxicities can allow patients to receive further lines of treatment, which can translate into improved survival [17, 18]. In our study, >50% patients (55%) received second-line treatment and (27%) received third-line chemotherapy.

Our study further underlines the importance of a multidisciplinary approach in these patients that lead to a better outcome. The pathologists play a pivotal role in making the diagnosis. But the role of a surgeon, radiation oncologist and an invasive radiologist must be borne in mind as well.

Immunohistochemical studies evaluate staining for keratins, leukocyte common antigen, and S-100, a neuroectodermal antigen expressed in melanomas [3, 4, 5]. Molecular tumor profiling is a new method of identifying the tissue of origin in patients with CUP site and needs to be validated in prospective studies [19].

We fully understand that we have a selected cohort of patients, but the age variation can assure that a simplified regimen of FOLFOX Oxaliplatin with fluorouracil (5-FU) and folinic acid plus gemcitabine named, as s-GOLF is feasible and can be easily given in a community oncology setting. s-GOLF regimen deserves to be evaluated in future trials.

Our retrospective study of s-GOLF suggests that this simplified regimen has potential as a regimen for untreated and treated metastatic CUP with IHC suggesting an upper GI or pancreatobiliary origin with very manageable toxicities. Moreover, this regimen which is simply a combination of FOLFOX plus gemcitabine named as s-GOLF is feasible and can be easily given in a community oncology setting. s-GOLF regimen deserves to be evaluated in future trials. 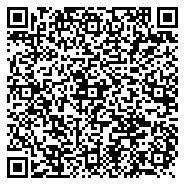