In the Caribbean, there has been a trend towards specialisation and a move away from recognising the value of the general practitioner. There has been a noted decrease in the number of doctors who stay in the country after qualifying and over time a noticeable shortage of primary care doctors has developed. In 2004the United Nations(UN)providedover100doctors to Trinidad and Tobago[1] and this year Trinidad and Tobago imported a number of Cuban doctors to help bolster medical provision in the public hospitals.[2]

Why did Trinidad and Tobago need to do this? The country, despite producing hundreds of medically qualified graduates each year, struggles to attract suf-ficient numbers into the public hospitals and even fewer into general practice. The reasons for this appear to be linked to the word ‘attract’. Recent graduates do not see the opportunity to work in general practice in Trinidad and Tobago as an attractive option.

There are several compounding factors related to this. Doctors who qualify in the Caribbean and choose to enter the field of general practice are viewed by specialists there as individuals who ‘did not quite make it’ or ‘were not smart enough’. This underlying feeling is perpetuated by specialists who teach medical students. In addition, medical school training pro-grammes occur primarily in hospital with less than 15% of training occurring in primary care. The failure to recruit sufficient doctors to the field of primary care poses a dilemma to developing countries like Trinidad and Tobago, where there is a change in the pattern of disease from infectious and deficiency diseases to chronic non-communicable disease. This changing pattern of disease prevalence calls for medical schools in the Caribbean to ensure adequate training and recruit-ment of doctors to primary care.

Primary care seeks to provide easy access to patients at the first point of contact with the healthcare system. To be efficient and effective this care needs to be comprehensive, integrated and based on a trusting relationship between patient and physician. Researchers have shown that patients not only value easy access to their family doctor but also value the relationship with a primary care giver who can deal with the undiffer-entiated problem.[3]

One obstacle to developing generalists in the Caribbean context is the cultural development of patient consumerism. Concurrent with an increase in the num-ber of specialists who provide care to patients at the initial point of access, there has been an increasing tendency to treat health care as a business; to view health provision in terms of market forces. This has led to the patient taking on the role of the consumer. Barbara Starfield, in her report on the importance of primary care to health[4] highlighted the predicament faced by individuals who have unrestrained access to specialists:

Patient consumerism has taken on a new impetus in the last decade, in the Caribbean particularly, through the influence of cable or network television which on the one hand encourages patients to seek information about health products while on the other hand oper-ating indiscriminately in its advertising. Regulation of drug company advertising and provision of educa-tionally balanced documentaries through these media may help in part to address this trend.

The challenge meted out to primary care in the Caribbean now is how to change patients’ attitudes and behaviour, from seeing health as a commodity to regarding health as a future investment that can produce dividends if handled responsibly by patients. Health providers are the ‘financial advisers’ in this equation who can encourage patients to be proactive through taking preventive action. Generalists are best placed to act in this capacity since they see patients in the wider context.

An added consequence of patient consumerism and the rise in specialism is the impact that this has on the patient–doctor relationship. As patients ‘shop’ for the best answer to their health problem by visiting various doctors, the lack of continuity[5] with a single health provider leads to a weakening in the aspect of the patient–doctor relationship that is so important to health education and prevention. In the Caribbean context, where health care is based on a mixed system of public and private services, the phenomenon of ‘doctor shopping’ is increasingly common. It is not unusual for patients to attend the public health service (where there is free access) and then to seek a second or even third opinion from a primary care physician or specialist in the private healthcare system. The lack of regulation in the healthcare system poses a problem to healthcare providers and patients alike, because patients receive fragmented care and the health burdens on the Caribbean countries intensify.[6]

If developing countries seek to adequately provide health care to their populations then there is a need for medical schools to prepare their students for the problems of the 21st century. Three of the main issues faced internationally, but which are occurring on an even bigger scale in the Caribbean, are the ageing of the population, the increase in non-communicable dis-eases such as diabetes mellitus and cardiovascular disease and the HIV/AIDS epidemic.[7–9] The latter three conditions are due largely to lifestyle choices, infor-mation about which can best be provided by family doctors. Family doctors are ideally situated to provide information to help these patients with their lifestyles and to monitor improvements in their health.

In order that Caribbean and other developing coun-tries may successfully address these issues, a change in the culture of medical schools regarding the way they teach about general practice is necessary. This cultural change may be promoted in various ways. Govern-ments should be lobbied by universities to adequately remunerate generalists on a par with specialists. Uni-versity medical schools, for their part, should recog-nise and support the area of work that deals with teaching students about general practice. This would not only aid recruitment but also increase the respect given by ‘specialist colleagues’ to generalists for the work that they do and the skill mix they possess – a skill mix unique to the primary care physician.

Despite attempts at organisational change in terms of administration and human resources, the various healthcare systems in the Caribbean remain frag-mented in the delivery of health care for the reasons outlined above.[10] The opportunity to recognise the value of generalists and their contribution to the national health of a country is there to be grasped. If the developing countries are to deal effectively with their growing epidemics of non-communicable dis-eases they would do well to look at increasing the value they place on well trained general practitioners and community nurses, and at rewarding them appropri-ately for the care and education they provide to the communities they serve.

Professor Keith Stevenson acted as associate editor for Quality in Primary Care for a number of years. He moved to the Caribbean in February 2009 to take up the post of Professor of Medical Education in the Faculty of Medical Sciences in the University of the West Indies. Moving from the UK to the West Indies introduced him to a new climate and a new culture and provided him with the opportunity to look at health care in a developing country with fresh eyes. Amongst the many amazing differences in culture was the approach taken by patients to accessing primary care and the difficulties that this approach creates for improving quality of care. The issues raised in this article developed from discussions with a colleague, Dr Paula Nunes, who teaches at the university in the Unit of Public Health and Primary Care but has worked in the UK for 10 years. 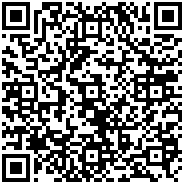