In the current climate of advances in medical know-ledge, changes in the pattern of illness and pressures of demand, many countries are seeking to strengthen their primary care services to improve quality. These first-line services provided by a range of professionals within local communities are seen as being best placed to prevent, or intervene early in, the illness process in ways that are cost-effective.[1,2] The challenge to governments lies not only in channelling resources into primary care, but also in ensuring that these are used to raise standards of care internationally. One consequence has been a rise in the regulation of clinical work, an area where in the past professionals have exercised considerable autonomy and been relatively free from external scrutiny.[3,4]

The case for increased regulation is a consequence not only of governments’ desire to curb healthcare spending, but also of such factors as research on un-explained variations in practice, the growth of more evidence-based interventions and, in recent years, well-publicised instances of poor practice that have placed concerns about patient safety at the centre of the policy agenda. In the UK, the cases of Peter Green, a general practitioner (GP) who sexually abused his patients, and serial killer Harold Shipman are recent examples in primary care of the lack of both colleague and external constraints on individual practice.[5] At the same time, information-based technologies, in theory at least, provide opportunities for the external surveillance of clinical medicine through data collec-tion and evaluation. Nevertheless, regulating primary care presents particular difficulties. General medical practices tend to operate as small businesses on a small scale. A wide range of other health and social care professionals may also operate within practices or within parallel structures. In addition, managerial authority and capacity within, and over, practices is highly variable. These factors play out differently within the structure of each health system.

This issue of Quality in Primary Care looks at some recent changes in how professional work is regulated – particularly in relation to the selection of healthcare regulators, primary care mental health workers and patient safety. To set these contributions in context, we consider how regulation is currently defined and its scope within the UK.

What is regulation and what forms does it take?

Baldwin and Cave suggest that regulation may be defined narrowly as a set of commands from an authoritative institution, or more broadly as a deliberate state influ-ence to control or change behaviour by a variety of means, from formal laws and legal sanctions to peer or managerial pressure in informal social interaction.[6] Political culture shapes attitudes towards the accept-ability, and form of, regulation. For example, in the US state regulation tends to be seen as a threat to liberty and resisted. However, the regulation of medical work in hospital settings and health maintenance organisa-tions is intense, but overseen by insurers and the com-panies that own health facilities. In some European countries, discussion of regulation tends to centre on legal statutes. By contrast, in the UK the literature on regulation in health care is broader and includes dis-cussion of the impact of market mechanisms as well as legislation, central government directives and govern-ing at a distance through arms-length agencies.[7,8]

Most recently, regulation by self-governing profes-sional bodies has been a focus of reform and provides examples of both top-down directives and new ways of governing. The impact of regulatory change on health workers has been considerable and, not surprisingly, new measures have led to debate, criticism and even resistance.

In the UK the introduction of an internal market within the NHS in the early 1990s marked the begin-ning of two decades of continuing reform. The 1991 reforms placed GPs in a pivotal position as providers of an expanded range of first-line services, commis-sioned by what became local level primary care trusts (PCTs). Currently, PCTs also commission secondary care for their populations, and GPs are therefore in pole position to influence the shape of secondary care as their representatives dominate PCT boards. To date, market forces for historical and structural reasons have a limited role in primary care, as general practices do not compete for patients, although GPs must now provide more information so that patients are in a better position to choose their practitioner. A handful of practices in England are currently managed by private sector companies. There is a latent threat that private sector management could grow if productivity gains are not forthcoming.

Under the Blair governments, top-down initiatives have introduced new management systems within the NHS in England, most notably through clinical governance, a system overseeing the management of medical activity by senior doctors accountable to the chief executive.[9] The performance of individual doctors is assessed through peer appraisal. The significance of clinical governance is that it introduces hierarchy into medical management. In addition, new public man-agement techniques such as target setting, audit and evaluation and inspection against benchmarked stan-dards or protocols have continued to develop. The publication of ratings used to assess the adequacy of healthcare outcomes and process introduces trans-parency to this form of regulation. In the NHS, topdown regulation has become multi-layered with an array of regulators.[10,11]

Clinical governance is exercised by PCTs over general practices with some benchmarking of standards, and each practice is required to have one member acting as a clinical governance lead. Like other healthcare agencies, PCTs and general practices are subject to surveillance by other regulators. For example, recently the National Audit Office examined the uptake of clinical govern-ance and measures to ensure patient safety in general practice.[12] A further form of regulation is through GPs’ contract of employment with the NHS. A new contract in 2004 set out explicitly the duties required of GPs and included incentives to carry out specific activities. They are no longer responsible for 24-hour care and are encouraged to hand over the management of chronic illness to other health professionals such as nurses and pharmacists. Targets for screening are set and encouraged by financial incentives. Commonly used measures to assess ‘quality’ include the contri-bution made to improving health in screening for illness, whether a choice is offered about where health care is delivered, the waiting time patients experience before receipt of care and the environment in which health care is delivered.[13]

Critical commentaries on new public management techniques argue that targets and benchmarks stand as proxies for quality, as they tend to measure process or outcomes that are readily accessible to measurement. They also tend to distort managers’ and professionals’ activity towards meeting targets that are being meas-ured and away from other forms of activity that are of benefit to patients.[14] Moreover, regulation is costly in terms of data collection and analysis.

Surveillance within general practice has nonetheless increased, but it remains less susceptible to being ‘man-aged’ than secondary care, due to its small scale and the extent of variation between practices. For instance, while evidence-based protocols are available for ‘guid-ance’, core clinical decision making remains largely beyond scrutiny. Sheaff et al conclude that medical professionals control regulation in general practice through the emergence of ‘soft bureaucracy’.[15] This is reflected in a more hierarchical division at the local level between medical leaders and rank-and-file doctors. The former mediate over how reforms are implemented and also participate in collaborative networks with managers and other professionals to determine policy locally. This new style of governance has also emerged as a consequence of changes in professional self-regulation at the macro level.

In this respect, a key question for policy makers has been how to ensure that professional regulatory bodies play their part in holding their members accountable for achieving good-quality care.[16] In the UK and in many other countries, professional regulatory bodies are licensed by the state to carry out a number of functions: to determine the qualifications necessary for registration and maintain a register of the quali-fied, to issue codes of practice/ethics, and to investi-gate complaints about a professional’s failure to follow these codes and, if necessary, discipline doctors and other professionals who have failed to meet reasonable standards. Undoubtedly, the task of regulation has be-come more complex as a consequence of increased migration among health professionals and higher expectations for standards of practice.

For their part, governments now require mana-gerial competence in professional governance as well as transparency and public accountability. Two issues in particular have been of a focus for concern: first, how professional bodies ensure that their members remain competent to practise throughout their working career and, second, how poorly performing profes-sionals can be identified early.[17] In the UK, a pro-gramme of reform has now been set out for doctors, which is likely to affect all health professionals in due course.[18] Amongst other things, the General Medical Council will be appointed, not elected, with require-ments for accountability to Parliament. Fitness to prac-tise procedures are to be overhauled, and a separate tribunal is to be established to deal with cases where a professional’s registration is at risk. Doctors will be re-accredited as competent to practise periodically, and a programme to achieve this is being developed.

In summary, we have argued that the way in which individual professional practice and the institutions that regulate professionals operate through a variety of mechanisms and levels, have a central objective of not only protecting the public, but also achieving greater value for money in public services. Hood and Scott argue that regulation has become the critical issue in contemporary society, commenting:

‘Looking at government from a ‘‘regulation’’ perspective is not a quirky offbeat angle of vision but a way of identifying some of the central contested or unanswered features of contemporary public service reform’.[19]

Major questions remain about the impact or degree of change achieved by new ways of regulating: what will be achieved in terms of process and outcome and whose interests will be served and in what way? Do some forms of intervention work better than others, and for whom? These are questions that can only be answered in the longer term in the UK. The changes introduced under Blair governments over the last decade have been in the form of experiments with continuing adjustments in response to perceived obstacles.

One consequence of such public service reforms is the emergence of new forms of governance. These mark a shift from institutions that often set the professions and government against each other. New forms of professional governance in the UK and elsewhere are designed to encourage collaboration and consultation with a wider range of stakeholders than hitherto.[20] Stakeholders include individuals from groups repre-senting the interests of patients and carers, and other special interests as well as health professionals, man-agers and representatives of government. Partnership or stakeholder governance is part of the new language. Professional associations are expected to consult with, and include on their government bodies, representa-tives of different interests and gain legitimacy by so doing. Meanwhile, proposals for re-accreditation require new forms of collaboration within the pro-fession as well as drawing on a wider group of lay people to carry out assessments alongside doctors. In primary care we have described the development of governance networks to address the tasks of com-missioning and to raise the quality of primary care services. These new ways of working establish a wholly new agenda for researching and further developing quality improvement in primary care.[21] 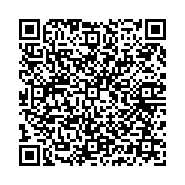