Neuroendocrine tumors are a heterogenous group of tumors arising most commonly in the gastrointestinal tract and in the bronchus pulmonary tree. Other rare sites include parathyroid and adrenal glands. Peripancreatic lymph-node as a primary site for neuroendocrine tumor is extremely rare and no reports could be seen in literature. A thorough search of literature found a case report of a primary neuroendocrine tumor of the inguinal lymph-node. Reporting the case report of a 48year old man who presented with complains of epigastric pain and on evaluation found to have an exophytic tumor from the superior border of the body of pancreas. At surgery the tumor was found to be separate from the pancreas and was easily enucleated off the superior border of pancreas. Histopathology of the excised tumor showed features of an NET within a lymph-node. He was followed up closely and at 1year post operatively patient is asymptomatic and in good health.

Neuroendocrine tumors are heterogenous group of tumors arising from the cells along the diffuse neuroendocrine system. Majority of these tumors are sporadic but also arise in the contest of inherited genetic syndromes like Multiple Endocrine Neoplasia (MEN 1 and 2). The common sites of these tumors are Gastrointestinal tract and bronchopulmonary tree, rare sites include ovary and breast.1Primary NET of peripancreatic lymphnodes is extremely rare and no reported cases were found in literature. We report a rare case of NET of the common hepatic artery lymphnode along the superior border of the pancreas [1, 2].

A 48 year old man presented with 1month history of pain in the epigastric region associated with increased frequency of stools and loose stools. A known diabetic on metformin 500mg once daily.

His vitals were normal and abdominal examination showed nil remarkable. Investigations done before admission included a CT scan, Endosonogram and guided biopsy, Ga68 dotonac PET scan and all these reports were suggestive of a neuroendocrine tumor of the pancreas. A serum chromogranin-A was sent was reported to be 674.8ng/dl (reference range < 76.3) [3]. With a diagnosis of neuroendocrine tumor of the body of pancreas he was optimized for surgery - distal pancreatectomy /central pancreatectomy. An upper midline laparotomy was done. At surgery a well defined well encapsulated firm mass was found along the superior border of the pancreas along the common hepatic artery with a well - preserved plane between the tumor and the pancreas. No lymphadenopathy was noted. Liver and rest of pancreas appeared normal. The tumor could be easily mobilized off the pancreas and after controlling the vascular pedicle from common hepatic artery could be completely removed. Abdomen was closed without any drains. Patient had a smooth post-operative course and was discharged from hospital on the 3rd postoperative day. Microscopy of the removed tumor showed an enlarged lymph-node with a rim of normal lymph-node tissue. The entire core is replaced by tumor composed of nests, clusters, ribbons and trabeculae of uniform polygonal cells with round nuclei with stippled chromatin. No atypia seen. No increased mitosis seen Focal cystic changes seen. These features were suggestive of neuroendocrine tumor of lymph-node, immunohistochemistry confirmed the same. Patient is on regular follow up and healthy at 1 year. A Ga68 Dotonac PET scan done at 1 year showed no evidence of recurrence of the disease nor any evidence of any primary tumor in the pancreas (Figure 1) [4].

As primary neuroendocrine tumors of the lymphnodes are extremely rare, it is always reasonable to think that the lymphnode involvement may be a secondary /metastatic from an unrecognized primary tumor.However in our case a reasonable attempt at diagnosis using a gallium 68 Dotonac whole body scan showed only the single peripancreatic tumor which has been removed with no evidence of any other tumors anywhere in the body. Two possible explanations can be considered for what occurred in this patient. One is that the primary lymphnodular NET is a distinct entity which shows a less aggressive biological behaviour than metastatic one. Another explanation is malignant transformation of pre existing intranodal epithelial nests [1, 5]. In our case the clinical behaviour of the Tumor is yet to be determined and the patient is on follow up. In view of absence of atypia or mitosis no adjuvant chemotherapy was considered. Primary nodal disease is a rare presentation of neuroendocrine tumors. A regressed primary or malignant transformation of pre-existing nodal epithelial nests (described previously in lymphnodes close to salivary gland, thyroid gland ,pancreas and breast tissue) account for such a presentation. With absent literature evidence on the biological behaviour of such disease, further follow up of our patient is needed before it can give us a better picture of behaviour of lymphnode neuroendocrine tumor. 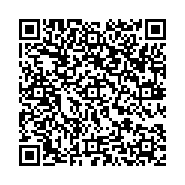