Preoperative Changes in Body Weight in Patients with an Insulinoma

Background An insulinoma is an insulin-secreting neoplasm of the pancreas. In the period from first symptoms to treatment, patients with an insulinoma can experience hypoglycemic symptoms repeatedly. Some patients gain weight when they relieve insulinoma-induced hypoglycemic symptoms by ingesting excess food. In this study, we focus on the changes in body weight in patients with an insulinoma and the relationships of those changes to other clinicopathological factors and clinical data. Methods Patients with insulinoma who underwent curative surgical treatment at Kagoshima University Hospital, Kagoshima, Japan, between 1995 and 2016 were enrolled in this study and their clinical status was evaluated retrospectively. Results Among the 19 patients enrolled, 8 (42%) gained weight and 1 (5%) lost weight. The median monthly net change in body weight was 0.58% (range, -3.9 to 7.0) between onset of the first symptom and until surgery. When we evaluated the relationships among tumor size, serum glucose, serum insulin concentrations and body weight change, a significant correlation was observed among tumor size, serum insulin concentrations and body weight change. Serum glucose concentrations had no significant correlation with other factors. Conclusion Based on the results of this study, changes in preoperative body weight was one of the important parameters linked to severe clinical manifestations of insulinoma.

Nineteen patients with insulinoma who underwent curative surgical treatment at Kagoshima University Hospital, Kagoshima, Japan, between 1995 and 2016 were enrolled in this study. Clinical information, including age, gender, symptoms, and various data from examinations were obtained from medical records retrospectively. The onset of insulinoma was defined at the time when first syndrome related with insulinoma was appeared. The time was decided by the interview for the patients and information from their previous doctors. Body weight change from the first syndrome to the operation was taken by interviews for each patient. All interviews were done before the operation independently from this study.

Patients had undergone several blood chemistry tests before treatment, so we collected as much data as possible. Excluding data during various load tests, we extracted the minimum serum glucose and maximum serum insulin concentrations among collected data and adopted them as data representative of each patient. All patients provided written informed consent before data acquisition. This study was approved by the Institutional Review Board of Kagoshima University Hospital.

The clinicopathological features of our cohort are shown in Table 1. This study included 19 patients (14 women [74%] and five men), average age 52.5 years, average weight just before operation 70.0 kg. All patients had been diagnosed with insulinoma before surgery and were confirmed pathologically. One patient (5%) had multiple lesions, and the one other patient (5%) had a malignant insulinoma. Two patients (11%) were found to also have multiple endocrine neoplasia type 1 (MEN1). Between the first symptom and surgery, the median time that elapsed was 31.2 months (range, 2 to 216). Eighteen of 19 patients had obvious symptoms related hypoglycemic state, but 1 patient had only epigastric pain. For him, we consider epigastric pain was the symptom by insulinoma.

Of the 19 patients, 8 patients (42%) gained weight and 1 patient (5%) lost weight. The median monthly net change in body weight was 0.58 (range, -3.9 to 7.0) between the first symptom and surgery. Overall, among patients the average minimum serum glucose was 39.3 mg/dL and the average maximum serum insulin was 35.1 μIU/mL. After a mean follow-up period of 59.8 months, no patients, other than the patient with a malignancy who had a 40 mm tumor, was dead by insulinoma. This patient had liver metastasis before operation and died 39 months after operation. This patient had a minimum serum glucose of 33 mg/dL and his maximum serum insulin was 141.3 μIU/ mL. Within the 3 months prior to surgery, this patient had an 18% increase in his body weight.

In our study cohort, the one patient who lost weight preoperatively was treated with diazoxide after diagnosis and experienced nausea and loss of appetite, adverse effects that contributed to the decrease in body weight at that time. Diazoxide is a nondiuretic benzothiadiazine derivative used for relieving hypoglycemic symptoms in patients with insulinoma [5, 6]. In total, adverse effects were reported for 4 out of 4 patients treated with diazoxide in our cohort and overall, diazoxide use was intermittent. Three of these patients gained weight, and as previously described, one patient lost weight preoperatively indicating our data were not affected by diazoxide usage, but rather the outcomes reflect the natural course of insulinoma in these patients.

The criteria for insulinoma are plasma glucose <55 mg/dL, serum insulin of at least 3.0 μU/mL, and C-peptide of at least 0.6 ng/mL [7, 8]. In our cohort, the criteria were met by 17 out of 19 patients (89%) for glucose and all 19 patients (100%) met the insulin criteria. Laboratory data were collected for patients across several hospitals at multiple time points, yielding several values for each patient; however, we elected to evaluate the minimum glucose concentrations and maximum insulin concentrations of patients. C-peptide was not evaluated in this study because it was not consistently examined or documented for our cohort. Various load tests, such as the leucine loading test, tolbutamide test, and glucagon test [9, 10] were also not routinely performed; hence, we could not properly evaluate those results in this study. Fifteen patients (79%) underwent arterial stimulation venous sampling [11, 12] for diagnosis of localization of insulinoma preoperatively.

Limitations of this study include the small number of patients given the rarity of this disease and our cohort did not include patients with insulinoma who were not treated surgically. To further elucidate the clinical features of insulinoma, it will be necessary to evaluate a larger number of patients independent of treatment procedures.

All authors had no conflicts of interest. 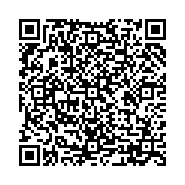