Family doctors (FD) play an important role in pro-moting lifestyle changes in local communities[1–5] be-cause of their ideal position for preventive work. Patients’ expectations of primary care include good preventive services and good doctor–patient relation-ships[6] based on good communication. Primary care doctors often provide lifestyle advice on physical activity, diet, non-smoking and non-consumption of alcohol, all essential for maintaining good health.[7,8] In relation to physical activity, outcomes are often con-tradictory because many patients have different per-ceived barriers to exercise.[9–11] Based on a recent study conducted among Estonian FDs, physical activity was considered the most important alterable lifestyle fac-tor contributing to better health for patients with chronic diseases. The FDs claimed also that they counsel their patients with chronic diseases frequently for physical activity. However, in the FDs’ opinion, the patients’ own drive to seek advice on exercise was low.[12]

Good doctor–patient communication is essential for counselling for physical activity and an individ-ualised approach is needed to attain a change in behaviour.[13] First of all, FDs should be aware of the patient’s level of physical activity, which enables discussion of the impact of exercise on health and encouragement to increase exercise levels.[14] Improve-ment in FDs’ awareness of their patients’ levels of physical activity and understanding of patients’ will-ingness to receive advice on exercising was the main reason for conducting this study.

The current study was carried out between December 2010 and March 2011 in five family practices across Estonia with family doctors who had shown interest in participating in the study. The FDs received written information about the recruitment procedure. Ac-cording to the criteria, the FDs included consecutive patients (aged 18–75 years). Patients with a life-threatening disease, severe mental disorder or mental retardation were excluded. The questionnaire was introduced by the researcher after the FD consul-tation. The participating patients filled in a question-naire by themselves in the FD’s waiting room, with assistance from one of the researchers if needed. Some of the patients completed the questionnaire at home and returned it by post. The questionnaire was anony-mous and voluntary and took about 15 minutes to complete. None of the invited patients declined to participate in the study. Overall, 253 questionnaires were returned. Because of incomplete data, 14 ques-tionnaires were excluded. The final study group con-sisted of 239 family practice patients.

The first part of the questionnaire assessed physical activity. The International Physical Activity Question-naire (IPAQ) short form was chosen to assess physical activity because of its high reliability and validity.[15] The IPAQ has been translated into many languages and used worldwide, including in Estonia. The IPAQ short version estimates how much health-enhancing physical activity, including daily life activities and exercise, the person has undertaken over the previous seven days.

Physical activity is defined as any bodily movement produced by the skeletal muscles. This results in energy expenditure that can be categorised into:

The Statistical Package for the Social Sciences (SPSS) for Windows Release 10.0.1 was used for data analysis. Standard methods: mean, standard deviation (SD), median and percentage were employed for descriptive statistics. Differences between the patients with low, moderate, and high physical activity and their seeking and receiving of FD advice on physical activity were analysed with the chi-square test. All tests were two-sided and statistical significance was taken as p < 0.05.

The Ethics Committee of the University of Tartu approved the study.

Physical activity of the patients

Table 2: General characteristics of the study group according to the level of physical activity (showing statistically significant results only)

There was no significant difference in character-istics such as age, gender, BMI, waist circumference, current smoking and general health status between the patients with low, moderate or high physical activity.

The results of counselling for physical activity are presented in Table 3. Statistically non-significant results are omitted.

Of the patients, 34% reported having received advice about physical activity from their FDs. In the patients’ opinion, FDs counsel patients with chronic diseases, such as ischaemic heart disease, hyperten-sion, diabetes and obesity more often than patients without these diseases (P < 0.001).

Considering the patients’ reports, there was no difference in counselling patients regarding their gen-der, place of residence, level of education, occupation, smoking status or diagnosed depression.

Physical activity of the patients

We conducted this cross-sectional study to assess physical activity and related factors in consecutive patients in the family practice setting and to explore patients’ opinions about counselling for exercise and physical activity.

We found that primary care patients are physically active: nearly 88% of the participants reported mod-erate or high physical activity during the past seven days according to the IPAQ. This is a novel finding

because a sedentary lifestyle is a problem for most adults visiting primary care practices.[7,18,19] According

to global studies, physical inactivity is more prevalent among wealthier and urban countries, and among women and elderly persons.[20] Similarly, we found that patients living in a rural area were more active than those living in an urban area. Rural patients may have spent more time for housekeeping and gardening than urban patients.

Higher physical activity was also noted in patients who were engaged in physical jobs, because IPAQ includes activities of daily life.

Surprisingly, we found that ex-smokers were exercising significantly more intensively than non-smokers or smokers. Although the design of our study does not allow interpretation of this finding, we speculate that as ex-smokers have changed their lifestyles (by quitting smoking), they also pay more attention to physical activity.

Around one-third of the study patients reported that they spent sitting more than six hours a day, which was also associated with lower level of physical activity.

Among the subjects who considered themselves sedentary, 44% had moderate and 29% had high level of physical activity according to the IPAQ assessment. This discrepancy can be explained by the fact that people often think that only exercise with special equipment and supervision can be considered physi-cal activity. They may pay less attention to how to combine healthy exercising with their everyday activi-ties. It requires much effort to encourage patients to increase the level of physical activity by combining tasks of everyday life with more walking, using the stairs instead of using the lift, leaving the car away from the workplace, practising ergonomic gardening, load moving and lifting techniques, etc. In this way, one can integrate physical activity into work and leisure time. FDs can contribute to this process by more frequent counselling. For example, FDs should advise patients to reduce prolonged sitting combining it with current recommendations on exercise activity.[22]

According to the survey on health behaviour among the adult population of Estonia conducted in 2010, only 11.1% of the participants had received profes-sional advice to increase their physical activity from the physician or from some other health specialist.[23]

We found that 23% of the participants reported that they had asked for their FD’s advice on physical activity and 34% had received it. Moreover, older and obese people were more eager to seek their FD’s advice; they also received more counselling for physi-cal activity compared with younger patients or those with lower weight.

Similarly to previous studies, we found that FDs mostly target their advice to patients with chronic illnesses and obesity.[3,24] It has been emphasised that primary care settings often focus on current needs by mostly counselling those at risk.[14] Based on a system-atic review, Fleming and Godwin found that it is more effective to concentrate on patients with cardiovascu-lar problems than healthy patients for lifestyle coun-selling in primary care.[25] Often patients at higher risk are more motivated to seek advice and to implement this advice by changing their lifestyle. In our opinion, preventive work among healthy subjects also impacts on primary care quality by increasing population physical activity levels as well as by enhancing people’s satisfaction with care.

According to a study carried out among Estonian FDs, most reported counselling their patients with chronic diseases for physical activity.[12] The discrep-ancy between the high level of counselling reported by Estonian FDs and the low level of received advice reported by the patients could be related to counselling style. There is conflicting evidence about whether reg-ular counselling in primary care is sufficient to effect behavioural changes.[26,27] Effective counselling should be patient-centred, a good example of which is moti-vational interviewing.[28] The impact of motivational interviewing on promotion of physical activity in primary care patients, both healthy and those with chronic diseases, has not yet been studied in Estonia and will most likely be the subject of further studies.

Strengths of the study included interviewing consec-utive patients in five different FD practices in Estonia, including urban and rural practices, with large num-bers of patients. To the best of our knowledge, no such cross-sectional study has been conducted for primary care patients. Another strength of the study was the high recruitment rate. We involved family doctors who were interested in collaboration. The latter may be seen as a confounding factor, participants desired to please their FD. However, the study questionnaire was voluntary, anonymous and the FD was not involved in filling it.

A limitation of the study is that the questionnaires looked at subjective estimates which could lead to over- or underestimation of physical activity. Also, it may have been difficult for patients to translate ac-tivities into an appropriate intensity grade. Investi-gators have noted both over- and underestimates of physical activity with self-reported IPAQ.[29] However, the IPAQ is upon now widely used in epidemiological studies, has adequate validity and enables comparison of current data with those of previous studies.[30] Based on our experience, the IPAQ Short Form was well-understood and feasible for this type of study. Methods for physical activity assessment in primary care set-tings is still a subject of discussion and requires further research.

Another limitation was that patients were asked whether they had received advice, but the content and process of counselling was not assessed. Further studies are needed to evaluate the quality of counselling.

The authors express their gratitude to the colleagues and the patients who contributed to the study.

This study was financially supported by the Estonian Science Foundation (grant No. 7596) and by targeted financing (TARPO 0821).

The study was approved by the Ethics Committee of the University of Tartu. 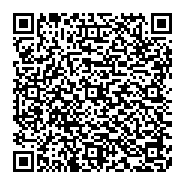