In patients in which pancreatic acinar cells mass is depleted there may be inadequate enzyme secretion to the duodenum leading to malabsorption of ingested carbohydrates, proteins, and lipids. This state of pancreatic dysfunction is known as exocrine pancreatic insufficiency (EPI).

In patients undergoing surgical management of their pancreatic disease, EPI can arise either pre- or postoperatively. In the pre-operative setting, EPI may be due to parenchymal damage secondary to underlying pancreatic disease as in the case of chronic pancreatitis, or as a result of occlusion of the pancreatic duct as is seen in the case of periampullary cancer [1, 2]. The principle aetiopathological factor for post-operative EPI is resection of functional pancreas parenchyma [3]. The effects of resection are exacerbated when the remaining parenchyma is abnormal such as in chronic or post-obstructive pancreatitis. In addition, pancreatic and gastrointestinal reconstruction resulting in dysregulation and asynchrony of enzyme secretion is another hypothesis for EPI pathophysiology that will also play an important role in the development of EPI [4].

Retrospective observational studies report that EPI is a common finding in the pre-operative setting, and that the incidence of EPI increases post-operatively [5]. Patients with EPI are classically said to present with weight-loss, diarrhea or steatorrhea, however, these symptoms may take weeks or months to manifest [6]. The importance of identification of EPI and its treatment with PERT has been highlighted in the recommendations of the National Comprehensive Cancer Network (NCCN) that advocate the immediate initiation of PERT in all patients presenting with pancreatic cancer [7]. The relatively limited literature on this topic would indicate that few surgical patients get worked up for EPI pre-operatively and only a small fraction are prescribed PERT [8]. As such, patients may be left without adequate pancreatic enzyme capacity during the critical perioperative phase when nutrition is key, and this can potentially reflect negatively on postoperative outcomes [9, 10].

The aim of this survey was to assess the practices of a defined population of pancreatic surgeons and gain an insight into perioperative perception of EPI and its management with PERT.

The online survey link was sent to administrators of “The Pancreas Club, Inc” and circulated by them to members via their mailing-list service. The Pancreas Club was founded in 1966 and has around 400 members. It is an informal forum for pancreatic surgeons to exchange their ideas and expertise in managing pancreatic disease worldwide, with the predominance of members based in the United States. We decided to use this venue for our survey because it targets pancreatic surgeons interested in pancreatic disease management.

A little over half of the respondents (52.5%) reported assessing their patients for EPI preoperatively. Among them, 48.5% did so routinely, the other 51.5% assessed for EPI only in the presence of symptoms (diarrhea or steatorrhea) or depending on the underlying pathology.

The preferred method of assessing for EPI was a fecal elastase test (48%) followed by coefficient of fat absorption (12%) then bile salt absorption test (2%). A third of surgeons did not objectively test for EPI; they relied on clinical symptoms to diagnose EPI.

Among PERT prescribers, 85.2% preferred to prescribe Creon over the other available formulae. We did not find a consensus on the quantity of lipase replacement units for main meals. The replies ranged from 24,000 to 108,000 units while a few stated that they “do not know”. The same was found with replacements prescribed for snacks, ranging from 10,000 to 40,000 units.

This study identified that most surgeons do not assess patients preoperatively for EPI. Review of the literature revealed that the reported pre-operative prevalence of EPI ranges widely; from 44% (range, 42%-47%) before pancreatoduodenectomy (PD), to 20% (range, 16%-67%) prior to distal pancreatectomy (DP). Post-operatively, the incidence of EPI showed significant varaition from 74% (range, 36%-100%) after PD to 19% to 80% after distal pancreatectomy [3, 5]. Indeed, EPI might be markedly under-reported in some series given the wide variation in the published literature, and the low rates of active assessment of patients for EPI pre-operatively that were identified in the current study. The incidence of EPI is widely reported to depend on underlying pathology and degree of pancreatic duct obstruction, with chronic pancreatitis and pancreatic cancer being associated with the highest incidences of EPI [3, 5]. More recently, Carr and colleagues reported a high prevalence of EPI in patients with IPMN, which is presumed to be due to viscous mucin plugging the duct leading to an obstructive pancreatitis [11].

Patients who go for surgery with an underlying untreated EPI are believed to have worse outcomes; reflected in an increase in morbidity and mortality. A recent study by Roberts et al. in an analysis of 469 patients undergoing PD noted that PERT was an independent predictor of survival [12]. Of 469 patients evaluated, 202 (43.1%) had received PERT and on multivariable analysis PERT had a Hazard ratio of 0.72 (95% CI: 0.52-0.99; p = 0.044). Worsening malabsorption is believed to the pivot of these inferior outcomes. [10, 13]

Whilst the practice is clearly not uniform in the prescription evaluation of EPI and prescription of PERT, the NCCN guidelines for the management of pancreatic adenocarcinoma in the United States recommend all patients be commenced of PERT regardless of symptoms or testing [7]. Similar guidelines exist in the United Kingdom and Australasia recommending the routine use of PERT for malignant disease of the pancreatic head [14, 15]. It is encouraged that PERT be commenced at the time of first diagnosis and recommenced as soon as patients resume a solid diet post-operatively [3]. The importance of commencing PERT immediately upon diagnosis is even more relevant now given the trend towards neoadjuvant therapy for both resec and borderline resec pancreatic cancer as operations occur many months following diagnosis, and if not treated patients will become severely malnourished during this interval.

A large portion of responders who did consider a pre-operative diagnosis of EPI required an objective assessment before starting their patients on PERT. As noted previously, for pancreatic cancer, the commonest indication for pancreatic resection, the NCCN guidelines state that the disease process is enough to justify treatment, and that symptoms or a diagnostic test are not required [7]. In terms of confirming a diagnosis, the coefficient of fat absorption and bile salt absorption tests, although reliable in diagnosing EPI, impose a significant burden on patients as stool has to be collected over 3 days after being on a high-fat diet for 5 days and are thus not routine used [5]. The fecal elastase-1 (FE-1) test is easier on patients given that only one stool sample is required, and was the most frequently utilised diagnostic test in this study. The major limitation of FE-1 is that it does not detect early EPI [16].

Whilst a minority of surgeons reported using PERT based on patient diagnosis, and others treated only based on a diagnostic test, a significant number required the presence of symptoms to initiate evaluation. This approach may delay treatment for a number of patients as symptoms such as diarrhea and steatorrhea take time to manifest in EPI [17], and thus a window of opportunity to commence PERT and enhance nutrition may be missed. There is also evidence that patients may have EPI, confirmed by a low FE-1 even prior to symptoms manifesting [18].

It is interesting to see that once surgery is performed the hesitancy in assessing for EPI and starting patients on PERT subsides. This can be attributed to, the now present, tangible reason for developing EPI in the post-operative setting, namely loss of pancreatic parenchyma. The other explanation might be the presence of care pathways in some practices or in an indirect way, a “grandfathered practice in that setting”.

The choice of dosing is concerning. The responses for quantifying main meal and snack lipase supplement units fall within a broad range. This further backs up the notion of uncertainty and no uniformity of practice. While lipase supplements unit range reported by responders spanned between 24,000 and 108,000 units for meals and 10,000 and 40,000 units for snacks, the recommended dose is 72,000 units and 36,000, respectively [19]. Most respondents under-dosed their patients at 24,000 for meals. The timing of dosing in relation to meals is another important issue that no repondent addressed in free text. As an enzyme that depends on contact, PERT must be taken immediately prior to meals, and when appropriately dosed, 1 capsule is taken prior to a meal and the second half way through the meal. The inadequacy of dosing has previously been reported by a Dutch national survey of patients with chronic pancreatitis in which the majority of patients were underdosed and 70% still reported steatorrhoea following treatment [20].

Undertreating patients, by either not having them on PERT or by under-dosing them, has been linked to early and late postoperative complications. Early complications through malnutrition results in poor wound healing, diarrhea, dehydration and electrolyte imbalance. This can prolong length of stay postoperatively and result in readmissions. Long term complications from malnutrition lead to weight loss and in the case of pancreatic adenocarcinoma a poor prognosis in a condition with an already low overall survival [12, 21, 22, 23, 24, 25].

The lack of a uniform policy would indicate that action needs to be taken to standardize care of patients going for pancreatic resection. There is a growing body of evidence supporting this notion. Reviewing the literature to suggest an optimal care pathway is beyond the scope of this paper, however Philips et al. have proposed algorithms for assessing EPI and managing PERT peri-operatively [3]. It is important to emphasize on the necessity of having a team effort where patients, nurses, gastroenterologists, pancreatic surgeons and dieticians organize themselves to take on this issue [26, 27].

This study is limited by being a survey, and as such the response rate would be expected to be low. Moreover, although it is considered the optimal method for the aim of this study, it has some inherited biases including selection and recall biases. Surgeons invited to participate in the survey are all pancreatic surgeons, this raises a high potential for selection bias as they are more likely to manage pancreatic disease to the most up to date standards available. Having said that, we find it alarming that such high variation in practice exists even within a highly selected group of specialized surgeons. Recall bias can influence the results of studies based on surveys. We do not think that it skewed our results. The nature of the questions in our survey are independent on specific incidences; they rather focus on patterns of practice. The findings of this study cannot be generalized, yet, are alarming enough for action to be taken to standardize care and raise awareness between healthcare providers.

EPI is a manageable clinical condition that is overlooked by healthcare providers who care for pancreatic disease patients in the peri-operative period. The presence of a pancreatic head neoplasm causing ductal obstruction should guide surgeons to start PERT empirically preoperatively as part of patient optimization for surgery, and based on published national cancer guidelines. For other patients undergoing resection, EPI should be considered, with specific questioning of patients and testing. Standardization of EPI management and PERT is needed and can be done through collaborative efforts through leaders and experts in pancreas disease.

An educational drive to increase peri-operative PERT utilisation together with affirming appropriate dosing regimens is warranted as improvements in peri-operative nutritional may impact on both morbidity and mortality of patients undergoing resection. 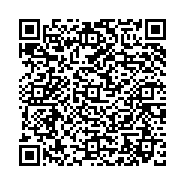