Focal lesions with in the pancreas are generally alarming for the clinician for the fear of the lesion being neoplasm. Though it is an uncommon entity, intra-pancreatic accessory spleen is important as far as recognition and appropriate confirmatory diagnostic imaging are concerned to avoid an unnecessary surgery for a misdiagnosed pancreatic tumor. We present a case that underwent distal pancreatectomy for a suspected pancreatic neuroendocrine tumor which turned out to be intra-pancreatic splenunculus.

Focal lesions with in the pancreas are generally alarming for the clinician for the fear of the lesion being neoplasm. Though it is an uncommon entity, intra-pancreatic accessory spleen is important as far as recognition and appropriate confirmatory diagnostic imaging are concerned to avoid an unnecessary surgery for a misdiagnosed pancreatic tumor. We present a case that underwent distal pancreatectomy for a suspected pancreatic neuroendocrine tumor which turned out to be intra-pancreatic splenunculus.

We are presenting a patient who presented with portal venous thrombosis due to protein C and antithrombin III deficiency. While he was being worked up with imaging studies for porto-mesenteric thrombosis, incidentally found to have an enhancing nodule in the pancreas. This finding triggered a battery of further investigations to confirm a diagnosis of intra-pancreatic neuroendocrine tumor (NET).

There is a long list of differential diagnosis for an enhancing pancreatic nodular lesion [1]. The diagnoses that top the list are neuroendocrine tumors, metastasis, peripancreatic paraganlioma, peripancreatic gastrointestinal stromal tumor and pancreatoblastoma. It is essential to differentiate these lesions from a more benign “touch me not” lesion- intra-pancreatic splenunculus (IPS) [2], which does not warrant any treatment.

A 61-year-old gentleman presented with short duration history of vague abdominal pain and bloating sensation. There was no history of diarrhea, symptoms of hypoglycemia or peptic ulcer disease. On clinical examination he was found to have free intra-peritoneal fluid. Subsequently he was referred to radiology department for further work up of ascites. On the Contrast Enhanced Computed Tomography (CECT) scan of the abdomen, he was found to have moderate ascites and complete thrombosis of the superior mesenteric vein and the main portal vein. In addition to the above finding, there was a moderately enhancing well defined nodule with in the tail of the pancreas measuring 2.5 cm × 2 cm (Figure 1). The lesions was showing progressively increasing enhancement in the arterial and venous phases. Hounsfield value in the arterial phase was 90 and in the venous phase were 142. There was partial fat plane between the lesion and the pancreatic parenchyma (Figure 1). The imaging features were suggestive of NET. Rest of the abdomen was normal. There was no evidence of metastasis.

Subsequent biochemical workup for NET of the pancreas including chromogranin was negative. In view of the asymptomatic nature of the pancreatic lesion and severe porto-mesenteric thrombosis which is the primary pressing issue, major surgical procedure to address the pancreatic lesion was deferred at this stage and it was not pursued further. The consensus of the treating team was to follow up the lesion. Patient was started on oral anticoagulation.

The follow up CECT performed three months later showed complete recanalization of the portal vein and partial recanalization of superior mesenteric vein. There was complete resolution of ascites. The pancreatic lesion appeared static with no significant interval change in size and morphology. During the second admission, he was also subjected to Gallium-68 DOTANOC whole body Positron Emission Tomography CT which revealed intense tracer uptake in the pancreatic nodule suggestive of NET (Figure 2). There was no evidence of somatostatin receptor positive disease elsewhere in the body. The patient was taken up for spleen sparing distal pancreatectomy. The surgery and the post-operative period were uneventful and he was discharged on the 4th post-operative day. Post-operative gross pathology showed a well encapsulated brownish intra-pancreatic nodule (Figure 3) and histopathology of the specimen was diagnostic of IPS (Figure 4) surrounded by normal pancreas.

Figure 2: Gallium-68 DOTANOC whole body PET CT images showing intense tracer uptake by the lesion in the tail of the pancreas (arrows), which appears equal to the spleen. In imaging of the abdomen, accessory spleen is a frequently encountered anatomical variation. It is seen approximately in 10% of population [2]. It is a congenital anomaly due to aberrant embryological fusion of the spleen. Rarely it can be acquired and if acquired, generally believed to be due to trauma [3]. Majority of the splenunculi are seen at the splenic hilum (80%). The second most common location is the tail of the pancreas [1, 4]. Because of its nodular nature and intense enhancement in CT scan with intravenous contrast agents, it can be easily mistaken for other, more sinister intra-pancreatic lesions. IPS is a benign lesion which typically does not require any treatment. The importance of identifying presence of splenunculus lies in patients who undergo splenectomy, for hypersplenism. Splenectomy performed for hypersplenism can fail if the splenunculus contributes to significant amount of functioning splenic tissue. Occasionally it can be a source of intra-abdominal bleed in case of spontaneous rupture associated with pathology like lymphoma.

In CECT and Magnetic Resonance Imaging common enhancing intra-pancreatic lesions and their key features are as follows.

1. NET: shows avid enhancement with intravenous contrast which is maximum at the arterial phase. It can be located anywhere in the pancreas, shows uptake in somatostatin receptor imaging, like Ga-68 DOTANOC.

2. Intra-pancreatic metastasis: most common site of primary is kidney and usually the patient is known to have a primary neoplasm.

3. Gastro-Intestinal Stromal Tumor: presence of fat plane between the lesion and the pancreas, and it arises exophytically from the stomach or duodenum.

4. Peri-pancreatic paraganlioma: shows a fat plane between the lesion, pancreas and the adjacent bowel.

As far as IPS are concerned, majority of them are located within the pancreatic tail and are approximately 1-2 cm in size. The imaging features which are helpful to differentiate IPS from NET are

1. Location (IPS are almost always seen in the tail)

2. Deep cleft of fat plane between the lesion and the pancreatic parenchyma will be seen in IPS [4, 5]. The dynamics of iodinated contrast enhancement parallels that of the spleen [5] in IPS.

4. In CT arteriography IPS typically shows heterogeneous enhancement in arterial phase which becomes homogenous in venous phase [6], however if the lesion is small in size these differences in the dynamics of contrast enhancement are difficult to appreciate.

Nowadays with the technological advancement of CT scans, incidentally detected intra-pancreatic lesions are encountered frequently. Though most of these lesions represent NET, possibility of IPS should be considered in CECT and should be confirmed or ruled out by subjecting the patient to an appropriate scintigraphy study. By doing so, these patients can be saved from unnecessary and morbid surgical procedures like distal pancreaticosplenectomy. 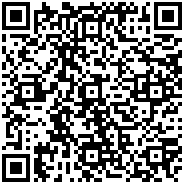