Background Pancreatic tuberculosis is very rare, mostly due to the antibacterial effects of the pancreatic enzymes. The association of thrombosis and Tb has been reported but that of inferior vena cava thrombosis and pancreatic Tb is extremely rare and has only been reported once. Case presentation a case of pancreatic Tuberculosis and IVC thrombosis presented with constitutional symptoms. Ultrasonography and computerized tomography showed a lesion in the head of the pancreas and large lymph mass. Magnetic resonance imaging (MRI) of inferior vena cava (IVC) showed thrombosis in the IVC. Histological examination revealed necrotizing granulomas after a laparotomy. The patient received antituberculosis chemotherapy and low molecular weight heparin. Conclusion Tuberculosis could never stop from amazing us and we should always put it in the deferential.

Tuberculosis is a widespread disease, which is encountered in developing countries. Pancreatic and peripancreatic TB is an exceedingly uncommon disease [1], presenting as a hypoechoic mass on ultrasonography and imaging mimicking malignancy [2]. The association of Tb and thrombosis of inferior vena cava (IVC) is extremely rare and has been only reported once [3].

Abdominal ultrasound revealed bile duct expansion of 5 cm at the hepatic hilum, hypo-echoic and heterogeneous mass measuring 5 cm in the head of the pancreas and pancreatic duct measuring 2.5 cm with a large amount of fluid in the pelvis, lymph nodes enlargement at the hepatic hilum measuring 3 cm, Upper endoscopy showed a flat, pale mucosa of the duodenum. Figure 1: CT scan of the abdomen shows signs of the thrombosis in the IVC.

Figure 3: MR angiography of the IVC shows thrombosis in the IVC starts above renal vein and down to the pelvis.

The patient underwent an exploratory laparotomy and we took biopsies from the head, the body of pancreas, and mesenteric lymph nodes. Microscopically, there were necrotizing granulomas consistent with TB in the body of the pancreas, nonspecific pancreatitis, and granulomatous lymphadenitis compatible with TB in mesenteric lymph nodes. TB treatment was started in addition to low molecular weight heparin (Clexane).

TB continues to load a huge burden on health in the Middle East with an incidence of 115 per 1000000(4). Abdominal Tuberusclrosis is the most common extrapulmonary manifestation that includes a variety of intraabdominal organs like intestines, gastro duodenal, liver, biliary tract, spleen, and pancreas [5]. Pancreatic TB with or without lymph nodes involvement is a rare phenomenon, as it accounts only for 4.7% of all locations [1]. This rare occurrence of pancreatic TB is mostly attributed to the antibacterial effects of pancreatic lipases, and deoxyribonucleases [2].

Pancreatic TB presents with a variety of symptoms such as anorexia, weight loss, night sweat, fever, and obstructive jaundice [2, 5]. The vague presentation can cause confusion as it can mimic the classic scenario of cancer [2], In a study from Bangladesh, five of the 60 patients who had unresectable pancreatic cancer and underwent further evaluation for pancreatic malignancy were found to have pancreatic tuberculosis (5). The differential diagnosis may also include pancreatic cystic neoplasms, chronic pancreatitis, and autoimmune pancreatitis [5].

In general, the diagnosis of pancreatic TB requires a high degree of suspicion but being in an endemic area of TB like Syria usually puts TB in the differential diagnosis. The first step in approaching our patient was to do an abdominal ultrasound that revealed a hypoechoic lesion which is the most common finding in pancreatic TB(5), next we did a computed tomography of the chest and abdomen that showed beside the pancreatic lesion a large lymph mass surrounding the superior mesenteric artery extending to the liver hilum and pancreatic head. Although there are no definitive features of pancreatic TB on CT scan(5), This presence of peripancreatic adenopathies made us think more of a TB origin of this lesion, therefore the patient underwent a laparotomy and the histological examination of the pancreatic lesion and the lymph nodes showed necrotizing granulomas. The presence of granulomas is the most common histological finding in TB, on the other hand, the presence of positive AFB and culture was relatively low, and the use of RT-PCR was not yet well established to exclude TB(5), thus we initiated a trial of antituberculosis therapy, and the patient responded clinically wich supported our diagnosis. TB now is considered an independent risk factor for venous thrombosis. In the MEDENOX study, patients with TB were found to have a greater risk of venous thromboembolism, with an odds ratio of 1.62 [6].

Several case reports mentioned an association between TB and venous thrombosis [7, 8], However, that of pancreatic TB and inferior vena cava thrombosis is extraordinary, and has been only reported once [3]. The exact mechanism of thrombosis and TB has not yet established, one hypothesis suggests the role of proinflammatory cytokines (interleukin 1, interleukin 6, tumor necrosis factor α) [9], another hypothesis says that thrombosis originate from local factors like compression from neighboring adenopathies [10]. 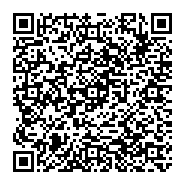