Surgery is associated with improved survival in pancreatic cancer, but unfortunately, even with a successful R0 resection (pathologically negative margin), neither pancreaticoduodenectomy nor distal pancreatectomy, can guarantee a cure and rates of recurrence approach 80%. Whether patients with resectable disease should undergo neoadjuvant treatment (NAT) remains highly controversial. While there are compelling reasons to treat, there is a risk that some patients will not only fail to benefit but progress to unresectable disease. This “failure rate” has been reported to be as high as 16% [1]. A meta-analysis including trials identified by searching MEDLINE, EMBASE, and the Cochrane Central Register of Controlled Trials from 1966 to December 2009 and through reference lists of articles and proceedings of major meetings was performed. A total of 111 studies (n = 4,394) including 56 phase I-II trials were included in this analysis [2]. The data showed that initially resectable pancreatic tumors demonstrated similar resection rate and survival following neoadjuvant therapy compared to those of patients with primary surgical resection of tumors with adjuvant therapy. Another meta-analysis focused on only gemcitabinebased neoadjuvant regimens demonstrated only marginal survival benefits for patients with resectable cancer whether they received radiation or not [3]. In 2017, D’Angelo et al.. performed one of the first meta- analyses to report survival using ITT analysis. Twelve prospective neoadjuvant studies with both resectable and either borderline resectable and locally advanced PDAC (BR/LA disease), published between 2008 and 2015, were included and the authors reported a resection rate of 65%, and notably, a similar mOS of 22.78 months [4]. More recently, Versteijne et al. performed a meta- analysis on pooled data from 38 trials, again using ITT analysis, and included a total of 3,484 patients diagnosed with resectable or BR pancreatic cancer. They reported no meaningful difference in mOS for patients with resectable disease treated with upfront surgery versus neoadjuvant therapy (17.14 v 18.2 months) however, there was a difference in mOS, favoring neoadjuvant therapy over upfront surgery, in patients with BR disease (19.2 v 12.8 months). R0 resection rates favored that receiving neoadjuvant therapy, in both resectable (85% v 71.4%) and BR disease (88.6% v 63.9%) [5]. Similar results were also reported by, Mokdad et al. published a unique retrospective study utilizing propensity score matched analysis to investigate the role of neoadjuvant therapy in patients with early stage pancreas cancer. The authors queried the National Cancer Database for patients with stage I or II PDAC who underwent surgery between 2006 and 2012. A total of 2,005 patients treated with neoadjuvant therapy followed by surgery were matched with 6,015 patients who underwent upfront resection and the authors reported a median overall survival difference of 5 months (26 v 21 months) favoring those who received neoadjuvant therapy[6]. Recently , Ivanics et al. queried the National Cancer Database for patients with stage I and II body and tail PDAC between 2006-2014, total of 441 patients received neoadjuvant therapy followed by resection (NAT+R) with or without adjuvant therapy(AT) compared to 1323 patient who underwent upfront resection with or without AT. They reported significantly higher median survival in the neoadjuvant group compared to the upfront resection [7]. Datta et al. compared long time survival between surgery vs. Surgery + AT and NAT + Surgery in a large National Cancer Database and conclude that surgery alone had worse overall survival and no significant difference in overall survival when comparing AT and NAT [8]. Reni M et al.. reported on the safety and efficacy of preoperative or postoperative chemotherapy for resectable pancreatic adenocarcinoma (PACT-15), were 88 patients were readmized for adjuvant gemcitabine for six cycles (arm A), six cycles of adjuvant PEXG (cisplatin, epirubicin, and gemcitabine and capecitabine (arm B), or three cycles of PEXG before and three cycles after surgery (arm C) [9]. Cloyd JM, et al. compared chemotherapy versus chemoradiation as preoperative therapy for resectable pancreatic cancer using propensity score adjusted analysis and conclude that preoperative CRT is associated with less margin and lymph node positivity, reduced LR, and similar OS compared with preoperative chemotherapy[10]. Neoadjuvant platinum-based chemotherapy with gemcitabine was tested in a randomized phase II trial. Patients were randomized to either primary surgery versus neoadjuvant gemcitabine and cisplatin with radiotherapy. Radiotherapy consisted of threedimensional treatment at 1.8 Gy to 55.8 Gy (tumor) or 50.4 Gy. The target number of patients was 254, however, the study was closed prematurely after 73 patients; with only 66 patients evaluable [11]. The R0 resection rate was 52% (A) and 48% with median OS of 17.4 versus 14.4 months. However, after tumor resection, mOS was 25 vs. 18.9 months. [12]

Based on the above data, a few conclusions can be made. The results of all the studies underline that neoadjuvent therapy seems to improve resectability of tumors that may translate into improved overall survival. The data is promising; however, given the limited sample size, no standardized regimen, subjective variability, no definitive conclusions may be drawn.

In summary, the use of neoadjuvant chemotherapy or chemoradiation in resectable pancreatic cancer remains debatable because of the conflicting data on its effectiveness, and the lack of randomized phase Ⅲ trials to support their use. 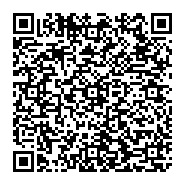