Distal pancreatectomy with celiac axis resection, also known as Appleby's modified operation, is a surgical technique used for locally advanced pancreas tumors. As the number of cases performed in western countries is small, its indications, technical aspects, therapeutic strategy and oncological utility have not been widely defined. Preoperative hepatic artery embolization has become popular as a method to reduce postoperative ischemic complications, but it is not systematically performed. Multi-visceral resections due to tumor invasion of neighboring organs are carried out in up to 20% of patients. Here we describe a patient with an advanced pancreatic tumor who underwent a distal pancreatectomy with celiac axis resection with multi-visceral resection in combination with Preoperative hepatic artery embolization.

Surgical resection is the only therapeutic option that increases survival in pancreatic cancer (PC). Even so, 5-year survival rates are low, at 15-20% [1, 2, 3, 4]. Distal pancreatectomy with celiac trunk resection (DP-CAR) is considered a feasible and safe option in tail-body pancreatic tumors invading the celiac trunk [3, 5, 6, 7]. Here we describe a DP-CAR associated with a multi-visceral resection and preoperative embolization of the hepatic artery.

A 54-year woman with past medical history of extrinsic asthma, hypothyroidism, appendectomy and bilateral laparoscopic oophorectomy due to endometriosis. In the last four months, she had anorexia, nausea and pain in the epigastrium and right hypochondrium. Abdominal CT scan showed a hypodense mass of 7.9 × 6.2 × 6.7 cm in the pancreatic tail which infiltrated and stenosed the splenic angle lumen of the colon with retrograde cecal dilatation of 8.2 cm. The mass invaded the spleen, splenic hilum, left renal vein and artery, left adrenal gland and the gastric greater curvature, was in contact with the left kidney, and surrounded the celiac trunk by more than 180°. Small regional lymph nodes were present (Figure 1A). In the colonoscopy, a thickened, hyperemic and ulcerated mucosa 65 cm from the anal margin was observed which completely stenosed the lumen. The biopsy revealed adenocarcinoma. Upper gastrointestinal endoscopy showed a thickened gastric antrum with hyperemic gastric folds; a biopsy was performed and was negative for malignancy. With the diagnosis of advanced pancreatic cancer causing complete obstruction of the colon, it was decided to perform a colostomy at the hepatic angle. Neoadjuvant treatment was initiated with FOLFIRINOX (six cycles). A new CT was performed, showing a slight reduction in size (7.3 × 5.8 × 5.2 cm) without other substantial changes (Figure 1B). It was decided to perform surgical exploration with prior arterial embolization.

An endovascular occlusion device (Amplatzer®) was placed in the common hepatic artery, but the connection between the superior mesenteric artery and the hepatic artery itself was seen to be very weak Figure 2 due to the theft of flow by a superior pancreatoduodenal artery connected to a hypertrophic pancreatic magna artery. So this artery was embolized with a coil, which significantly decreased the flow in this artery without occluding it, and thus immediately increased the flow between the superior mesenteric and hepatic arteries (Figure 3). Figure 2: Selective angiography of celiac trunk (A) and SMA (B). No communication between both vessels.

At 21 days, surgery was performed, beginning with a section of the greater omentum, preserving the gastroepiploic vessels. The left parietocolic gutter was then opened with en bloc mobilization of the kidney, adrenal glands and the spleen as far as the aorta. To free the spleen from an area of diaphragmatic fibrosis, a patch was resected and closed with polypropylene 0. A colectomy including transverse colon and sigma and an atypical vertical gastric section were also performed.

After location of the vein and superior mesenteric artery (SMA) the pancreatic neck was cut with a stapler. Then the splenic vein was identified at its junction with the superior mesenteric vein, and sectioned. Circumferential dissection of the SMA to its origin in the aorta was performed. The common hepatic artery was identified and ligated at the level of the occluder, as were the gastric and splenic arteries. The procedure ended with the section of the celiac trunk (Figure 4). The lymphadenectomy including the groups 4 sa-sb and 7 to 16 was performed during all the steps mentioned. Intra-operative Doppler ultrasound confirmed the existence of arterial flow in the hepatic artery proper and inside the liver. In summary, en bloc resection was performed including distal splenopancreatectomy, colectomy, partial gastrectomy, left nephrectomy, left adrenalectomy, partial diaphragmatic resection and celiac trunk resection (Figure 3). The intervention concluded with a colo-colonic anastomosis. In the postoperative period, the patient presented transient AST/ALT, left pleural effusion evacuated by thoracentesis, and diarrhea requiring loperamide and codeine. (Clavien IIIa, CCI: 33.5). There was no change in blood glucose or any exocrine insufficiency.

The histological study showed a mucin-producing pancreatic adenocarcinoma, moderately differentiated, G2, with 50-95% glandular formation infiltrating the splenic hilum and parenchyma, peripancreatic adipose tissue, perirenal adipose tissue, adrenal gland and renal hilum, gastric and colon walls, and adipose tissue surrounding the celiac trunk. Metastasis was observed in two of the 18 peripancreatic lymph nodes. As for the resection margins, pancreatic, gastric, colic and circumferential margins were unaffected, but retroperitoneal margins were affected in a single area of 1 mm (R1). With regard to response to chemotherapy, the patient had a modified Ryan score of 2: residual tumor with evident signs of regression, partial response, and presence of abundant lakes of mucus. The patient received postoperative radiotherapy. Fourteen months after the intervention, tumor markers are normal (CEA: 0.5 ng/dl and CA19.9: 2.3 IU); CT after radiotherapy revealed many small vessels connecting the SMA and the hepatic artery, without signs of recurrence (Figure 5). Tumors located in the distal pancreas have a very low resectability rate because of the frequent presence of carcinomatosis, hepatic metastasis or arterial vascular invasion (of the celiac trunk and/or SMA) [1, 3, 4, 6, 7, 8, 9]. Classically, arterial invasion was a contraindication for surgery [1]. Arterial resections during a pancreatectomy are a controversial topic, as they increase morbidity and mortality and may not have an oncological benefit [1, 3]. DP-CAR, also known as the modified Appleby operation, is considered a feasible option in corporocaudal pancreatic tumors with invasion of the celiac trunk, because it appears to increase survival, obtain negative resolution margins and raises quality of life, although the morbidity and mortality rates are high [2, 5, 6, 8, 9]. This procedure is rarely performed at HPB units (in fact, only 250 DPCAR were reported in a 2016 meta-analysis) and even less frequently in combination with the resection of other abdominal organs [6, 8].

The DP-CAR technique described by Nakamura et al. includes the resection of distal pancreas, spleen, celiac trunk and its branches, nervous plexus, celiac and surrounding SMA, diaphragmatic crura, Gerota left fascia, left adrenal gland and lymphatic retroperitoneal nodes [5]. The stomach is preserved unless it presents neoplastic infiltration or problems of ischemia, and the rate of associated gastrectomy is close to 30% [5, 6]. Other organs or vascular structures (portal vein, kidney, colon or jejunum) can also be removed by direct infiltration in up to 15% of interventions. Renal or multivisceral resection (more than four organs) is associated with increased mortality [4]. The R0 rate with DP-CAR ranges between 30% and 100% [6].

The rate of severe morbidity (Clavien ≥ III) associated with the DP-CAR is close to 50%, and the mortality rate ranges between 2% and 17% (mean 6.7%) [6, 7]. Pancreatic fistula, delayed gastric emptying, and vascularization problems of the liver (6%) and stomach (13%) after DPCAR are the most important causes of morbidity and mortality [5, 6]. With regard to ischemic complications, many authors do not take any preoperative measures to ensure arterial flow after DP-CAR, trusting that the collaterals between the SMA and the hepatic artery through the pancreatoduodenal arcades will be sufficient. But if a null or weak pulse is observed intraoperatively, certain technical options are available to avoid or reduce ischemia (especially hepatic ischemia), such as anastomosing the stump of the common hepatic artery and the aorta, or if there is a long distance between them, implanting a graft. These procedures are carried out in only 10% of DP-CAR (4.7).

Preoperative performance of some type of embolization of the common hepatic artery in order to reduce ischemiarelated complications is a practice that is gradually spreading. The procedure may involve the use of microcoils (safe and feasible but technically demanding), or other Amplatzer-type endovascular devices [2, 5, 6, 7, 8, 9]. These devices appear to reduce the possibility of migration, and are able to perform the occlusion on their own [7]. An additional advantage of preoperative embolization is that the angiogram performed during the procedure provides a preview of the post-surgery vascularization, confirming the existence of a connection between the SMA and the hepatic artery by the pancreatoduodenal arcades; in our case, this enabled us to perform the embolization of the pancreatic artery, which substantially increased the hepatic flow. There is currently no consensus on the appropriate time interval between embolization and pancreatic surgery. For greater safety, like other authors we prefer to perform an intraoperative ultrasound control after resection to confirm the existence of sufficient liver flow [3, 6]. The 5-year survival of DP-CAR ranges between 0 and 42% [6]; in the single-center series of Nakamura (80 cases) it was 32.7%, with a median of 31 months [5]. The best results are obtained in patients with previous chemotherapy and with negative surgical margins [5].

In conclusion, DP-CAR in combination with multivisceral resection is a complex technique with high morbidity but it may improve survival in much selected patients-

Notable technical/therapeutic features of the procedure are:

1. Chemotherapy prior to surgery and checking the progression of the disease.

3. Embolization of the common hepatic artery with occlusion device. There is no agreement on the time needed between embolization and surgery.

5. Performing an R0 should be the main objective of the surgical procedure

7. A strict follow up looking for a relapse is mandatory 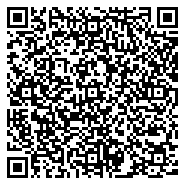