Introduction Drug-induced exanthems are commonly associated with NSAIDs, antibiotics, and anti-epileptics. Pancrelipase is frequently used for conditions resulting in pancreatic exocrine insufficiency. Published case reports of pancrelipase hypersensitivity focus on the respiratory manifestations. Case Report Here we report a case of skin hypersensitivity resulting from pancrelipase use. To further assess this association, we used a Naranjo nomogram, which determines the likelihood that an adverse drug reaction is the result of the drug itself. Our patient had a score of seven, suggesting our patient had a probably adverse drug reaction. Discussion As pancrelipase is a commonly prescribed drug, clinicians should be aware of the potential hypersensitivity skin reactions associated with pancrelipase.

Patients suffering from exocrine pancreatic insufficiency from conditions such as cystic fibrosis and chronic pancreatitis frequently experience malabsorption, dyspepsia, steatorrhea, weight loss and downstream effects of the above including, anemia, fatigue, vitamin A, D, E, and K deficiencies. Treatment for exocrine pancreatic insufficiency includes dietary management, lifestyle changes, fat soluble vitamin supplementation and pancreatic enzyme replacement therapy (PERT). One PERT is pancrelipase (delayed-release capsules branded as CREON© Abbvie Inc, North Chicago, Il, USA), a pancreatic enzyme formulation of porcine-derived proteases, amylases, and lipases that is indicated for the treatment of pancreatic exocrine insufficiency in such conditions as cystic fibrosis, chronic pancreatitis, type I and type IIIc diabetes and pancreatectomy [1]. Common side effects of pancrelipase include abdominal pain, constipation, diarrhea, flatulence, blurred vision, myalgia, and asymptomatic elevation of liver enzymes [1]. Uncommon side effects include hyperuricemia, and allergic reactions including bronchial asthma, anaphylaxis, hives, and pruritus [2, 3]. One rare complication of PERT is fibrosing colonopathy, which is seen in patients with cystic fibrosis on high doses of pancreatic enzymes [4].

The patient was a 48-year-old Hispanic male with a history of stage IIA locally advance gastric cancer status post total gastrectomy (November, 2016) and neoadjuvant epirubicin, oxaliplatin, and capecitabine, with past medical history significant for hypertension, benign prostatic hypertrophy and gastroesophageal reflux disease on omeprazole, loperamide, tamsulosin. Due to proven malabsorption syndrome on fecal-elastae-1 and clinical manifestations, he was started on pancrelipase three capsules of 24,000-76,000-120,000 units with meals in February, 2017. At that time, he was fully evaluated and found to have no food or drug allergy or personal or family history of any allergic syndromes. In September, 2017 the patient noticed a generalized rash that progressed to itchy bumps over the left leg, abdomen, and right shoulder. He was fully evaluated again at that time including history, physical and dermatology consult and it was concluded that his pruritic rash is secondary to the intake of pancrelipase. Therefore, pancrelipase was discontinued. In January, 2018 it was noted that he had a few, scattered hyperpigmented thin papules over his left lower leg and abdomen. There were no papules noted over the right shoulder as they gradually resolved with the stopping of pancrelipase. The opportunity of therapeutic re-challenge, the retaking of a suspected medication to induce a side effect, was offered to the patient, which he declined.

Cutaneous manifestations of drug allergy are variable in their degree of severity, proposed immunological cause, and clinical features [7, 8]. Cutaneous drug reactions can range from relatively benign urticara to life-threatening Stevens- Johnson syndrome and toxic epidermal necrolysis. Rates of reactions to commonly used drugs occur with a rate of 1-5% [9].Classic urticaria is mediated by IgE through mast cells and basophils (Type I immediate hypersensitivity reaction). This appears clinically as erythematous wheals that may form over hours, last days, and recur. Contact dermatitis and maculopapular exanthemas are mediated by T cells and cytokines, including IFN-y, TNF-a, IL-4, IL-5 (Type IV delated hypersensitivity reaction). These rashes usually start 5-7 days after the initiation of the drug, last 5-10 days, and can appear similar to urticaria or present as blisters, vesicles, but most frequently manifest as macules and papules. Drugs commonly causing urticaria include NSAIDs and antibiotics, while erythematous eruptions are often caused by antibiotics, anti-epileptics, and nonnucleoside reverse transcriptase inhibitors [10].

The pathogenesis of drug-induced exanthemas is usually explained through haptens [11]. Haptens are miniature molecules (less than 1 kDa in size) that are immunogenic when bound to a carrier. This haptencarrier adducts usually causes sensitization through the creation of antigenic epitopes. Drugs can either function directly as haptens or indirectly as pro-haptens, drugmetabolites that act as haptens [11]. Haptenation can induce the formation of B-1 cells to produce autoimmune IgM antibodies that initiate an effector T-cell response [11]. Haptenation can also induce the release of cytokines such as IL-1B, TNF-alpha, IL-18 from keratinocytes that activate Langerhans cells and dermal dendritic cells to migrate to draining lymph nodes and activate naïve T-cells and invariant natural killer T cells through hapten-carrier adduct presentation vi a MHC or CD1d [12]. These T-cells mediate the inflammation responsible for the rash. Migration of effector T cells is thought to be assisted by upregulation of intercellular adhesion molecule-1 (ICAM1) by keratinocytes [13]. Fixed drug eruptions, or rashes occurring in the same location upon continued exposure to the drug, may be mediated by tissue resident memory T cells [14].

The management of drug eruptions involves reviewing the patient’s medication list, allergies, consideration of alternative etiologies, and review of the history of the eruption including focusing on the timeline between exposure and onset, improvement with drug discontinuation or reactivation with re-administration, or prolonged administration risking allergic sensitization. Particular attention must be paid to the morphology of the drug eruptions. Mild, asymptomatic eruptions can be treated with discontinuation of the offending agent. If the agent cannot be discontinued, densensitization can prove beneficial. Exanthematous drug eruptions are treated with supportive measures including antihistamines, topical steroids, and moisturizing lotions. Severe eruptions often require further work-up including biopsy, skin prick or patch testing, antibody or serology testing and may warrant hospital admission [9].

There are no conflicts of interest and no financial or material support. 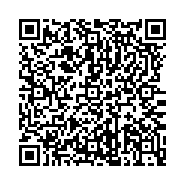