Background Pancreatico-digestive anastomosis is considered to be a delicate step after major pancreatic resection. Till date, there is no strong evidence supporting a particular anastomosis. Objective To access the outcomes following pancreaticogastrostomy and pancreaticojejunostomy. Materials & Methods 55 patients who underwent major pancreatic resection with pancreatico-digestive anastomosis from 2013 to April 2021 at two centers were included for the study. Results Demographic variables were similar between the groups. POPF occurred in 5 (22.7%) patients in PJ Group and none in the PG group (p= 0.0076), DGE in 5 (22.7%) patients in PJ group vs 1 (3.03%) in the PG group (p= 0.021). Major Morbidity (Clavein Dindo Grade III or more) was not significantly significantly different between the groups (4 patients in PJ group and 2 patients in PG group, p=0.1235). Length of post-operative hospital stay was significantly more in the PJ group than PG group (12.41 ± 4.87 days vs 9.82 ± 2.24 days, p=0.01). The incidence of re-intervention was higher in the PJ group (4 in PJ vs 1 in PG, p=0.02). The rates of re-admission and mortality were not significantly between the groups. Conclusion Pancreatico-gastrostomy appears to be associated with lower incidence of pancreatic fistula, and helps in early postoperative recovery.

Various operative and pharmacological interventions were attempted to improve the outcomes following pancreatico-digestive anastomosis. However, none of them seems to be superior over the other. These strategies included various stenting methods like internal/external stenting/ no stent [4, 5, 6]. Various types of anastomoses and pharmacological interventions are with somatostatin analogues [7], none of which has shown consistently promising outcomes. Pancreatic anastomosis was considered to be less risky in patients with a firm-hard gland and in dilated pancreatic ducts. However, the ideal anastomotic technique for soft pancreas and small duct (<3 mm) remains elusive. Over the past few years, a number of metanalyses have emerged, confirming the safety and favoring pancreatico-gastrostomy over pancreaticojejunostomy [8, 9].

This is a retrospective analysis of a prospectively maintained database of 55 patients who underwent major pancreatic resection with pancreatico-digestive anastomosis from October 2013 to till date.

55 patients underwent a major pancreatic resection plus a pancreatico-digestive anastomosis from October 2013 to March 2021. Pancreaticoduodenectomy was done in 53 patients and two cases of median pancreatectomy with anastomosis of the distal stump to the jejunum in one case and to the stomach in another case was performed. Overall, there were 22 pancreatico-jejunostomies and 33 pancreaticogastrostomies that were performed. Pylorus preserving pancreaticoduodenectomy was the most commonly performed procedure. Classical Whipple’s procedure was performed in 7 cases (5 cases of duodenal adenocarcinoma in PG group and 2 in PJ group).

Patients undergoing pancreatico-jejunostomy were compared with those who underwent pancreaticogastrostomy after a pancreaticoduodenectomy and central pancreatectomy.

Selection of the type of anastomosis was based on the first author’s discretion, where all the glands with a pancreatic ductal diameter of <3.3 mm were offered pancreatico-gastrostomy irrespective of the gland texture and those patients with larger ducts were offered pancreatico-jejunostomy. The ductal size was decided based on the ease of passage of a 10 Fr feeding tube which amounts to an external diameter of 3.3 mm.

All the pancreatico-jejunal anastomoses were performed in a duct to mucosa fashion with 4-o PDS in an end to side fashion, seromuscular sutures with 4-0 prolene (a total of four layers). Anastomotic stents were not placed in any of the cases undergoing PJ anastomosis. Figure 1b: Pancreatic sutures in place. Figure 3a: Pancreatic capsule sutures with posterior wall of stomach. Figure 3b: Stutures taken previously in pancreas are being inserted through posterior gastrostomy. Procedure specific complications were defined according to the ISGPS definitions [11, 12, 13].

Statistical Analysis: Data was entered in the Microsoft excel spread sheet ver 2013. Later exported to SPSS (Statistical Package for Social Science) version 17 (Trial). Analysis was done in both Microsoft excel spread sheet ver 2013 and SPSS. Quantitative variables were described in the form of mean and standard deviation. Qualitative variables have been described in the form of frequency and percentages. Z test was used to compare the incidence of Clavein-Dindo grades of morbidity. Fisher’s exact T test was performed to compare the morbidity of pancreatic fistula and delayed gastric emptying. Tests of significance used are independent sample t test, Chi square and Fishers exact tests. A p value of 0.05 or less was considered as statistically significant.

Age distribution in both groups is similar. There is no significant difference in the mean operating time, mean blood loss, and mean pre-operative bilirubin levels between the PJ & PG groups (Table 1).

There is no significant difference in proportions between males and females between PJ and PG groups. The mean PD diameter was significantly smaller in PG group (3.28 ± 0.06 mm in PJ group vs 2.96 ± 0.363 in the PG group, p-Value=0.001). Pancreatic texture and incidence of Preoperative Biliary Drainage was also similar between the groups (Table 1).

The incidence of postoperative pancreatic fistula was significantly high in the PJ group, in which five patients developed POPF (Grade A & B in one each and Grade C in 3 patients), compared to the PG group where there is zero incidence of POPF (p value=0.0076) (Table 3). Similarly, the incidence of delayed gastric emptying (DGE) was also significantly higher in PJ group (5 out of 22 in PJ versus 1 out of 33 in PG with a p value =0.021).

Pancreatic anastomosis is considered to be the most delicate step after pancreatico-duodenectomy and there are umpteen number of variations reported for pancreaticoenteric anastomosis. World over, pancreatico-jejunostomy is the most commonly done procedure [14] with a number of variations reported. The optimal procedure in patient with small duct (<3mm) remains elusive. We chose to perform pancreatico-gastrostomy in all patients with small ducts and tried to compare the results.

Authorities who advocate this procedure claim that, the anastomosis is tension free, has well maintained vascularity and the risk of pancreatic enzyme activation is minimized. Though there is a theoretical disadvantage that, as the enzymes get inactivated in the acidic milieu of stomach, leading to pancreatic exocrine insufficiency (PEI), there is no significant difference in the incidence of PEI after PJ vs PG [20].

Yeo C.J et al. in 1995 came up with the first RCT (21) comparing PG versus PJ after PD and found no significant difference in terms of POPF. Following the first RCT, there were 10 other RCT’s published from 2005- 2016 [11, 22, 23, 24, 25, 26, 27], with mixed results, most of them favoring PJ over PG. In 2017 Cochrane analysis [28] included 10 RCT’s and could not find significant difference in terms of POPF, length of stay, reintervention & mortality between PJ & PG and this analysis concluded that there is no reliable evidence to support the use of PJ over PG. One of the largest non-randomized studies including 424 patients [29] had concluded that there is no statistically significant difference between PG & PJ in terms of incidence of overall pancreatic fistula. However, the incidence of Grade A fistula was more in the PG, but as per the latest ISGPS definition, it is a biochemical fistula with benign postoperative course. Most of these studies have also noticed that the morbidity caused by a pancreatic fistula after a pancreatico-jejunostomy is much worse when compared to that caused by a pancreatico-gastrostomy.

The limitations of our study were the low volume, its retrospective nature and the comparision between two different sets of patietns i.e, PG in patients with smaller diameter and PJ in patients with larger diameter pancreatic ducts. We retrospectively compared the outcomes after PG and PJ. We decided to perform a pancreaticogastrostomies in all the patients with undilated ducts irrespective of the pancreatic texture. We have not come across a single case of pancreatic fistula following the pancreatico gastrostomy technique. We had 2 deaths one in the PG group and one in the PJ group within in the first four postoperative days (both of them were not due to pancreatic fistula. Another limitation of our study is the performance of drain fluid amylase estimation on the fifth postoperative day, which can miss Grade A fistula. However, we know that these fistulas are Grade A with less clinical significance. The incidence of delayed gastric emptying was also significantly more in the PJ group. Using stomach for a pancreatic anastomosis did not prevent early initiation of oral feeds. All the major morbidity in the PJ group requiring re intervention was a consequence of pancreatic fistula, which was significantly higher when compared to that in the PG group. Overall morbidity (patient with a complication of Grade III or higher as per Clavein-Dindo’s classification) was not significantly different between the groups. Postoperative length of hospital stay was significantly higher in the PJ group compared to PG group. 22 patients were available for follow up (7 in the PJ group and 15 in the PG group) with a median follow up duration of 45 months in the PJ group and 36 months in the PG group. In the longterm, 3 patients in the PJ group developed pancreatic exocrine insufficiency (PEI) whereas only one patient in the PG group developed PEI. Despite the fact that the pancreatic enzymes are inactivated in the gastric acid milieu in patients with pancreaticogastrostomy, the concern of development of long-term PEI remains hypothetical. Our observations are in concordance with the available level 1 evidence on PEI following pancreaticoduodenectomy [22, 23, 30]. Based on these findings, we believe that if PG is working well in small ducts, it would work well in the PJ group too who leaked inspite of dilated ducts.

Pancreatico-gastrostomy appears to be associated with lower incidence of pancreatic fistula, lower overall morbidity and helps in early postoperative recovery. 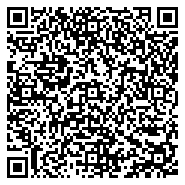