Pancreatic Steatosis: What Should Gastroenterologists Know?

When hyperechoic pancreatic parenchyma is observed on endoscopic or transabdominal ultrasound, fat infiltration of the pancreas is suspected. This condition was first reported by Ogilvie in 1993 and is termed fatty pancreas, pancreatic lipomatosis, non-alcoholic fatty pancreas, or pancreatic steatosis. Diagnosis of this condition mostly relies on imaging tools such as magnetic resonance imaging, computed tomography, or ultrasonography rather than histology. Although the condition is rare, it has clinical significance. There are multiple hypotheses regarded the etiology of this condition, listing factors such as viral infections, toxins, and congenital syndromes as possible causes. Metabolic syndrome and diabetes mellitus correlated with this condition. However, other etiologies should also be considered to aid specific treatment. In addition to a correlation between pancreatic steatosis and metabolic syndrome, relationships between pancreatic steatosis and worsened severity and prognosis of pancreatic cancer, increased complications after pancreatic surgery, and acute pancreatitis were reported. Gastroenterologists should be well informed about this condition for better care of these patients.

Multiple terms have been used to describe fat accumulation in the pancreas, such as pancreatic steatosis, fatty pancreas, pancreatic lipomatosis, fatty infiltration, lipomatous pseudohypertrophy of pancreas, and non-alcoholic fatty pancreas (NAFP). Gastroenterologists should be informed of this condition and its clinical correlations. Here, we review the literature regarding this pancreatic condition in terms of epidemiology, characteristics in imaging studies, etiology, clinical significance, and clinical correlation including treatment and prevention. This condition was first reported in 1993 by Ogilvie [1] who revealed that a higher incidence of fatty pancreas was observed in obese compared to lean cadavers (17% vs. 9%, respectively). Up to the present, the true incidence of fatty pancreas was still unclarified, however, there were only two studies from Choi CW et al. [2] and Seppe PS et al. [3] demonstrate as high as 27.8-46% of the patients who underwent EUS evaluation for some other reasons who had the evidence of hyperechogenic pancreas. While Wong VW et al. reported that 16.1% of Hongkong-Chinese population had pancreatic steatosis(cut-off level at higher than 10% of pancreatic fat infiltration which diagnosed by Fat-water MRI technique) [4]. There have subsequently been many clinical and basic science studies published regarded this condition. A PubMed-library based search , restricted to only human studies available in English articles, was carried out for the period between 2005 and December 2014 . The following individual and combined keywords were used: fatty pancreas, pancreatic steatosis, pancreatic fat infiltration, pancreatic lipomatosis, non-alcoholic-fatty pancreas, NAFP. The referenced obtained from the articles’ citations were also reviewed for other potential sources of information. From a total of 958 articles , only 94 related articles were obtained. All the case report and case series, retrospective cohort studies, cross section and prospective studies which all the abstracts and a total of 72 full text manuscripts were reviewed. Figure 1 shows the diagram for demonstration of the review process [5]. 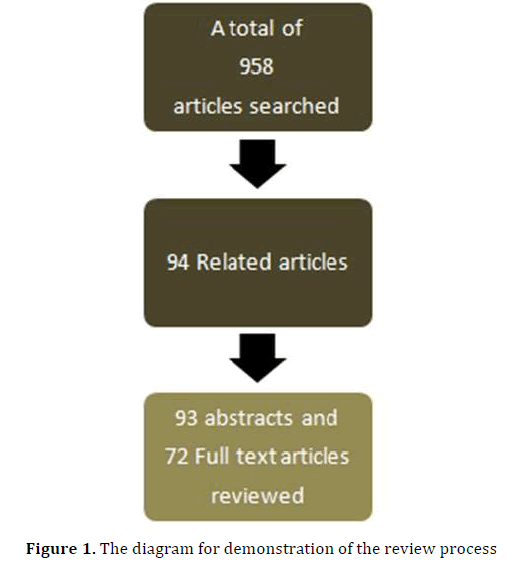 Figure 1. The diagram for demonstration of the review process

Most of the patients who had pancreatic steatosis or fatty pancreas were asymptomatic. They were diagnosed by abnormal imaging studies of the pancreas. Only a handful of case reports presented with pancreatic bulging or mass-like lesion or abnormal pancreatic imaging studies after surgery such as pancreatic transplantation or chemotherapy. There is no gold standard for histopathological diagnosis of fatty pancreas due to limited tissue acquisition and few studies in living patients. Therefore, the diagnosis of pancreatic steatosis mainly depends on noninvasive imaging studies using transabdominal ultrasound (US), computed tomography (CT), magnetic resonance imaging (MRI), and recently, EUS. The typical fatty tissue characteristic revealed by US is diffuse hyperechoic pancreatic parenchyma when compared to the kidneys. However, if the ultrasonographer would conclude that hyperechogenic pancreas found on transabdominal ultrasonography were all fatty pancreas, they might be wrong. Gullo et al. [6] reported , a small study of 9 patients, that none of the patients who had hyperechogenic pancreas from ultrasound was found to have more fat infiltration in the pancreas when using a regular MRI technique( which in the authors opinion it was also not very sensitive). While hypo-attenuation signal intensity of the pancreas when compared to the spleen on a CT scan can also indicate pancreatic fat accumulation. To our knowledge, MRI is considered the most accurate , noninvasive, method to identify fat accumulation in visceral organs, but there are also other techniques which are more sensitive for detection of fat component in the tissue including T2-weighted imaging which shows prominent reduction in signal intensity of the fat replacement of pancreas in opposed - phase MR imaged [7], chemical shift imaging [8], fat-water MRI, and study of iterative decomposition with echo asymmetry and least squares estimation(IDEAL technique)[4-6], a spectral-spatial excitation technique, which combines chemical shift selectivity with simultaneous slice-selective excitation in combination with another technique based on double-echo chemical shift gradient-echo MR provides in- and opposedphase images simultaneously [9]. All these MRI techniques were all developed for early and accurate diagnosis of fat within internal organs. The definitive diagnosis of pancreatic steatosis is histopathology which usually acquired from post mortem or surgical specimens. The histopathology of pancreatic steatosis showed localized or diffused replacement of pancreatic parenchyma by mature adipose tissue[10]. Altinel and Yasuda et al. [11, 12] reported a rare condition of mass-like fat infiltration, which could be missed diagnosis as pancreatic cancer, called Lipomatous pseudohypertrophy of pancreas.

More than 90% of population would have less than 5% of fat infiltration in pancreas [13]. The etiology of pancreatic steatosis varies from congenital related to acquired conditions. However, it can be classified into 4 groups: 1) obesity and metabolic syndrome; there are some clinical studies [2-5, 14] regarded the patients who were diagnosed as fatty pancreas from endoscopic ultrasound, MRI or CT scan which demonstrated that high body mass index(BMI) and metabolic syndrome were associated with fatty pancreas (Odd Ratio(OR) 1.05-3.13 while non alcoholic fatty liver showed a 14-fold correlation with pancreatic steatosis [15]. 2) congenital syndromes such as cystic fibrosis, Shwachman–Diamond syndrome(which was a rare autosomal recessive disorders characterized by association of pancreatic exocrine insufficiency ,due to fat infiltration and atrophy, bone marrow dysfunction and skeleton abnormalities) [16-20], and Johanson–Blizzard syndrome(a rare genetic disorder characterized by short stature, mental retardation, pancreatic insufficiency, sensorineural hearing lost, hypoplatic nasal alae, scalp defect and dental abnormalies) [21, 22]. 3) toxic agents and medications such as steroid therapy and gemcitabine chemotherapy which all of these medication related cases were reported case only [23-25] , and 4) other rare causes such as reoviral infection [26], human immunodeficiency virus infection that could cause pancreatic steatosis through a combination of malnutrition-related and viralrelated effects, and chronic hepatitis B infection [27]. A summary of etiologies of pancreatic steatosis are provided in Table 1.

The prevalence of NAFP was reported to be around 16% in Hong Kong Chinese population [4]. There was a statistically significant correlation between NAFP and non-alcoholic fatty liver disease (NAFLD) (odds ratio [OR]=2.22; 95% confidence interval [CI], 1.88–2.57; P<0.001), central obesity (OR = 2.16; 95% CI, 1.85–2.52; P<0.001), age (OR = 1.05; 95% CI, 1.04–1.05; P<0.001), hypertriglyceridemia (OR = 1.32; 95% CI, 1.13–1.55; P=0.01), aspartate aminotransferase and alanine transaminase level elevation (OR = 1.29; 95% CI, 1.13–1.70; P=0.02), and diabetes mellitus (DM) (OR = 1.59; 95% CI, 1.30–1.95; P<0.001). Data suggest that fat accumulation in the pancreas may lead to similar processes as in non-alcoholic steatohepatitis (NASH). Patel et al. demonstrated in 2013 [28] that higher pancreatic fat content correlated with a higher grade of hepatic steatosis in patients with biopsy-proven NAFLD, but did not correlate with body mass index (BMI) or DM. This study also demonstrated no difference in the distribution of fatty content among the pancreatic portions (head, body, and tail). Although pancreatic steatosis was reported as a clinical manifestation of metabolic syndrome (Figure 1), other research indicates that this condition might lead to beta-cell dysfunction, causing DM. There was a significant difference between ethnicities (Hispanic > African American > Caucasian) in the correlation between pancreatic steatosis, which detected by triglyceride droplets in the cytosol of non-adipose cells in the pancreas via positron emission scan, and beta-cell dysfunction and compensatory insulin secretion. This correlations could be used as a predictor for development of type 2 DM (prediabetic state) [29].

Mirarrakhimov [30] proposed that obstructive sleep apnea might predispose individuals to develop fatty pancreas, which correlated with the etiology of metabolic syndrome and DM, and was related to a greater risk of cardiometabolic disease. Apart from metabolic-related changes associated with pancreatic steatosis, patients with NAFP had an increased risk of developing severe, acute pancreatitis when pancreatitis occurred from any cause.

Mathur et al. published in 2009 [32] a case controlled study of 20 lymph node-negative and 20 lymph nodepositive pancreatic cancer patients whose other factors such as age, BMI, gender, tumor size, resection status, and co-morbidity were matched. The study showed that significantly more patients in the node-positive group than the node-negative group had fatty pancreas (46.4±8.7 vs. 21.4±4.8; P<0.02). Patients in the node positive group also had less fibrosis than node-negative patients (1.7±0.3 vs. 2.7±0.3; P<0.02). The mean survival was also reduced in the node-positive compared to that in the node-negative group (18.9±2.7 months vs. 30.8±4.8 months; P<0.04). The hypothesis was that pancreatic steatosis altered the tumor microenvironment, enhanced tumor spread, and contributed to early death of the pancreatic cancer patients.

However, the data regarded natural history of pancreatic steatosis is still unknown due to lack of supportive evidences.

As mentioned above, Erwin-Jan et al. demonstrated a correlation between NAFLD and NAFP (both interlobular fat infiltration and total pancreatic fat) from material collected from 80 patients postmortem. There were some evidence demonstrated that chronically increase in level of plasma nonesterified fatty acid and triglyceride-riched lipoprotein impaired beta cell function and lead to apoptosis(lipotoxicity process) in the animal model, it is still inconclusive in human studies [36]. Since NAFLD is well known and presents clinical concerns [37-41], we summarize the clinical manifestations and clinical significance of these two conditions in Table 2. Treatment of fatty pancreas depends upon the etiology. If the etiology is identified and found to be correctable, it may help reduce pancreatic fat infiltration. General lifestyle modifications such as weight reduction, exercise, or dietary restrictions can improve patients with metabolic syndrome. However, there is no specific treatment for fatty pancreas. In some particular patients such as the patients who undergo pancreatic surgery, the higher risk of fistula formation should be aware by the surgeon.

Pancreatic steatosis is a common, benign pancreatic condition observed in clinical practice. Clinical knowledge of this condition is essential for gastroenterologists to be able to care for their patients. Identification of the exact etiology and correction would help reduce pancreatic fat infiltration.

A large cohort study should be conducted to definitively determine the clinical significance of pancreatic steatosis, its correlation with metabolic syndrome and DM, and its association with pancreatic cancer risk. Potential treatments such as lifestyle modification, weight reduction, and medications used in NAFLD should be investigated.

The authors had no conflicts of interest