A Retrospective Study of a Case with Pancreatic Lipoma

Introduction Pancreatic Lipoma is one of the rare benign mesenchymal tumors representing 1 to 2% of all pancreatic tumors and should be differentiated from liposarcoma, teratoma and focal fatty infiltration. Case Report A 54-year-old female was found to have an incidental finding of a well-defined 1 cm homogenous mass in the junction of body and tail of pancreas during a routine Computed Tomography scan for a nonspecific abdominal pain and constipation. The lesion was of a low density (-50 HU) consistent with fat. Subsequent Magnetic Resonance Imaging revealed a well-defined homogenous mass with a measurement of 1.0 × 0.7 cm with high signal intensities in both T1 and T2 weighted sequences and fat suppression in fat suppressed sequences confirming the fatty nature of the lesion. Therefore, a diagnosis of pancreatic lipoma was made based on the signal characteristics of the lesion. Conclusion Pancreatic lipoma has characteristic features on diagnostic imaging modalities and biopsy to confirm the diagnosis is rarely needed.

Pancreatic lesions originate usually from epithelial, mesenchymal or non-ductal tissue. Tumors of epithelial origin account for most pancreatic lesions, with adenocarcinoma seen in almost 85% of the cases. Mesenchymal tumors, on the other hand, only comprise about 1 to 2% of all pancreatic tumors, including fatty originated neoplasms of which Pancreatic Lipoma (PL) is considered as one of the rare variants [1]. Differential diagnosis of PL extends to include benign and malignant fat containing masses such as liposarcoma, teratoma, fibrolipoma, malignant fibrous histiocytoma, lipomatous pseudo-hypertrophy and focal fatty infiltration [2]. It also includes fatty replacement of the pancreas which is seen in cases of chronic pancreatitis, obesity, alcoholic hepatitis, cystic fibrosis or diabetes mellitus [3]. We describe a retrospectively analyzed case with PL (body and tail junction) incidentally discovered in a female patient underwent CT scan for nonspecific abdominal pain.

A 54-year-old female, not a known case of any medical illness, presented to the general surgical clinic with a history of chronic abdominal pain and constipation that started five months back. The pain was vague in nature and central in location. On physical examination, she was vitally stable; abdomen was soft and lax with no other significant findings. A CT scan of abdomen and pelvis with intravenous contrast was requested to rule out intraabdominal pathology. The patient was scanned with 128 single detectors Somatom, Simens scanner with 2 and 5 mm slice reconstruction. Imaging of the abdomen and pelvis was performed after the intravenous injection of 100 mL of Omnipaque (300 mg l/mL) contrast solution. The CT scan showed a small well-defined homogenous lesion of fat density (-50 HU) seen in the body and tail junction of the pancreas, with a measurement of 1 cm with thin internal septations (Figure 1). The distal part of the pancreatic body and tail appeared bulky and measured to be about 4 cm. However, a homogenous normal parenchymal density with no definite focal lesion was observed. No infiltration of the peri-pancreatic fat tissue was seen. The pancreatic duct appeared prominent. MRI abdomen was performed for further assessment of the bulkiness of the distal pancreatic body and tail as well as the pancreatic lesion. Multiplanar, multisequential MRI sequences of the abdomen were performed using Magnetom, Siemens 1.5 tesla. Dynamic post contrast sequences were performed after the intravenous injection of 10 mL gadolinium contrast. The MRI showed normal pancreatic parenchymal signal intensity with homogenous enhancement. Moreover, it re-demonstrated the lesion that had been seen on CT scan at the junction between body and tail of pancreas. The lesion is oval in shape, well defined, and with a measurement of 1.0 x 0.7 cm. The lesion appeared hyper-intense in both T1 and T2 weighted sequences with suppression of its signal in both T2 fat suppression sequence and chemical shift sequence. MRI also showed an incidental 1.0 x 1.3 cm intra-pancreatic accessory spleen at the pancreatic tail which had not been clearly delineated on CT scan. Another accessory spleen was seen anterior to the spleen.

A 0.5 cm focal dilatation of the proximal pancreatic duct was seen within the head and the proximal body. This dilatation was attributed to focal duct ectasia as no definite obstructive cause was identified. No peri-pancreatic fat stranding was noted and the CBD was not dilated. A diagnosis of intra-pancreatic lipoma was made on the basis of the lesion signal characteristics (Figure 2 and Figure 3). Due to the clinical presentation and the lesion size, no biopsy was needed for confirmation and the patient was treated conservatively. No follow up imaging studies were requested for the patient.

PL was firstly described on CT by Bigard et al. [4] and since then CT imaging has increasingly been used as the definitive diagnostic imaging test for PL detection. Although several cases have been surgically excised or histologically confirmed, reports in literature imply that histological confirmation is invasive and unnecessary, given the stability and characteristic picture of the lesion on imaging studies [5, 6, 7, 8]. Nevertheless, clinical presentation remains the guide on how to manage the case whenever duct obstruction, hemorrhage, or malignancy are encountered or suspected [7, 9, 10].

Histologically, PL is described as an encapsulated lesion that is separated from the pancreatic parenchyma and peri-pancreatic fat tissue by a thin collagen capsule, composed of mature adipocytes that is characterized by a large fat droplet and eccentrically placed small nuclei with no atypia [6, 8]. It has been proposed by Hois that lipomas in the head and the neck of pancreas could be the result of a trapped retroperitoneal or mesenteric fat between ventral and dorsal buds during embryonic fusion [2]. Given the fact that ventral bud of pancreas is the precursor for pancreatic head and neck, this theory would justify the PL found in the pancreatic head, but unfortunately does not explain the PL found in the pancreatic body and tail.

During embryogenesis, the spleen arises from the left side of the dorsal mesogastrium, the rotation of which could result in the deposition of splenic cells in aberrant locations, making seeds for an accessory spleen. These locations include the hilum of spleen (75%) and the tail of pancreas (20%). The typical location for an intrapancreatic accessory spleen should not be more than 3 cm from the tail and it is unlikely to be an accessory spleen if it was closer to the body of pancreas. Blood supply for these accessory spleens is derived from the splenic vessels, which explains why the accessory spleen shows similar enhancement characteristics to the spleen in pre and post contrast sequences. Usually it appears as solitary or multiple solid enhancing masses that might be surrounded by fibrous capsule with a measurement of 1.1 to 2.5 cm, although 4 cm or larger accessory spleens can be found in cases of enlargement of the spleen, which could be attributed to a certain hematological disorder. Intra-pancreatic accessory spleen can be either found on the outer surface or embedded within the tissue of the pancreatic tail as in our case [11, 12, 13].

CT diagnostic criteria for PL are depicted as an intraparenchymal, homogenous, well-defined lesion that is independent from the surrounding parenchyma and peri-pancreatic fat tissue by a thin capsule [2, 14]. The lesion is low in density which is equivalent to the intraabdominal and subcutaneous fat tissue (-50 to -100 HU). Thin interlobular septations of connective tissue and few scattered vessels can be seen with no central or peripheral contrast enhancement [15]. This criterion is believed to be sufficient to make the diagnosis of PL as per literature.

On MRI, PL appears as a hyper-intense, homogenous mass that shows iso-intensity with intra-abdominal fat tissue on both T1 and T2 weighted sequences with no contrast enhancement and appears homogenously suppressed on fat suppressed sequences [16, 17].

If any of the malignancy indicators (male sex, larger mass, inhomogeneous lesion, calcification, thick septa or infiltrative growth) was present [1], liposarcoma must be suspected. Among subtypes of liposarcoma, welldifferentiated type is the most common, and due to its fat content and the fact that it is a slowly growing lesion, it may appear as a lipoma. However, liposarcoma has thicker, irregular, and nodular septa that may show mild enhancement post contrast administration [1, 18]. The other types of liposarcoma, such as myxoid, pleomorphic, and round cell liposarcoma, are relatively less common [18].

MRI has a sensitivity of 100% and a specificity of 83% in the detection of well-differentiated liposarcomas, while a specificity of 100% can be achieved in the detection of PL according to Gaskin CM [19]. Compared to MRI, CT scan seems to be more cost effective and sufficient, but if the measurement of the density of small lesions (<0.5 cm) by CT is not possible, MRI would be preferred to confirm the diagnosis.

Being an incidental finding, PL is mostly detected during abdominal CT scans requested for various clinical conditions. Often, it is detected during an abdominal U/S, which is an operator dependent imaging modality and some limitations such as bowel gas layers can be encountered. U/S shows the PL as a well-defined, solid, homogenous, hypoechoic lesion, and these findings suggest the diagnosis. However, hyper-echogenicity and heterogeneity were reported in literature [5, 18, 20].

The role of Positron Emission Tomography (PET) in diagnosis of PL is not very clear in literature. Nevertheless, radiological findings of PL in the cases that were scanned with PET showed no uptake of the injected radiotracer flourine-18-fluorodeoxyglucose which has a fat tissue behavior [2].

Through literature review, 36 articles dated between May 1989 and December 2017 described 157 cases of PL (72 M, 83 F) showing slight female gender predominance. As per Hois, the incidence of the PL is 0.08% [2]. However, due to the increasing number of cases after several retrospective analyses, [1, 2, 17, 21, 22, 23, 24, 25] it is believed that PL is more prevalent than what has been reported. Recently, Seventy-four cases diagnosed with PL has been reported in a single institution by Butler [25], and this non-prevalence of reporting is assumed to be due to the benign nature of the lesion, which makes the cases follow ups less urgent. Over a period of 1 -61 months, eighty cases in literature have been followed with imaging studies and the PL have been found to be stable in size and morphology, apart from one case [25] in which a complete resolution has been observed. Nevertheless, morphological changes have been detected by Lee [7] and Kawahata [26] showing gradual increase in size of the PL from 9.0 to 10.5 cm in duration of 3 months, and from 0.8 to 1.8 cm throughout seven years annual follow up, respectively. In Lee JY case, surgical intervention was inevitable as the imaging studies were not conclusive due to the lesion focal enhancement seen on CT, besides the increase in size, which made the intervention imperative. In 2017, a misdiagnosis of PL was reported by Atalar When enhanced thin section abdominal CT revealed a continuity of the pancreatic fatty lesion with the peri-pancreatic fat, shifting the diagnosis to a pancreatic fatty cleft [14].

To our knowledge, there are no cases in literature reported to document an aggressive behavior of PL. However, documented changes in morphology drive our concern towards the necessity of follow up for PL, especially if it is located near the duct or vessels for fear of compression. Papavramidis [27] recommended that radiologic monitoring is necessary every 6 to 12 months with U/S and every 2 to 5 years with CT to ensure the stability of the lesion [28, 29, 30, 31, 32]. PL is mainly asymptomatic and has a silent clinical progress with good prognosis; however, symptomatic patients will be managed differently and interventional histological and surgical measures could be considered [33, 34, 35, 36, 37, 38].

Lipomas of the pancreas are believed to be more prevalent but less reported mesenchymal tumors. They are diagnosed incidentally as encapsulated, homogenous, fatty masses on radiological studies. CT and MRI are definitive diagnostic imaging studies, and biopsy to confirm the diagnosis is rarely needed. Conservative management is recommended in asymptomatic patients, however if malignancy was feared, further intervention must be considered. 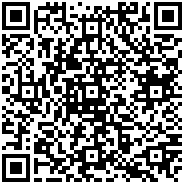