According to global report on diabetes by world health organization 1.5 million deaths were directly caused by diabetes in 2012 [1]. More than 8% of total health budget is spent on diabetes [2]. Beside this secondary complications from diabetes involve a number of micro and macro vascular complications such are diabetic nephropathy, neuropathy, and retinopathy [3, 4, 5]. End stage renal disease is one of the most significant complication from diabetes [6]. Data received from 54 countries suggested that at least 80% cases of end-stage renal disease (ERSD) are because of diabetes , hypertension or a combination of both hypertension and diabetes [7]. Although after the discovery of insulin in 1922, prognosis of diabetes was shifted from lethal to a chronic disease, still it just delays the progression of secondary complications. Today pancreas transplantation is the most reliable treatment to establish normal glucose levels [8] in patients with type 1 diabetes [9, 10, 11]. Improve quality of life by restoring endogenous insulin secretion and prevention from secondary complications [12, 13, 14]. In the end, it also minimize the risk of hypoglycemia in patients with type 1 diabetes [15].

Pancreas transplantation was for the first time performed in December 1966 by William Kelly and Richard Lilleheiat the university of Minnesota, where they transplanted pancreas along with kidney to treat a diabetic uremic female patient and managed to get rid from exogenous insulin for 6 days and later this transplant was rejected [16]. In China pancreas transplantation was performed for the first time on the 22nd of December 1982 [17].

With the improvements in immunosuppressive treatment, surgical technique and preservation of organs, in the successive 1980’s period, there was a significant improvement in pancreas transplantation resulting in an increase in the number of transplants [18, 19].

There are 3 methods of solid organ and pancreas transplantation. The first and most performed is where pancreas transplantation is carried out at the same time with kidney, also known as simultaneous pancreas and kidney transplantation (SPK). It is a long surgical procedure. It is treatment of choice for the patients with type 1 diabetes suffering from end stage renal disease [20]. Basic reason for SPKT being common is that the patients are already on immunosuppressive therapy along with the fact that a minor risk of surgical procedure addition benefit can be obtained.

Overall percentage of pancreas transplantations performed is 80% SPK, 15% PAK while PTA are 5% [25].

Procurement of pancreatic graft is done along with other multiple intra-abdominal organs transplantation. This surgery is executed with a unique technique along with liver en bloc [26]. Performed in three steps, first of all dissection is done with intact circulation, then organs are cooled in situ with IV transfusion and heparinized (after that liver and pancreata are recovered together while intestines are removed separately) [27, 28]. In the third step organs are prepared for transplantation on back table surgery pancreato-duodenal graft is isolated by removing spleen, (for pancreatic exocrine secretions) and the duodenal segment shortened. What will follow is the suture and invagination of duodenal borders , mobilization of portal vein and vascular Y graft reconstruction. After removal, pancreata and other vascular grafts must be immersed in Belzer-UW solution.

Exocrine drainage of pancreatic graft is always a debate between transplant surgeons and this lead to a large number of variations in the expletation of the surgey, all over the years.

Bladder drainage of exocrine secretions systemic bladder technique was very common during 1980s [30]. With this technique donor duodenum is anastomosed to viseral dome by using a 2 layered hand sew dn technique or a circular stapled [31]. This technique is safe, sterile and easy to perform. There are two major advantages of this technique. First one is that, bladder-duodenal anastomosis leakage can be managed by urinary catheter [32] and urinary amylase. Second one, that Insulin can be measured as an important indication for early graft rejection [33, 34]. On the other hand there are also a number of complications like reflux pancreatitis, urinary tract infection and haematuria, all associated with bladder drainage due to bicarbonates lose [35].

With this technique duodenum of donor is anastomosed with bowel of recipient (proximal jejunum or distal ileum). Gastric and duodenal drainage are also used [36, 37, 38]. Anastomosis is stapled in a linear fashion [39], with a circular device [40] or hand sewn. A number of urinary tract complications were reported with bladder drainage caused by non-physiological drainage of pancreatic enzymes into the urinary tract [41]. Surgeons report enteric drainage much safer as compared to bladder drainage [42, 43].

SRTR data show that trend for induction therapy has shifted towards T-cell depleting induction agents, such as alemtuzumab and thymoglobulin instead of interleukin-2 receptor antagonist like basiliximab [53]. Corticosteroids management and steroid free immunosuppression has been at the center of the debate, in recent years. As corticosteroids are major cause for post-transplant,hyperglycemia, hyperlipidemia and hypertension increase cardiovascular risk in recipient [54]. UNSO database showed that there is an higher evolving risk of infectious complications with steroid maintenance therapy as compared to steroid free therapy [55]. In 2000 mTOR inhibitors were introduced for immunosuppression of pancreatic transplantation [56], such as Everolimus and sirolimus ,both found to be effective and SPKT particularly to avoid renal complications and an alternative for MMF to reduce complications caused by MMF such as leucopenia and GI toxicity. Costimulatory blockade agents like Belatacept are least for immunosuppression of pancreatic graft recipient. In the 50-year-history of pancreas transplantation, researchers were unable establish a gold immunosuppressive regimen standard.

Technical failure is the primary complication for a graft failure within the first three months after transplantation, vascular thrombosis account for half of the pancreatic graft lose [57] that is: 50%, pancreatitis 20%, infections 18%, fistula 6.5% Bleeding accounts for 2.4% for total pancreatic graft failure [58]. The risk factors associated with surgical complications are: age factor( aging more than 45 for donor or recipient) and cold ischemia lasting more than 24 hours [59]. Medical history of recipient also play an important role in survival of pancreatic graft. About 10-25% pancreatic transplant with bladder drainage of exocrine secretions need to be converted to enteric drainage [60]. Enteric drainage( intestinal leakage) is one of the significant postoperative complication observed in 5-8% of graft, treated by removal of pancreatic graft [61]. Even though there are advancements in immunosuppression and antibiotic therapy, infections still are the major cause for mortality and morbidity in pancreas transplantation. An early detection of infectious agent and etiology of infection can be helpful to improve graft survival.

Pancreas transplantation is the most effective treatment for diabetes. Better surgical method can be chosen to minimize the surgical complications with enteric or bladder drainage. Advancement in immunosuppression improved life after transplantation. There is an improved quality of life in uremic diabetic patient.

Authors report no conflicts of interest. 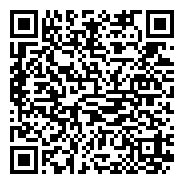