Out of the healthcare crisis

W Edwards Deming’s Out of the Crisis, was first published almost three decades ago.It was a bestseller and remains a classic text written by one of the foremost quality improvement experts of the 20th century. It is a book which certainly warrants re-examination in light of today’s challenges for health care. This discussion paper reviews what Deming can teach us about causes of failure in management, including health care, what can be done to remedy them and how to avert problems in future.

Healthcare systems in the UK and many other West-ern countries face an unprecedented crisis: the chal-lenge of maintaining or increasing the quality of care in the face of reductions in spending. W Edwards Deming’s Out of the Crisis,[1] first published almost three decades ago, was a bestseller and remains a classic text written by one of the foremost quality improvement experts of the 20th century. It is a book which certainly warrants re-examination in light of today’s challenges for health care as a consequence of economic woes. What, if anything, can Deming’s text teach us about the problems of health care, what should be done about them and how might similar difficulties be averted in future?

Deming studied electrical engineering and then mathematics. He worked as a statistician in the USA before his work in post-war Japan. An important aspect of Deming’s work was the use of statistical thinking and statistical process control (SPC). He learnt about the technique from its originator, Walter Shewhart at Bell Laboratories,[2] but was able to see how these concepts could be applied to management pro-cesses beyond manufacturing. He was also able to explain the application of SPC in a way that was more accessible to a wider audience.

The crisis for which Deming was seeking a solution was the failure of post-war American industry – this despite the obvious advantage that the USA had secured following the Second World War. The solutions he proposed were those that he, Joseph Juran and other giants of quality improvement had devised and im-plemented in Japan in the 1950s, resulting in the transformation of post-war Japanese manufacturing. In the preface to Out of the Crisis, Deming argued that only transformation of management would lead to the required improvement, a transformation involving learning how to change, understanding the ‘diseases’ or barriers endemic in the system and knowing how to achieve a cure. Nowadays, innovation is put forward as a panacea for maintaining or improving quality at lower cost, despite a lack of evidence for innovation in itself as the answer.[3] In fact, Deming saw innovation as only one component of a set of overarching principles for improvement, and the innovation which he maintained was essential was process improvement.

Deming achieved cult status in Japan, but it took longer for his ideas to take hold in other countries and other settings. Deming wrote that, ‘Eventually quality improvement will reach not only ... production of goods ... but the service industries ... hospitals, medical service ... as well’, but the concepts have been slow to be embedded into health despite efforts since the 1980s by organisations such as the Institute for Health Im-provement (IHI: www.ihi.org/ihi) in the USA and more recently by the NHS Institute for Improvement and Innovation in the UK (NHSIII: www.institute.nhs.uk).

Deming stated that all production constituted a sys-tem and that improvement required design and redesign of the system based on what was valued by consumers: I have adapted Figure 1 in his book for health care. The consumer in this case meant patients and carers, but the term could be extended to other providers where the pathway of care is interrupted, for example where secondary care is providing a service to primary care or vice versa.

Deming argued that rather than quality and pro-ductivity being trade-offs, improving quality would lead to greater productivity, less ‘rework’ (i.e. having to redo something which was poorly done in the first place), reduced waste and lower costs. Deming realised that poor quality was costly in terms of rework, defects and the costs of putting things right. He explained that innovation was not about new equipment or the latest fad but about improving the processes at work.

To achieve improved processes required a set of prin-ciples for transformation. The principles are explained in more detail in Box 1 but are in essence: supporting teamwork through leadership focused on a long-term notion of quality (1–3); developing long-term rela-tionships between consumers and providers (4); im-plementing leadership training and in-work training to improve quality (5–7); reducing fear (of failure), breaking down barriers between departments and eliminating arbitrary targets (8–11); reducing barriers to improvement, abolishing annual performance related pay, replacing this with education and transforming everyone’s job (12–14).

Some of these principles have found their way into health care but others have yet to do so. The import-ance of teamwork and leadership for quality improve-ment is prevalent in health service thinking,[4,5] and team-based interventions have been successfully used as the basis for improvement efforts.[6,7] Although notions of what quality is have become more established – i.e. safe, accessible (timely), effective, efficient, equitable and patient centred[8,9] – what this means in practice for patients with specific problems is often less well understood.

Relationships between patients and providers and between different parts of the health system have become more fragmented with marketisation and development in the UK of additional primary care services such as NHS Direct, walk-in centres and out-of-hours provision, as well as the expansion of sec-ondary care providers such as independent treatment centres. Leadership, and particularly clinical leader-ship, is seen as important, and there has been con-siderable development of programmes to support this in recent years. However, despite pockets of activity, quality improvement training and expertise has been slow to be adopted in health services.[10] In recent years there has been a greater expansion of short-term, often arbitrary targets linked to annual pay,[11] at the expense of a focus on education, systems thinking and trans-formation. A prime example of this is the Quality and Outcomes Framework which in its current structure is the antithesis of what Deming would have advised.[12]

Deming characterised failure to adopt the principles for transformation as the ‘Deadly diseases’ (Box 2). Many of these features are rife in today’s NHS which undergoes constant ‘radical’ reorganisation by suc-cessive governments rather than focusing on long-term objectives. Deming did see quality improvement as being applicable to service industries such as health care, but at the time he wrote Out of the Crisis he saw a number of barriers to such ideas being spread more widely in health care, not least the resistance of the healthcare professions to being evaluated. This is a situation which has changed dramatically in recent years. An important rider to applying these concepts in health systems is that some variation is inherent in the different presentations of disease, differences between patients and disparities of choice between individuals.[13]

Deming showed how using a simple run chart of frequency against time and applying statistical rules to the interpretation of the chart can lead to a funda-mental understanding of systems. He demonstrated that run charts can graphically portray the variation in a system and showed how common cause (natural or random) variation which is inherent in a stable system can be differentiated from special cause variation which requires an explanation. Run charts and control charts are increasingly being used in healthcare set-tings[14] but are far from commonplace. Deming alsoexplained why reacting to common cause variation as though it is special cause variation and vice versa actually leads to increased variation in the system; he uses an elegant experiment, the ‘funnel experiment’ to demonstrate that this is indeed the case. Unfortu-nately, many healthcare organisations continue to use inferior methods of analysing and presenting data which do not identify special causes: reacting to com-mon cause variation as though it is special cause is endemic.

In a subsequent work, The New Economics,[15] Deming further refined his thinking, developing his ‘System of profound knowledge’. This he summarised as having four components: appreciation of a system, knowl-edge of variation, theory of knowledge and knowledge of psychology. Deming emphasised cooperation be-tween people and processes and the interconnectedness of each of the four areas as a prerequisite for continu-ous quality improvement. Towards the end of Out of the Crisis he described how statistical methods had failed in America:

..the flare of statistical methods by themselves, in an atmosphere on which management did not know their responsibilities, burned, sputtered, fizzled and died out. What men did was to solve individual problems. Control charts proliferated, the more the better. Quality control departments sprouted. They plotted charts, looked at them and filed them. They took quality control away from everybody else, which was entirely wrong, as quality control is everybody’s job.

His subsequent writing focuses on quality improve-ment rather than quality control.

In his time Deming commanded a following of almost religious zeal. His work continues to this day through the W. Edwards Deming Institute (deming.org) and in health care through the IHI. There are some excellent videos of and about Deming on youtube  (www.youtube.com). How relevant is Out of the Crisis today and should we read it? The simple answer, if you are interested in quality improvement, is ‘yes’. The book is well written, readable, has many examples and provides the key ideas for quality improvement in health. 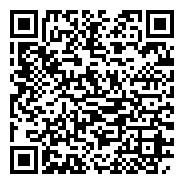