Obstructive Jaundice by a Retroperitoneal Lymphoma Mimics a Pancreatic Cancer: A Case Report

Context The retroperitoneum is an uncommon location for primary lymphomatous involvement. The retro-peritoneal localization is extremely rare and its diagnosis is often difficult. Because of the uncommon anatomic location, the diagnosis and subsequent management of these patients tend to be difficult for both pathologists and clinicians. Initial presentation of disease in this site (primary retroperitoneal lymphoma) is considered to be rare, especially when its presentation simulates a pancreatic cancer. Case report We report the case of a 63-year-old female affected by an extra-nodal non-Hodgkin lymphoma with an unusual clinical demostration, obstructive jaundice, presenting as a large retroperitoneal mass with an unusual clinical presentation mimicking pancreatic neoplastic disease. Retroperitoneal lymphoma invaded the pancreatic head and this caused obstruction at the biliary level. The patient, except for the presence of jaundice, remained asymptomatic all the time. The patient was treated with R-CHOP chemotherapy after percutaneous drainage of the bile duct. The chemotherapy dose was adjusted by hyperbilirubinemia. She had no significant toxicity and after four cycles of chemotherapy she had a partial treatment response. Conclusion The patient has completed eight chemotherapy cycles and now radiotherapy is being performed. 10-month of follow-up since diagnosis. We do not find similar cases in the literature. A brief review of literature is provided.

Lithiasis is the most common cause of obstructive jaundice followed by tumors. However, obstruction by lymphoproliferative processes is extremely rare, especially if it is a retroperitoneal lymphoma. Besides, diffuse large B-cell lymphoma (DLBCL) primarily arising in the retroperitoneal region has been rarely reported.

Lymphoma is a heterogeneous neoplasms group originating from lymphocytes [1] and until 40% of all patient with lymphoma have an extranodal lymphoma. DLBCL is the most common histological subtype of NHL [2]. The retroperitoneal localization is extremely rare and its diagnosis is often difficult [3, 4]; during postKmortem studies of NHL patients an incident of less than 1% was noted [3]. It often requires a time consuming and costly diagnostic workup.

We report the clinical case of a female who presented to our hospital with jaundice due to a retroperitoneal lymphoma. It invaded the pancreas and simulated a primary pancreas tumor.

A Sixty-three-year-old female presented with 7-day history of obstructive jaundice and soft abdominal pain. The patient denied any other symptomatology. Ultrasound of the abdomen revealed a mass in the head of the pancreas.

Computerized tomography (CT) showed a mass of soft tissue density contacting the pancreas head, from which it seems to depend, and dilating the common bile duct. This mass also included inferior vena cava and the aorta and displaced the mesenteric vessels. Other metastatic lesions were not observed (Figure 1). Figure 1. Computerized tomography showed a mass contacting the pancreas head, from which it seems to depend.

Fine needle aspiration cytology (FNAC) under control by endoscopic ultrasound was negative for neoplastic cell. Some days later, a ERCP (endoscopic retrograde cholangiopancreatography) was performed, and we observed a deformation by compression of the bulb and second duodenal portion, without being able to cannulate the papilla. Percutaneous transhepatic catheter (PTC) of the bile duct and core needle biopsy (CNB) was performed. At that time, total bilirubin (TB) was at 21.31 mg/dl and direct bilirubin was at 20.6 mg/dl. New magnetic resonance imaging showed an increase of the lesion from 9 to 13 cm in its major axis in less than fifteen days. The CNB sample was positive for diffuse large B-cell lymphoma. The immunohistochemical staining was positive for the following antigens: CD20, bcl-6, MUM-1 and bcl-2. It was negative for CK, CD3, Cd5, CD10 and CD23. Ki67 (cell proliferation index) was higher than 90% (Figures 2, 3). Bone marrow aspirate/biopsy (BMAB) was negative. FDG-PET (Fluorodeoxyglucose positron emission tomography) was performed and, in addition to the retroperitoneal lesion, showed a right femur metastasis. Based on these data, the disease was stage IV, according to the Ann Arbor classification.

Twelve days after PTC, when TB decreased to 4.49 mg/dl, the patient was treated by Rituximab-CHOP chemotherapy. The dose was adjusted by hyperbilirubinemia: standard dose of rituximab, 1000 mg cyclophosphamide intravenously, 1 mg vincristina intravenously and 25% of doxorubicin dose intravenously on day 1. In the third cycle, it was possible to continue with full doses since bilirubin had normalized. In addition, from the beginning of rituximab, we had to start treatment with lamivudine for positive hepatitis B virus serology (Anti-HBc and Anti- HBs positive), and it should be continued until 12 months after the last dose of rituximab, as a VHB reactivation prophylaxis. Epstein Barr virus, hepatitis C virus and HIV were negative. At the fourth cycle of chemotherapy, according to the standard RECIL (Response Evaluation Criteria In Lymphoma) criteria, our patient presented a partial response, with a significant reduction in tumor size (4.2×4.8×10 cm, previously 9.2×10×14.8 cm). PTC could be removed in the sixth cycle, when a plastic prosthesis could be placed by ERCP due to the decrease in tumor size. The patient has completed eight chemotherapy cycles and now radiotherapy is being performed. From the moment of diagnosis, the patient has a 10-month of follow-up with good performance status and stable tumor size since fourth chemotherapy cycle.

A primary retroperitoneal localization of non- Hodgkin's lymphoma (NHL) is quite rare and, according to our knowledge and after review of literature (Tables 1, 2), a retroperitoneal diffuse large B-cell lymphoma (DLBCL) with pancreatic invasion and obstructive jaundice has not yet been described. Lymphoma is a heterogeneous neoplasms group originating from lymphocytes [1] and until 40% of all patient with lymphoma have an extranodal lymphoma. DLBCL is the most common histological subtype of NHL [2]. Nearly 70% of lymphomas present a generally multilocalized, single or multiple lymphoadenomegaly, with involvement in almost 30-40% of latero-cervical lymphonodes. The retroperitoneal localization is extremely rare and its diagnosis is often difficult [3, 4]; during postmortem studies of NHL patients an incident of less than 1% was noted [3]. It often requires a time consuming and costly diagnostic workup. On the other hand, primary pancreatic lymphomas (PPL) is a rare entity that accounts for about 0.5% of pancreatic tumors [5] and less than 1% of NHL [6]. Although almost 30% of NHL can affect to the pancreatic gland, less than 1% are considered PPL [5]. The PPL diagnosis needs the next criteria: dominant mass in the pancreas, the absence of superficial or mediastinal lymphadenopathy on chest imaging, a normal leukocyte count in the peripheral blood, and the absence of hepatic or splenic involvement [7, 8]. Our patient had a large size neoplasm that invaded the pancreas (initially without being able to rule out a primary pancreatic neoplasm, although the radiological behaviour was not typical and the major volume of tumor was out pancreas), and that produced the displacement of the pancreatic head which caused obstruction of the bile duct, with secondary jaundice.

The incidence of NHL has increased approximately 80% since the 1970s [7]. The stage of the disease is classified according to the Ann Arbor staging system. Due to the uncommon anatomical location and the lack of symptoms in many of them for a long time, the diagnosis is usually late and the management of these patients is difficult. First presentation of NHL varies depending on the subtype and involved area [3]. Probably, although our patient had metastatic involvement at diagnosis, if the patient had not presented jaundice, she would have diagnosed later, because she was asymptomatic.

Morphologic tests (contrast-enhanced CT or magnetic resonance imaging (MRI)) are necessary for the diagnostic because they allow the lesion localization and characterization. CT is the diagnostic modality of choice, but MRI offers superior soft-tissue contrast in comparison with CT [9]. However, biopsy is the tool that offers the definitive diagnosis [1]. The radiological behaviour of our patient's tumor was not typical of pancreatic adenocarcinoma, since it displaced nearby structures but did not invade them. It only invaded the pancreas. The biopsy confirmed our suspicion.

Complete diagnostic evaluation requires the use of FDG-PET, a functional metabolic imaging test, which combined with computed tomography (PET-CT), has become standard pre-treatment imaging in DLBCL and may be a noninvasive alternative to BMAB to ascertain bone marrow involvement [1, 4, 10] . FDG-PET is an useful staging, prognostic and evaluation of response tool [1].

The poly-chemotherapy with CHOP represent the standard chemotherapy regimen for NHL treatment. It obtains a complete response in about 45-53% of cases, with a long– term survival of 30-37%, and few sideeffects [4]. New strategies with rituximab combination are being used to improve the prognosis of these patients [3]. Generally, the correct therapeutic approach to the extranodal NHL requires the integration of chemotherapy, radiotherapy and surgery, but it is the disease localization that will determine treatment choice [3, 4]. On the other hand, lamivudine should be used as a VHB reactivation prophylaxis in patients with rituximab treatment [11].

The prognosis has improved in recent years owing to the development of various aggressive chemotherapeutic regimens depending on the histological type, stage and age of each patient. Therefore, a definitive histological diagnosis is essential for the survival of patients with DLBLC and it should be included in the differential diagnosis of pancreatic tumor.

All authors have contributed equally to writing the manuscript. 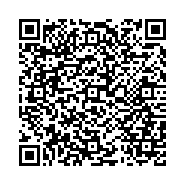