Gastric fistula has been a relative common complication after bariatric surgery and surgery for necrotizing pancreatitis. Management of Upper GI fistula has changed over years and today a three phase approach which includes diagnosis and resuscitation with interval nutrition, drainage of collections and final definitive nutritional management with surgical correction, if required. Aggressive nutritional support to combat this catabolic state is most important for favorable outcome in these patients. Prolonged total parenteral nutrition has its known serious complications and naso gastric/jejunal feeds are also not always successful in patients with upperGI fistula. In such case we discuss here an alternative mode for distal feeding through transhepatic route which has shown acceptable results with fewer complications.

Acute pancreatitis is one of the leading causes for morbidity and mortality around the world [1], with exponential increase in mortality with increasing extent of pancreatic necrosis [2]. Clinical trials have shown benefit of enteral nutrition over parenteral nutrition in terms of maintaining integrity of gut barrier, providing mucosal nourishment and thereby reducing bacterial translocation [3]. Tube feeding through a nasal catheter is the usual route and in the absence of gastroparesis, naso-gastric route is preferable over naso-jejunal feed [4]. However, in cases with duodenal obstruction and rarely gastric fistula, nasal route of feeding is not possible. We report here a case of acute necrotizing biliary pancreatitis complicated with a gastric fistula and unresolved biliary obstruction. The biliary obstruction was treated by percutaneous biliary catheter drainage and transhepatic catheter was advanced for jejunal feeding till the gastric fistula closed.

A young male with two weeks history of pain abdomen later diagnosed as gallstone associated acute pancreatitis was admitted under us for worsening intestinal and biliary obstruction and poor urine output. On admission his laboratory parameters showed leukocytosis and high bilirubin. His contrast MRI abdomen findings were consistent with acute necrotizing pancreatitis, edematous gall bladder and gastric wall with perigastric and peripancreatic collections with features suggestive of distal CBD calculous. Patient had features of septic shock for which he was managed in ICU. A percutaneous cholecystostomy was carried out and the infected collections were drained percutaneously. For biliary obstruction a percutaneous transhepatic biliary (PTBD) catheter was also placed to dislodge the CBD calculus as an ERCP was not considered safe in view of haemodynamic instability. A Nasojejunal tube was placed for enteral feeding. After initial improvement, he had multiple episodes of fever which were treated by open necrosectomy. His fever settled but enteric contents were noted in the drain a few days later. A fluoroscopy study revealed presence of a gastric fistula. An attempt at endoscopic treatment of gastric fistula was made but was unsuccessful. The patient was taken up for repair of gastric fistula and cholecystectomy on the 29th post necrosectomy day. A feeding jejunostomy could not be made as there were dense adhesions. The repair of gastric fistula failed. Nasojenunal catheter was not solving purpose of adequate gastric drainage and was also causing reflux of duodenal bile which was evident at fistula site thereby hampering its spontaneous healing.

His internalized PTBD catheter was then pulled up for external biliary drainage and another trans hepatic biliary catheter was placed and advanced into the jejunum for feeding (Figures 1 and 2). Bile refeeding along with elemental diet was provided through the trans hepatic catheter. The stomach was drained by a nasogastric tube. Fistula output gradually reduced and he was started with small oral feeds which he tolerated. Feeds were also continued through Tran’s hepatic catheter. Catheter related complications included occasional catheter blockage occurred which required aspiration and flushing. His output from external fistula gradually decreased and his oral feeding was reinitiated. His general condition improved and catheters (PTBD and Transhepatic Enteral feeding catheter) were removed after around 12 weeks of necrosectomy. At the time of discharge patient was on complete oral diet, his external fistula output was less than 20ml per day and was in declining trend. His hospital discharged further was delayed as he tested positive for COVID 19 infection.

Our case highlights how difficult it can be to treat Acute necrotizing pancreatitis. Once the Systemic Inflammatory Response Syndrome settles, intra-abdominal complications can range from infected collections, intraabdominal bleeding, mesenteric venous thrombosis, biliary obstruction, and intestinal fistulae. The clinical paradigm has changed from aggressive comprehensive surgical management to staged management using all possible interventional modalities [5]. During this long period of recovery, feeding must be ensured otherwise the outcome will be poor [6]. Early initiation of enteral feeding whenever possible is now considered an essential part of therapy as it has shown to have fewer septic and fewer overall complications in comparison to total parenteral nutrition (TPN) [7].

The development of enteric fistulae following necrosectomy makes enteral feeding a challenge in these patients with the most notorious being upper GI fistulae. Although TPN could have been considered in this case, our experience with TPN in sick patients in Indian setup is prone to multiple problems such as cost and infective episodes. Feeding through a nasogastric tube was associated with instant leakage of feed through the main wound. The nasojejunal feeding tube was associated with significant reflux and drainage from the main wound. At this stage, operative repair of gastric fistula was considered which was carried out with great difficulty and a feeding jejunostomy could not be carried out because of dense adhesions.

Unfortunately, the gastric fistula repair failed and we changed our strategy to drainage of biliary system, drainage of stomach by a nasogastric tube and feeding through a PTBD advanced into the jejunum. This method worked with gradual healing of the fistula. During his long hospital stay, he developed COVID 19 which delayed his discharge.

In this case transhepatic placement of feeding catheter was rewarding as it allowed for distal feeding and also recycling of bile could be done. This technique of transhepatic feeding has had very limited use except following liver transplant where transcystic duct feeding has been reported in sick patients. In HPB surgery, it was first described in 1994 for feeding in a patient of bile duct cancer with duodenal obstruction [8]. This technique has not shown any infection related complication and has proven to be efficacious in our patient. A small luminal caliber had problem of frequent obstruction which required timely flushing along with proper catheter care. In our experience transhepatic jejunal feed is good alternative which can be considered in rare circumstances where proper route to access and establish enteral nutrition is difficult. 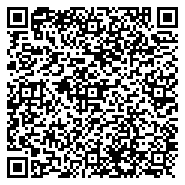