Macromolecular Flocculant with the Function of Trapping Heavy Metals

For above reason, the strong ligands of heavy metals (e.g. dithioic acid or salt group) are designed to be grafted to some macromolecular flocculants (e.g. polyethyleneimine) as shown in following equations.

The new kinds of flocculants synthesized in such principle have the function of trapping heavy metals through chelation reaction as shown in follows.

Therefore these new flocculants could remove not only turbidity but also various species of heavy metals in water. Here these kinds of flocculants are referred to as Macromolecule Heavy Metal Flocculant (MHMF). Because MHMF has the two functions above, it is possible to reduce some treatment units in water treatment, for example, chemical sedimentation, adsorption, ion exchange, etc, so the water treatment system could be simplified greatly.

The experiments both in laboratory and in plant show that MHMFs are capable of removing many kinds of heavy metals including Hg2+, Cd2+, Pb2+, Cr3+, Ni2+, Cu2+, Zn2+, etc. and characterized by less flocculant input, applicability to lower pH value of water, higher settling velocity of flocs and higher removal efficiency compared with conventional inorganic flocculants, such as polyaluminium chloride (PAC), and conventional macromolecular flocculants, such as polyacrylamide (PAM),

It is well known that various traditional precipitation methods have been developed for the removal of heavy metals from wastewaters. However, precipitation with conventional precipitants (hydroxides, sulfides, phosphate, etc.) often produces a tiny precipitate which settles down slowly, therefore, it cannot always give satisfactory removal efficiency to meet the limits of discharge standard, and generates considerable amount of sludge. It was proved that compared with chemical precipitation, MHMFs showed remarkable advantages, for example, they are applicable to the wastewater with lower pH values, the flocs produced by them settle more quickly and are much easier to separate from water, the amount of sludge produced is much less, etc.

In summary, MHMFs show very good prospect in both research and usage when treating the wastewater containing both turbidity and metal ions. 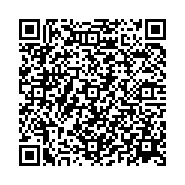